Corruption and racism in Alabama??? 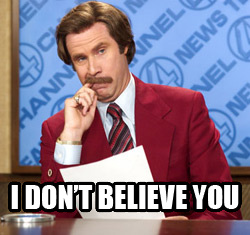 It’s so big, so many lives damaged and destroyed. Now would be a good time for some strong words from the president, and a major investigation to be started.

Legal question - if people wrongfully put a person (or in this case 1000 people) in prison and one or more of them die in prison, is that a homicide?

Legal question - if people wrongfully put a person (or in this case 1000 people) in prison and one or more of them die in prison, is that a homicide?

Morally sure, but I’d be completely shocked if any thing like it has gotten beyond a wrongful death lawsuit (although I am sure there have been many of those).

What the Michigan is wrong with Alabama?

I’m against the death penalty but these guys are sure putting that resolution to the test.

HEY… language! What the Boston is wrong with you?

A related question that I already know the answer to but still want to ask - why aren’t prison guards and administrators ever convicted of being accessories to the assaults and rapes that occur in prison?

Because most people don’t care.

Exactly. Guards are there to keep people in. Not ensure their safety while in there.

What are the odds that anything more than a few cops being laid off results from this?

Because too many people think that being a convicted criminal means forfeiting all rights. And then those same people wonder why recidivism is such a problem.

And Dothan is such a nice, pleasant place to be! {snicker}

I don’t usually support capital punishment, but in cases like this I certainly do.

Maybe, but there are/were evidently a fair number of Dothan cops who said “Fuck this shit!”

That, to my mind, is the real “bombshell” in this story: not that there are racist and corrupt cops running a PD in Alabama, but that at least a large part of the impetus to overturn all this is coming from cops within the department. It almost restores my faith in humanity, it does.

This might get token effort, but a sizable number within the PD are evidently disgusted enough to be near the point of kamikaze. I say this advisedly: they have to know that their anonymity will be stripped before the kind of DOJ or Congressional enquiry they’re calling for.

This, also, is going to make token punishments difficult:

Members of the Henry County Report have spent weeks analyzing the documents. The originals, secured at an N.G.O. in Canada, are being shared directly with attorneys in the U.S. Dept. of Justice Civil Rights Division, and are being made available to the lawyers of those falsely convicted that seek to clear their names.

I don’t know how good the NGO’s security measures are, but there isn’t going to be any legal way to suppress the evidence - I really don’t think our government up here would get behind a crackdown on the servers.

The sentencing for this kind of offense, lying by cops and DA’s to wrongfully convict people, should never be less than for the consecutive length of all the possible, and actual, sentences of all of those who faced wrongful conviction or were wrongfully convicted.

There is no punishment too severe for this. None.

The “refutation” is interesting. He doesn’t seem to deny they all belonged to a racist group, only that he challenges anyone to prove they planted evidence.

There is no punishment too severe for this. None.

I’m sure they’ll get at least a slap on the nose with a rolled up newspaper and told not to do it again.