Originally published at: Couple who turned a waterfall blue for their gender reveal party are under investigation for environmental damage | Boing Boing

Are gender reveal parties just excuses for destroying everything in the immediate area at this point?

Wait. So they just could’ve left the water the color it already is?

Reveal Partygoer: It’s been 10 minutes since they went up there and the waterfall didn’t turn pink yet so I guess it’s a boy. I dunno.

Gender reveal parties came out of nowhere. They’ve gone from unknown to seemingly everywhere in a very short time, without ever not being annoying.

Why do we need them, given that we never had them before, and seemingly never missed them? Are they some kind of reaction against the new consensus that gender is an arbitrary social construct?

Gender reveal parties came out of nowhere. They’ve gone from unknown to seemingly everywhere in a very short time, without ever not being annoying.

Why do we need them, given that we never had them before, and seemingly never missed them?

They existed, but it usually consisted of the father handing out cigars, after the baby is born. Smoking might be a dirty habit but nowhere near as unpleasant as what people are coming up with for these occasions.

Are they some kind of reaction against the new consensus that gender is an arbitrary social construct?

They were originally a celebration of a woman who had a series of miscarriages before a sex could be visibly identified on the foetus. The child who was celebrated is non-binary and the mother regrets starting the trend.

Lets call it what it is: a sex reveal party.

It’s a genital reveal party, as sex doesn’t always match up with genitals.

Intersex people are individuals born with any of several sex characteristics including chromosome patterns, gonads, or genitals that, according to the Office of the United Nations High Commissioner for Human Rights, "do not fit typical binary notions of male or female bodies". Sex assignment at birth usually aligns with a child's anatomical sex and phenotype. The number of births with ambiguous genitals is in the range of 0.02% to 0.05%. Other conditions involve atypical chromosomes, gonads, ...

I am reading that statement as something like this…

Here’s the post from the woman explaining all that. I’m not sure the child identifies as non-binary, because in another recent interview, the mother said her daughter still uses she/her pronouns, she just often prefers wearing more masculine style clothing. So gender non-conforming might be more accurate. Who knows, though, the child is 13. Anyway, the rest of her Facebook page is really interesting. She (the mother) ended up going to law school and is in her final year. Seems like a very cool person.

Hey - everyone in that town knew this couple and was on tenterhooks as to the answer. So they just turned their taps on to see if the water was pink or blue. Mass communication has really come on in leaps and bounds lately. /s 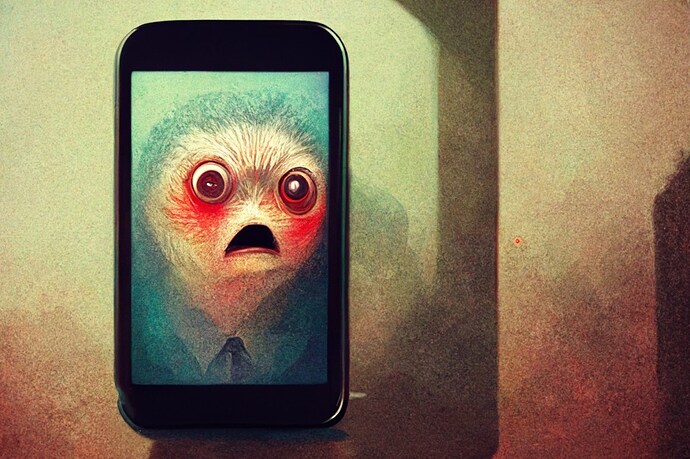 The gaping butthole that keeps on giving, internet shock image “Goatse” has been shared with parents all over the United States via the school messaging app Seesaw. Seesaw claims to cre…

Either that, or gender reveal as in “We, the parents, are revealing to the world which gender we plan to impose on our child.”

I had the good fortune of visiting Parque Nacional da Chapada dos Guimarães, where this waterfall is located. It is a beautiful area, but is already heavily impacted by soybean, corn and cotton agriculture in the plateau above the park - these crops consume vast quantities of water that either reduces flows downstream or is returned polluted. That makes it all the more disheartening that people would use these streams for a vanity project. I couldn’t find what they used to dye the water, but what if it was copper sulfate which is highly toxic to aquatic life?

There is probably significant overlap between people who’ll throw a gender reveal party and people who won’t think twice about polluting a waterway.

Also it is not like this is limited to Brazil…

Or perhaps we shouldn’t have such parties or even really worry about the sex and gender of children until they’re at least old enough to talk.