Humans of Earth, stop with the gender reveal.

I don’t understand why people feel the need to do these. Remember the days of just asking “do you know if it’s a boy or a girl?”?

A very intelligent person I know, who is expecting, has told me she’s planning a gender reveal party with an elaborate event…I’m sad to say my opinion of her dropped a bit of her. I don’t understand why it matters? Plus occasionally, they’re wrong, you know. We were told my son was a girl by our doctor. It’s a good thing we went with a neutral Disney theme in the room decoration!

I wasn’t technically there, so I can’t say for sure if I had a gender reveal party.

I hope the civil lawsuits from victims of the fire follow for the morons who started it.

In our neck of the woods, or the woods that used to be there before the gender reveal party burned 10 thousand acres of them to the ground, that law suit is proving to be a hollow endeavor, so far…

The parties that are just like a cake with a different color inside are fine, if kind of why? But the consistency with which these dumb things start fires or otherwise go haywire blows my mind.

FTFY. If we start calling these stupid things what they are, perhaps embarrassment will dissuade more parents. I won’t hold my breath.

I propose switching to species reveal parties (explosions and fires strictly not allowed). Expectant parents get together and celebrate with friends with food and drink and whatever non-destructive games/activities they choose and announce if the baby is human.

Sure 100% of the parties will probably turn out to be a human, but just maybe you’ll be at the one with a xenomorph. Won’t that be exciting?

Sure 100% of the parties will probably turn out to be a human, but just maybe you’ll be at the one with a xenomorph. Won’t that be exciting? 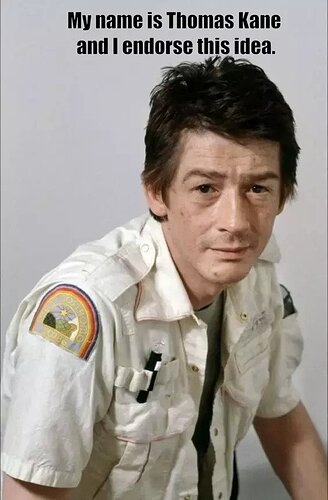 Feels like there should be a fine that is a bit higher than this - but not so absurdly hight that they could never pay, like a working family being asked to pay the full 6M it costs to fight. Make it hurt, like 5k, but not so high that it would be worth discharging through bankruptcy.

Make it hurt, like 5k, but not so high that it would be worth discharging through bankruptcy.

Why? It’s not like bankruptcy is a picnic. It is basically: you get to keep your tools, your transport (if you have multiple you generally only get to keep one), and depending on local laws maybe your primary residence, lose anything else and you get placed on a strict budget for a few years that basically eliminates all your free cash flow (however if your income goes up bankruptcy generally allows you to keep that).

I can’t imagine that being better then a $5k fine.

The “true cost” fine scales better as well. Some people can afford a $5k fine. Some people can’t really afford it, but can put it on some sort of unsecured debit, and then default on that. Some people won’t feel $5k. Some people would go bankrupt at $5k. For a $6M fine very very few people would be able to afford that, and almost all of them would feel it. The rest would get an identical outcome.

I wasn’t technically there, so I can’t say for sure if I had a gender reveal party.

Oh, I was there at mine, and I waved my willy around like there was no tomorrow.

(Though, to be fair, this was only yesterday.)

It used to be that it was very rare for a kid to have a birthday party where a bunch of friends were invited over. Now, in some circles, it is de rigueur for every birthday to be an event. And, because we can’t have some of the attendees feeling left out, all of the kids have to get a gift bag. These gender reveal parties feel like a continued ramping up of that whole thing.

they could still start a fire with an exploding cake

Or a cake of white phosphorus…

And at the one with the xenomorph I’m allowed to detonate a small thermonuclear device?

It’s the only way to be sure of the gender.

Just make sure nobody has an averse reaction to the filling.

Less than an acre sounds like a brush fire to me. Were any trees involved?