I’m glad they’re enjoying their twininess but as an identical twin myself I think that continuing to dress up the same as an adult is a little weird. But maybe it’s just something they do occasionally when they want to go viral on Instagram.

I’d be willing to do it if James Cameron paid us enough. 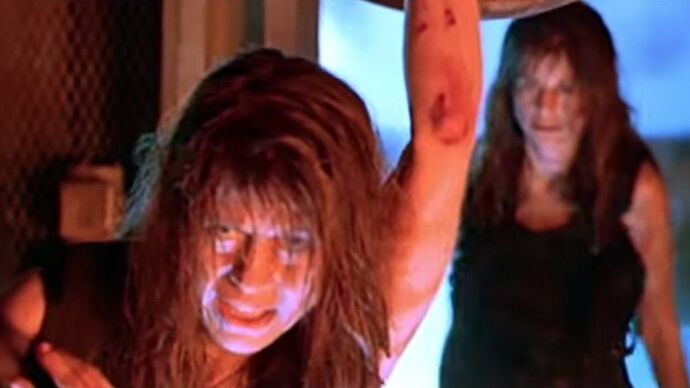 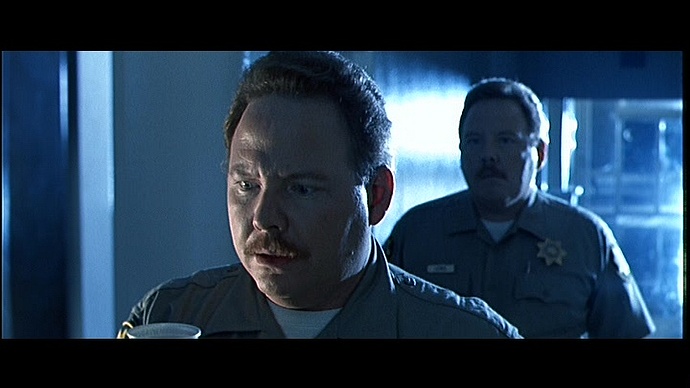 It was awesome that he spent so much on groundbreaking special effects for that movie but then went so old school with the doppelgängers. Even 1961’s The Parent Trap was more high tech in that regard, but sometimes simple is better. 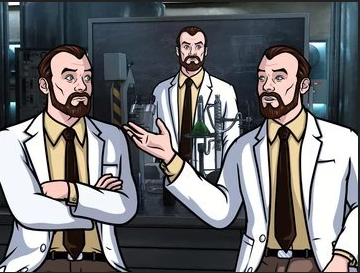 Nothing strange about this, right? Right?

Our oldest are twins (b/g, though). From the beginning we made a point of treating them as distinct individuals and never referred to them as “the twins”. Of course, they heard it plenty from relatives and the public, but we made sure they knew they are individuals and not two halves of a whole.

Having said that, when they were in the womb they were in yin yang configuration facing each other and their hair parts on opposite sides of their heads. Kinda weird.

I get that the babbers are “brothers” in Punnet square terms, and obviously they’re cousins, but I don’t see how they’re “twins”. They didn’t share a womb and they aren’t genetically identical – is “quaternary twin” just a tautological description of their particular relationship?

Twin seems to be beyond reach. Genetic sibling.

another interesting genealogical tangle would be created if a father and son married a mother and daughter where the father married the woman’s daughter and the son married the mother and then each pair had children. take the case in which they each had a son. in that case the children would be both uncle and nephew to each other. this would be a difficult part of the family tree to diagram.

I think that continuing to dress up the same as an adult is a little weird.

I used to work at a grocery store with a pair of identical twins. Everyone had to wear the same generic uniform. That used to confuse the customers quite often, especially because they were both cashiers.

Which is highly doubtful. Siblings.

I get that the babbers are genetically indistinguishable from brothers

Even that statement is assuming you’re not counting the epigenetic differences between the parents, which change over time. Advanced gene sequencing could still determine who was the parent of who.

A twin approach to unraveling epigenetics

The regulation of gene expression plays a pivotal role in complex phenotypes, and epigenetic mechanisms such as DNA methylation are essential to this process. The availability of next-generation sequencing technologies allows us to study epigenetic...

The last time I remember @Otherbrother and I wearing (basically) the same outfit was at his wedding when we were both in tuxedos.

During the reception one of his bride’s guests was apparently shocked and appalled to see the man she believed to be the groom laying a full-mouth kiss on my wife without even trying to be discreet about it.

Epigenetically, at the very least, both parents would be different, but DNA tests won’t pick that up. I’d never really thought about how DNA-based genealogies effectively collapse identical twins into a single data point, making situations like this doubly problematic for accurate tracings of lineages. (And how, on the flip side of the coin, the children of genetic chimeras end up looking like cousins rather than siblings.) I wonder how often marriages like this have occurred, historically - I assume they’re a lot more common now than in eras where people’s mates came from a couple mile radius. Still, it’s yet another issue with ancestry DNA tests…

Twin seems to be beyond reach.

I guess what they’re saying is that the kids are close enough in age and genetics that they’re effectively fraternal twins? Still a stretch though.

Off topic, I think, but: I’m one half of non-identical twins. I’ve avoided the whole potential issue by not having children. But my twin and her ex-partner have two kids. Another sibling and her husband also have two kids. The ex-partner and husband are cousins, so the kids are both cousins and aunt/uncle to each other? That doesn’t feel correct as I’m writing it, though. Can anyone confirm or clarify?

I used to work at a grocery store with a pair of identical twins. Everyone had to wear the same generic uniform. That used to confuse the customers quite often, especially because they were both cashiers.

I was hoping you were going to say that one of them was a manager. Somebody tells the non-manager one of them, “I want to see the manager!” Hilarity ensues.

The ex-partner and husband are cousins, so the kids are both cousins and aunt/uncle to each other?

The way you describe the relationship I don’t think they’d be aunts/uncles to each other. Seems to me that they’re simultaneously first cousins and second cousins to each other.

Isn’t that the premise of “I’m my own grandpa”