Glad to see we are in lock step with third world industrialized countries.

“The new cases also skew younger, making them less likely to be serious.”

This take seriously misses the point that a wave of younger cases will inevitably lead to transmission to older adults.

Pffft. This is nothing.

When the economy attempts to re-open to pre-covid standards, there will be many, many more deaths. What should be happening now is a massive collaborative effort to re-tool our country to allow for distance work, learning, health, etc.

Instead most people are trying to go back to “normal”. Guess what…

What kind of incompetent clown keeps putting out these worthless charts that have absolute numbers of people (infected, dead, transformed into dragons, etc.) instead of per capita numbers?

On this chart, India looks nearly as bad as the US and Brazil, but then we remember that India has about three times as many people and the rest (UK, Germany, etc.) barely show even though per capita they don’t look nearly so good.

The new cases also skew younger, making them less likely to be serious.

Sure, the initial wave. And then the younger superspreaders go out and infect all the older susceptible people, resulting in the serious cases.

How many times do we have to hear a partying millennial say that “I can take my chances with it. I am not afraid.” It’s not about you. It’s about the people you infect. And, no, you’re not afraid; you’re an ass.

And I’m tired of being right about this administration all the time.

Actually, I was a little wrong. I assumed that we would actually drive the curve down to about 50% of max and hover there with occasional spikes. Looks like we may set a new record in a week or two.

Courage is the complement of fear. A man who is fearless cannot be courageous. (He is also a fool.)
---- Robert A. Heinlein “The Notebooks of Lazarus Long”

Here’s the top 10 normalized by population, from https://91-divoc.com/pages/covid-visualization/ - to your point, India is not in the top 10. The number for India is about 10/million. U.S. is 86/million.

I’m getting so tired of hearing how the US is the greatest, richest, god-blessed, freedom havingest country in the world. Just to pick one country, Germany is poorer than the US on the basis of per-capita GDP, yet different priorities means their country has a stronger safety net, universal health coverage, free college, etc. They dealt with the virus with science, have it well under control, and can now start getting back to normal. They are also a fiercely competitive capitalist society.

Meanwhile, here I sit paying for 100% of my family’s health insurance, which is 18% of my income (I buy on the exchange and make too much for subsidies) and I have a kid in college. And I have to watch our incompetent president pat himself on the back for his “successful” handling of the crisis (which he considers over), while case counts are surging and he himself planned a super-spreader event that they were hoping would be attended by 50-100,000 people.

How many times do we have to hear a partying millennial say that “I can take my chances with it. I am not afraid.” It’s not about you. It’s about the people you infect. And, no, you’re not afraid; you’re an ass.

A fool of an ass to boot. More and more research is turning up the fact that even asymptomatic cases have residual organ damage in various places. You may be more likely to survive it at 30 than I am at near 70, but that also means you’re going to have a lot longer to live with the disability, poorer health, etc.

Curiously I had a long walk-and-chat with one of my sons who had mononucleosis almost 20 years ago and says he never did get back all of his energy. He still works out, but never got back the (as he calls it) “edge” that he had beforehand.

Fortunately, the Very Stable Genius has a solution.

Instead most people are trying to go back to “normal”. Guess what…

I wish I could shake everyone talking about returning to “normal” (and not just post-COVID “normal”) and say, no, that’s not gonna happen. “Normal”, at least as understood by Americans over age 55, has been unsustainable for decades unless you’re very wealthy.

I really don’t understand this. Europe had lockdowns that were very similar on paper to the US. They started and ended about the same time. But their curve is staying flat while US is not.
What’s the difference? Is it compliance and people in US not following instructions? Was there some small but crucial difference in the lockdowns? I just don’t understand.

link to DIY version of that chart from FT 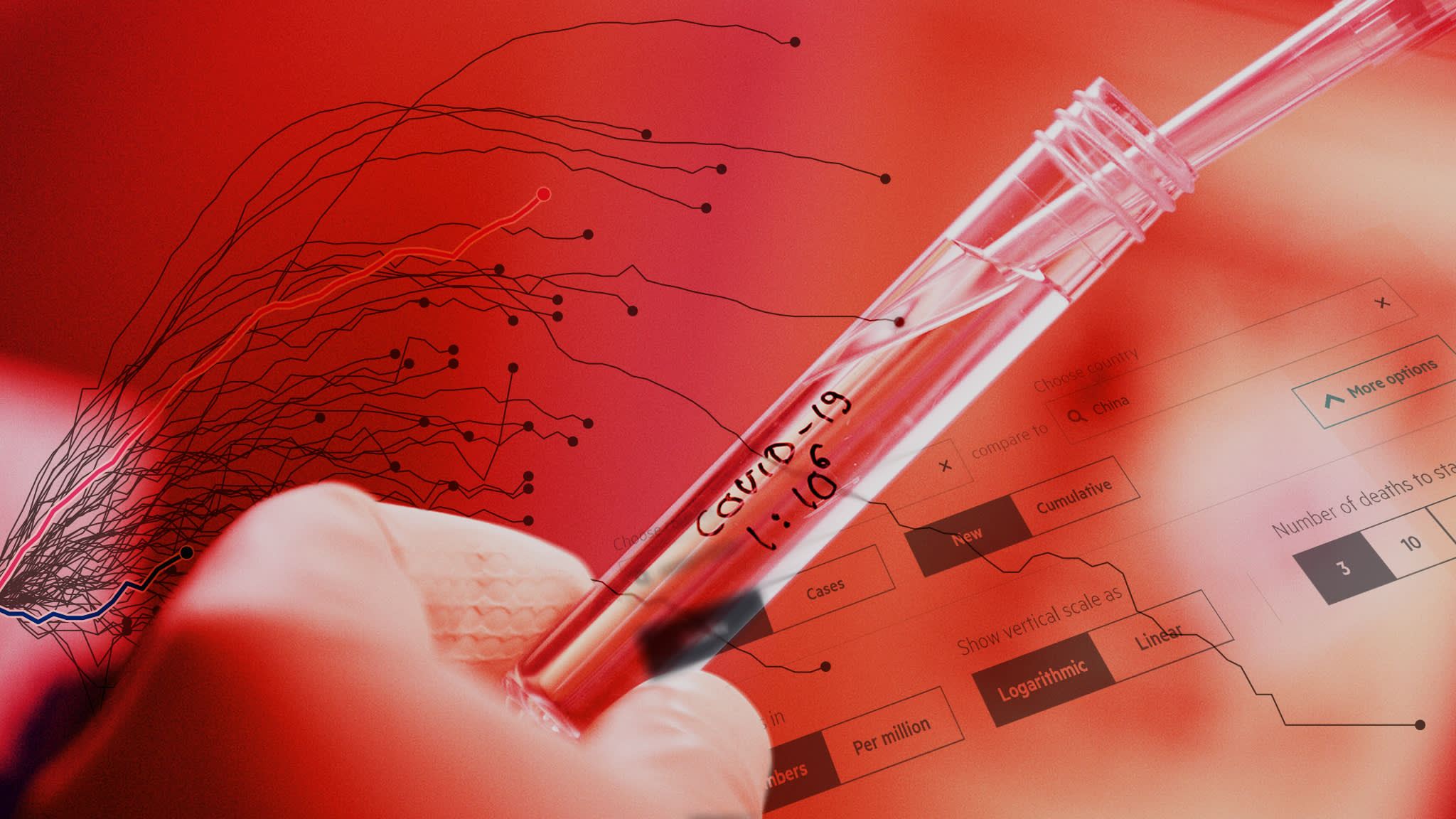 Free to read: Coronavirus tracked: has the epidemic peaked near you?

The US never ran those quarantines nation wide. Many of those red states that are currently rocketing up never closed up, or ran with a really loose, unenforced set of restrictions. Never instituted the most effective measures. And started “reopening” before their epidemics started to peak.

These are also the states that got hit a bit later, first cases weeks after places like New York. Critical mass of cases in multiple areas up to a couple months. So things are ramping up on exactly the time line you’d expect. Many of the states the curve never flattened, it just didn’t (and wasn’t going to) peak till around now.

Imagine if half of European countries simply didn’t respond at all.

Places like California, where things are genuinely surging after a fall, seem to have dropped some key measures too early. In particular the critical mistake seems to have been dropping mandatory masks for the public. Masks have turned out to be one of the most critical public measures. States that never required it, or dropped it too soon have run into problems. And NY has been clear and open that their numbers didn’t start to go down until they made public mask wearing mandatory.

Counterpoint to this: until the absolute numbers actually start to approach a significant percentage of the overall population size and the virus starts running out of people to infect, absolute numbers are interesting. They give you a pretty good idea on where in curve of exponential growth a given country, state, region etc. is.