Top epidemiologist on Covid surge: "Get ready...We are walking into the mouth of this virus monster"

Originally published at: Top epidemiologist on Covid surge: "Get ready…We are walking into the mouth of this virus monster" | Boing Boing

And yet everything has been re-opening, people are planning summer travel, and 30% of adults (including some healthcare workers) are refusing to get vaccinated. Because “freedom”.

And just look at that spring break mob down in Miami. 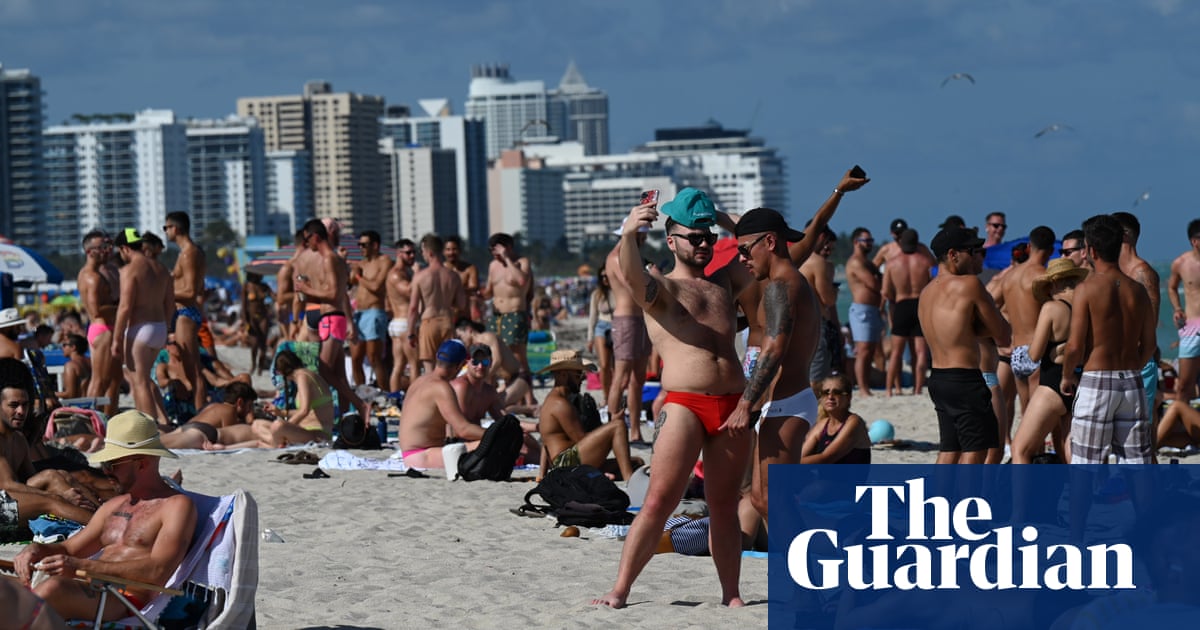 It’s incomprehensible how large the US’ death toll is compared to other countries (100x more than China, where it originated). The former president gets so little attribution of the blame for this. He’s responsible for 100000-400000 deaths. Meanwhile, 4 deaths at Benghazi required 13 hearings.

You know the saying: four deaths in an attack by outside sources is a tragedy¹, half a million mostly preventable deaths is a statistic.

It is. They all are. But the point being the difference of how we treat them. And yes, the above is extremely, very sarcastic.

There’s a big difference from Bengazi. That was when there was a democratic secretary of state, who they were desperate to pin any blame on, even if that blame was only failure to convince republicans in congress to allocate the money needed for the security.

In the case of the Pandemic, that was Obama’s fault, because he was the president 4 years earlier, and failed to prevent a pandemic from happening years after his term ended, and failed to prevent his successor from dismantling the pandemic response team that he had set up to deal with pandemics exactly like the one which happened.

[btw, that is sarcasm for those readers unable to detect it]

Of course, now that there a democratic president, and democratic controlled senate, they will say the pandemic is entirely Biden’s fault, and the surge especially his fault, despite the fact the reason for the surge is all the repub governors rolling back all preventative measures (social distancing, masks, etc), being done mostly to spite Bidens calls for continuing those preventative measures until the nation can be vaccinated.

[edit]
Reports from some Blue strongholds indicate the reason for the surge is that people everywhere in the US just plain suck and are giving up, rather then it being primarily a QOP related phenomenon. Still the worst timeline.

Looks like 2021 may just be wash-out like 2020, thanks whoever is to blame. Heading to Costco to stock the bar, again…

People have been really good about wearing masks around my area here in Brooklyn all throughout the past year. now? the only people I still see masked up are essential workers (when at work) and mothers of small children.

I think its true - here in NJ despite going gang-busters on vaccines our cases are spiking again.

Ugh, that sucks. Just a little north of you people are pretty compliant and I haven’t seen much change in how people are behaving publicly. Unfortunately, there is definitely a shift in sentiment that will probably lead to exactly what you’re seeing.

Western Washington has been pretty good about staying masked up, and our covid rates reflect it. It’s not perfect, and there’s a trend up, but it’s still a lot better than the big wave in december.

16% of the population is vaccinated? Let’s gooooo!

Got Pfizer round one today. Boost in 3 weeks. The line sucked, but I can’t complain since I’ve seen longer lines to vote in some neighborhoods.

I normally wouldn’t travel, but dad’s ashes are being interred at VA cemetery down in FL mid-May (I’m in MA) and my mom could really use the whole family together. Leaving the wife and kids at home to help stop spread.

Spring breakers: me and my friends were never able to afford (or interested in) traveling to exotic locations to puke up cheap tequila. Go to Home Depot, buy a few bags of play-sand, a tarp, and a decent kiddy pool for 100 bucks. Then get every guy to wear grass skirts and some lei and top it all off with tiki decor. No flight, no hotel, and get creative with the masks.

but it’s still a lot better than the big wave in december.

Nah you’re correct, but still; I see people mostly wearing masks, business enforcing the mandate/etc. I’m in a pretty blue city but everyone’s been pretty chill about it. Just got coffee from a drivethru and everyone in line had a mask and they enforce it.

I think WA had that initial shock of being the starting point for the US so hopefully that’s helped. The lifecare center was like one zip code away from me.

Reports from some Blue strongholds indicate the reason for the surge is that people everywhere in the US just plain suck and are giving up, rather then it being primarily a QOP related phenomenon. Still the worst timeline.

Yeah, here in the Bay Area, everything is opening back up and everyone just seems done with the pandemic. Even though it isn’t over.

I’m pretty pissed at Newsom. He hasn’t seemed to do much leading and a lot of caving to the red portions of the state. (Mind you, I won’t vote to recall him, because that’s republican horseshit, but man, I ain’t voting for him in the next general election.)

30% of adults (including some healthcare workers) are refusing to get vaccinated. Because “freedom”.

No doubt these are the same reality denying, anti-science, anti-vax, Trump worshiping, Q believing pinheads that have mucked everything up for everyone.

From now on I will just refer to this group as the B-Ark’ers.

oh, i didn’t mean that as a criticism or anything. i think y’all probably managed to keep your numbers down through good practices.

the holidays completely overwhelmed those practices in part because so many people were moving from state to state, or taking a risk because of expectations of what christmas is supposed to be

i guess i was just thinking we all might see numbers rise like that again because easter. a lot of people are going to get sick going to church, or breaking bread together

maybe, actually, the doom and gloom is part strategy. to get the message out without republicans screaming about canceling bunny time

I’m sorry to hear this. Here in Michigan’s bluest bubble, masks are ~ 100%. As in, most of us won’t get out of our cars without one on, and I see tons of people wearing them, by themselves, driving their cars.

I guess we have some radical peer-pressure here?

Well, at least all this widespread distaste for science combined with the pathetic inability to sacrifice not just for the greater good but survival itself has solved the Fermi Paradox for me.