Even Kryptonite’s flagship lock, the New York Fahgettaboudit 1415 Chain, made with 14mm thick hardened steel, can be broken with an angle grinder in ~2m30s. And with bystanders like the ones in the video above linked by @enso, even that might be enough time.

ETA: Seems Kryptonite has since upped their security game with the New York Legend chain. 15mm hardened steel and an even less breachable padlock.

(Ignore the linked reviewer’s claim that this isn’t a portable lock. Throw it in a rear pannier and the weight will practically disappear.)

t’s the same reason you don’t dig spike pit traps in your backyard or plant mines in your lawn:

My reason for not doing this is that digging is a lot of work and landmines are expensive (or at least difficult to obtain here in Wisconsin.)

OK, actually, I wouldn’t do those things because the neighborhood dogs or other animals might get hurt, but I can generate a certain amount of sympathy for people that want to keep out the world, even if I don’t agree with their methods and think they might be going a tad overboard. I recall a long-ago client who was telling me that he had received a letter from the city telling him that the needed to alter the 6’ tall fence enclosing his yard, as the spikes along the top were too sharp and someone might get hurt if they climbed over it. We both agreed that the city seemed to be missing the whole point of a fence. 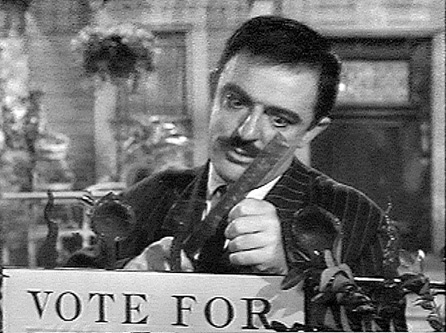 TLDR: Yeah, I do think this is a bad idea, but I can understand the reaction.

Would it be better if the barf spray was replaced with the same type of dye they use in bank anti-theft packets, but a smaller radius?

I don’t know the packets’ safety characteristics, but this seems as though it would potentially be a much more legally and morally defensible product.

cities have paid parking lots with attendants, wouldn’t it be great if for a few bucks they’d watch bikes in a special secured area and have a valet style receipt, so you can check and retrieve your bike?

maybe this exists, but i’ve never seen it.

That’s a great idea, which wouldn’t cost much to implement, I’d think.

Now you’re onto something.

I’ve seen fenced-in bike areas in garages and rarely in private lots. Commuter train stations have bike lockers. So does the hospital, come to think of it.

Or some asshole slapping one on a bike he doesn’t own, for the lulz.

The Skunklock is a $109 crowdfunded gadget that contains pressurized vomit-inducing gas the creators call “Formula D_1,”

I’m going to instead invest my $109 in Halliburton (HAL) stock and within a year I’ll be able to afford Formula D_2. 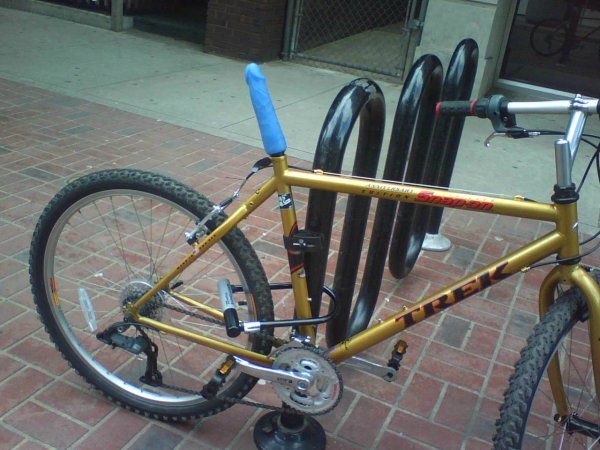 Take the seat with you and leave it like this.

The quumfing/snufty/snarfing/snifters/saddle sniffers are going to love that seat.
(bicycle seat sniffers…)

And then they come back in 5 minutes and take the bike anyway. What, if you punish them they stay away? People aren’t puppies.

So does this come in a “Hey, I’m not a signatory of the Ottowa Treaty…” version?

If you happen to be allergic to the ingredients in the gas, you can die (i have a friend who has a severe allergy to peppers - she doesn’t dare attend rallies or demonstrations because one whiff of pepper spray can kill her).

Based on the text in the legality section, it sounds to me like this “vomit-inducing gas” is largely just pepper spray.

Though I admit to amusement that that section is effectively “Yes it’s legal. (May not be legal in some states.)”

The same boing boing that condemned any usage of pepper spray by LEOs is linking this?

Well, to be fair, they linked that too.

Depends on the laws in your state.

Booby traps are illegal under federal law in the United States.

Would it be better if the barf spray was replaced with the same type of dye they use in bank anti-theft packets, but a smaller radius? Why are your hands and shirt bright purple?

That would be legal, at least at the federal level. Right up until somebody who was allergic to the dye had to go to the hospital…

It’s going to be kind of like a Schrodinger store, where even the mention of something being kickstartered then simultaneously creates the thing on Alibaba while ensuring the Kickstarter creators take your money and scamper away.