The Powerpuff Girls cartoon (at least the original set of it) was wonderful in so many ways, and I think that the idea of little girls being ultra-powerful heroes, but still completely themselves, is inspirational.

If this series speaks to the changes people who were children when PPG were introduced have gone through, it will be a great thing. I’ll give it a go with hopes moderately high, given Cody’s involvement.

Dragging the whole concept of live-action adaptations of cartoons is a little tired, but I’m having a hard time resisting in this specific case. Powerpuff girls, like many in the wave of semi-absurdist, post-modern Saturday morning cartoon of the 90s, relied heavily on its non-realist style, timing and characters. I just don’t see how you strip all that away and have it still be worth it being the same IP. Unless it’s an extremely aware commentary on what it is (along the lines of a classic SNL parody of a cartoon) it just seems so bizarre.

Buttercup has spent her adulthood trying to shed her Powerpuff Girl identity and live an anonymous life.

Seven Up! for superheroes? 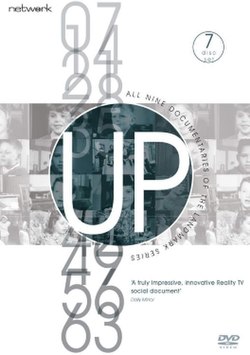 The Up series of documentary films follows the lives of fourteen British individuals since 1964, when they were seven years old. The first film was titled Seven Up!, with later films adjusting the number in the title to match the age of the subjects at the time of filming. The documentary has had nine episodes—one every seven years—thus spanning 56 years. The series has been produced by Granada Television for ITV, which has broadcast all of them except 42 Up (1998), which was broadcast on BBC...

Here’s hoping for a proper casting of Mojo Jojo. To this day there is an associate who is quietly referred to as a lost clone of Mojo because he has that same way (that is to say rather than a different way) of self parenthesizing (as opposed to regular parenthesizing (which one might try to avoid in general (unless the situation calls for it (as in suggesting a master deed or other accomplishment of rare deviousness (which might not actually be devious as much as cunning (which one might deem to be a special trait or super power wherein cunning (etc (now i’ve done it, i have to count to get the correct number of closing parentheses (especially the ones from which i’ll never i’ll never return))))))))) (“uh… Andy Dick?”)

I’m trying to combine “fighting crime and the forces of evil” with an anonymous life, while not thinking of every superhero with a secret identity. Part of the fun of the original was that the PPG were part of a wacky small town community, everyone knew them, and this was just a part of their normal daily lives. I fear this means they won’t live in Townsville, but I can’t imagine the town surviving their absence.

so, a villain of the week with a season long underlying story arch. romance. poorly written comic relief that tries too hard. sounds like a cw show. i don’t understand why the need to brand it with the PPG title. seems like someone had a weak idea about a trio of teen superheroes and someone else said ‘oh, you mean like the powerpuff girls?’ and the boardroom went wild.

The concept is tired but even more so are gritty reboots or modern reimaginings. For certain things those things combine real well but Powerpuff Girls is such a fun show and i don’t see a need to make it live action. They’ve already tried rebooting the show twice now with bad results, i can’t see how live action will end up with something worthwhile and relevant. But i guess we’ll see…

Maybe we’ll get the ultra CW crossover event to overshadow the Arrowverse’s Crisis of Infinite Earths. Get Mojo Jojo to try an take over Riverdale and the Powerpuff girls come in to try and stop him, but it’s too much so Sabrina comes from Greendale into help. But meanwhile, Nancy Drew and crew are on a road trip and they get caught in the mystery as to why Mojo Jojo is in Riverdale in the first place and what spirits are there to help them out.

I look forward to the casting of the mayor of Townsville.

You know what makes me uncomfortable about PPG?

I believe that any story idea can be turned into a great story, regardless of how fantastic, ridiculous, or goofy it is. But this one is going to be a big lift.

Its got Chloe Bennet, I’m on board. Its CW, so its bound to be cheesy and at least worth hatewatching if awful.

I didn’t see the villain as transphobic, they never specifically made fun of or denigrated Him for being different. He always struck me as really weird but i never got the sense that the character was mocked because of it. But i haven’t seen the show in forever so who knows what my memory is like.

One interesting aspect of a live-action Powerpuff Girls show is that it opens the door to a live-action cameo from the Gorillaz since they exist within the same narrative cartoon universe. 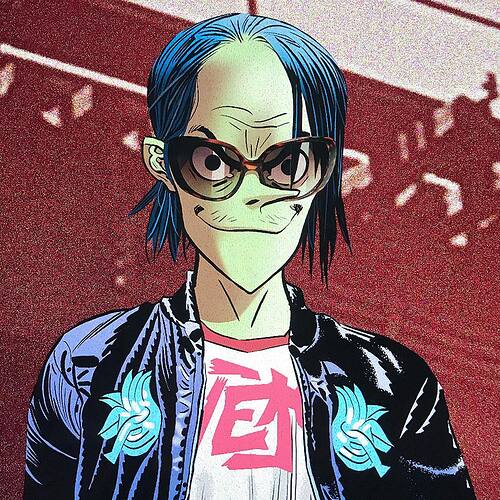 Ace is a character from Cartoon Network's 1998 animated series, The Powerpuff Girls. He is the leader of the Gangreen Gang, a group of hoodlums based out of Townsville. He is the bassist for the Gorillaz' sixth studio album The Now Now, and served as...

Thank you for the good work you have done here, sir/madam/other.