Cyclist wins part of race before running over his wife, sending her to the hospital

Originally published at: Cyclist wins part of race before running over his wife, sending her to the hospital | Boing Boing

Oddly, although the racer admitted his brakes didn’t respond, he also seemed to blame his wife for the accident, saying “She knew there was going to be a sprint finish and I don’t understand why she didn’t get out of the way,”

While blaming the victim is always bad form, she had to have jumped over the fence to get onto the track. Maybe don’t run onto a race track?

Edited to add: At the end (28 seconds into the video), the track is completely fenced off.

She might have had a press pass as a photographer, and had official access to the course. If the two weren’t married, the blame would definitely go to the photographer unless the cyclist manuevered to run over the photographer.

Get a better lens, stay off the track. Hope she doesn’t plan on covering any F1 races.

If the two weren’t married, the blame would definitely go to the photographer

It might anyway, but if my wife got injured in an accident trying to take a good picture of me, I’d hope I wouldn’t publicly asked why she made a mistake. That seems to me like a lapse in empathy for his partner.

Don’t get me wrong, I’ve absolutely thoughtlessly shown my ass at times. Fortunately the people who care about me have called me on it and I’ve apologized and tried not to do the same insensitive thing again.

It might anyway, but if my wife got injured in an accident trying to take a good picture of me, I’d hope I wouldn’t publicly asked why she made a mistake. That seems to me like a lapse in empathy for his partner.

Bingo! Even if it wasn’t his spouse, he should show more empathy for her very serious injuries. My point is mainly that it is possible to recognize cause-and-effect without being an asshole about it.

More than a couple of signals tells me this guy is an asshole and his wife should – if she hasn’t already – ponder on the possible future of their relationship. Just my opinion.

I don’t disagree at all about the lack of empathy. The only thing I would say is that those are terrible conditions - really, really wet - and braking from sprint speed with a pretty big bunch peleton is going to be really hard to do safely. Nobody should be in the finish funnel - it is a dangerous thing to have done and could have caused a big pile up.

Again - nasty behaviour on his part and it’s awful that she was injured - but I can see someone saying that in the shock of the moment.

When I was 11, my dad ran over my arm on his bicycle. Accident. I wiped out on my bike in front of him, he couldn’t stop in time. Broke my arm.

I never let him forget. And he’s not an asshole like this guy. So, I’d say that marriage is on rocky footing.

Trouble with braking? Maybe he should have paid attention to the signage? 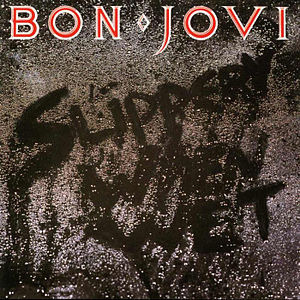 He lifted his arms when he won (taking his hands from the brakes), and at that speed there is no way to stop quickly on wet bricks. What I don’t understand is how he couldn’t just ride around her. The guy is experienced passing in tight quarters. If she was still as she took the photos, he should have been able to avoid her easily.

There is another video where the crash can be seen. She was on the position reserved for photographers which is behind a line at an angle across the road (some times there are two lines that leave a zigzag path for the cyclists), so she might have a photographer pass. In this case the finish line was too narrow, and on wet bricks. And I think he has rim brakes. On rim brakes on wet the first two or three wheel turns after you brake have nearly no effect.

The worst part is the post race interview where he doesn’t seem to be very worried for her. More than the stitches is that she looks like she had a concussion.

Everybody was out of the line, that can be seen at the end:

but the other where aware of that fact and moved quickly.

Bingo! Even if it wasn’t his spouse, he should show more empathy for her very serious injuries.

Out of context I’m not going to criticize him at all. Who know if he was wallowing in concern for her, just muttering to himself “…I just don’t get it…why didn’t she move out of the way…?”

People say all sorts of things after a traumatic event and get quoted. Or laugh at an inappropriate time thinking of something, and get their picture taken being “less than respectful” of something or other.

Holy smokes, she was standing right in the middle of the path. Not good!

It’s the photographers’ job to stay out of the competitors’ way, not the other way around. It would have been gallant of him to pretend it wasn’t her fault, but how is that possible?