Wait, it was Matt Damon & Casey Affleck the whole time…?

Dammit, didn’t they learn anything from The Residents, The Blue Man Group, or Deadmau5?

You’re wearing a helmet. Nobody knows who you are! Just pass the torch down to the next aspiring hip French electronic beat-maestros. Why not branch out even? Daft Punk Vegas. Daft Punk Broadway. Daft Punk Dubai.

Maybe it ended years ago but the new Dread Pirate Roberts couldn’t find a worthy successor?

It’s natural to be sad to learn that a band you love will no longer release new songs.

I’m just saying I don’t buy it, based on the stats that (as I make them up right now) show that 97% of rock bands get back together at some point (unless a key member dies, and even then sometimes they still do)

Nirvana has managed to stay split up too

and even Nirvana still jams officially 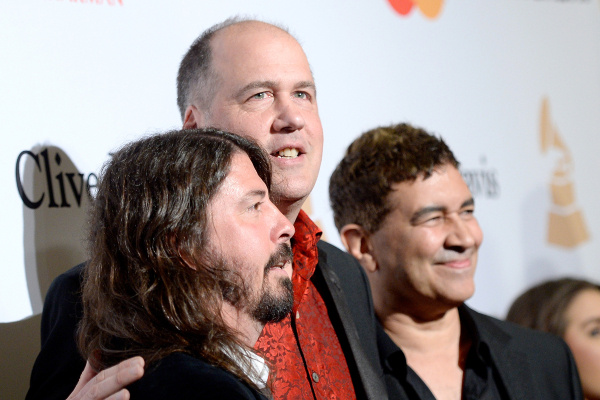 Dave Grohl, Pat Smear, Krist Novoselic Sometimes Get Together and Jam as Nirvana

I wouldn’t call Daft punk a rock band… they’re pretty clearly an electronic dance music band. The culture around them is a different beast, I’d say, too.

I’m just saying I don’t buy it, based on the stats that (as I make them up right now) show that 97% of rock bands get back together at some point

And how many of that 97% end up going back to the way things were? Or touring? Or releasing entirely new albums?

These guys haven’t released a new album in what, 8 years? Just a few collaborations or remixes (which again, isn’t uncommon - it’s EDM not Rock after all) - but the writing was on the wall.

Whether or not the future changes isn’t really the point - it’s that, for now, the journey is over, and what comes after is very unlikely to look like what came before, and I choose to mourn that likely loss regardless of what the future holds, as is my wont.

Agreed, as I’m from the era.IMO their main impact was a new and distinctive sound based around a particular crummy compressor. So that particular ‘grabby’ dance music compressed tone you get on Homework was because they knew that bit of kit to the very core and used it phenomenally well. Very distinctive and instantly copied. And they had obvious flair and talent too . They were a fixture of ‘that particular’ electronic music sound, but techno heads had been abusing their Mackie Mixers decades before as a technique. I’ll miss them for Homework and Human after All. After that I felt it became navel gazing. IMO.
ducks

Nothing about the epilogue need negate your belief. Rock on, dude.

Didn’t Giorgio Moroder retire before Daft Punk formed? Or around then?

A few years back I was at a music festival in LA and a friend pointed out that they were there sitting in the grass completely unnoticed by all of the kids who surely would have lost their minds had anyone recognized them. Which is to say the helmets were a stroke of genius.

i seriously am wondering if their farewell video was filmed on the playa as a wink to burners everywhere.

That was my first thought.

Gone to the trash fence in the sky.

What does that even mean? That they’re going to continue not releasing anything in almost a decade and still not play any shows?

If only auto tuning as an excuse for music would die.

Though I don’t mind Daft Punk’s catalog; their kind of EDM takes me back to my undergrad years, and so it has nostalgic value for me.