Dane 1: So uh… they say the national birth rate is dropping.
Dane 2: Mmm.
Dane 1: Like, uh… it’s actually a substantial amount.
Dane 2: Mmm.
Dane 1: We should do something to get people to procreate more.
Dane 2: Hmm? …why, exactly?
Dane 1: Because if we don’t, people will immigrate here!
Dane 2: Oh, Lort! That means we’ll have foreigners moving here! Quick, get me some viagra!

if all the ladies are that hot, send me a ticket I’ll be right over

Dibs on the ugly ones.

If you send them a ticket you get 49% more lovin’

I appreciate the nod at the end to the barren and gays. Everyone deserves a holiday, even if they can’t win a shit ton of diapers.

If they want more people there, just open the doors to me. I’ll go without calling dibs on any of their women, hot or ugly.

Lie back and think of England Denmark.

This is good. But they need a better song. You know, like Singapore’s baby-making hip hop ode to National Night (brought to you by Mentos)? Oh yeahhhhhh.

This should read, “…have conceived of a promotion to help reverse travel agencies’ plummeting relevance.”

Pretty much all the rich nations are seeing falling birthrate. It seems to have something to do with contraception. There’s also a fair amount of anti-immigrant-ism all around; here in the US it’s mainly directed at Spanish speakers.

Indeed. It isn’t like the planet is running short of humans to fill the available seats. It’s just that a large proportion of them aren’t white.

That said, I doubt the travel agency thought that far - they are just choosing something risque to get headlines. It is very unlikely they are some kind of crypto-race haters.

If I took advantage of the deal, would they be mad if they found out I am snipped later?

one partner’s ovulation? that makes it sound like there’s some question as to which it might be…

I was just thinking this. Chile is an example of a country with a very low population at a certain point in history that threw its doors open to create a diverse state that’s still distinctly Chilean. Fear of cultural shifts is the same as any other fear of change: Stifling and unrewarding. My understanding is that Danish residency isn’t necessarily automatic with marriage. It’s a small wonder that there ain’t too many Danes running around.

one partner’s ovulation? that makes it sound like there’s some question as to which it might be… 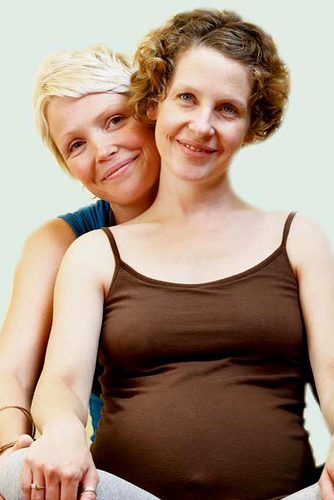 I’ll be in my bünke.

They don’t want you (or me) though! Actually especially not me because not only would I not-be-Danish, I’d then be capable of spawning half-not-Danes!

At least eighteen years after their holiday, they won’t own a creature that lives in a terrifying midden in your house IN WHICH ALL THE GODDAMN SPOONS are, for some reason, located…

How, exactly, are you supposed to prove the exact date of conception? Do they want these couples taking a pregnancy test on the first day of the trip and then another one on the last day?

How, exactly, are you supposed to prove the exact date of conception?

By law, Danes get at least 25 paid vacation days per year. It’s probably easier to prove you got pregnant on vacation when you’ve been out of town for five or six weeks.

I volunteer as tribute!