The incident occurred at: 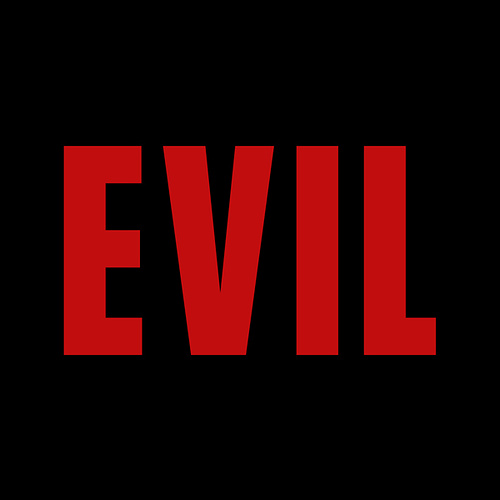 IMHO “hoping the workers learned their lesson” is not the right place to start. Figuring out how the day care service hired a crew of psychopaths seems like a better choice.

the latest news is that the workers have now been charged with felony child abuse.

There is nothing wrong with celebrating Halloween in an age-appropriate manner… This was not that… It was straight up abuse, for sure.

Today’s “What the Fuck Were They Thinking?” moment brought to you by …

For some anecdotal perspective, my younger brother and I had one of those classic children’s Frankenstein’s Monster masks that came with the flammable pullovers. We were around 5 years old, and playing with the mask, and our youngest brother was terrified even though we weren’t doing anything toward him. Poor kid had Frankenstein Monster nightmares for years after that.

How I hated masked people when I was a kid. Even when they took the mask I was terrorized. For me it was a sort of detachable persona, which was momentarily turned off.

Nope. I’m not watching any video of child abuse, not in any form. Hell, I don’t even like watching TV shows that portray children witnessing violence (the difference between a “child actor” and a “child” is zero.) Nobody but the courts needs to see this.

Let’s hope the threat of prison teaches these morons something about empathy.

I also hope that any other child care workers who might not have it realized this was abuse can learn a valuable lesson from this tragedy.

And finally I hope the number of people who need this lesson is microscopically small, because it takes virtually no brains at all to realize how awful this is.

Nope. I’m not watching any video of child abuse, not in any form. Hell, I don’t even like watching TV shows that portray children witnessing violence (the difference between a “child actor” and a “child” is zero.) Nobody but the courts needs to see this.

Nope indeed. I still feel bad about the child actor on the Kids video clip (which I never want to watch again), even if MGMT claims that “No children were harmed in the making of this video”: Kids (MGMT song) - Wikipedia.

People like this are the same kind of people in the past who came up with things like the concept of The Krampus.

The scariest story from my childhood was that of a neighbor whose parent dressed up in a scary outfit and was subsequently murdered by the kids who were afraid for their lives.

Probably apocryphal, but it did serve to remind that scaring people is serious business. I could never understand how prank shows get away with it. I guess it is just a capitalistic cost externalization on the victims who mostly don’t bother suing.

For a line of work that presumably appeals to empathetic caregivers

Dr. Oz is certainly not unique in how one can “go south”. Daycare is a business, with owners and employees with a range of motivations for deciding on daycare. Money is one. And background checks (one of the requirements for entry into the daycare career) don’t filter out the unexposed bullies and potentially problematic caregivers. I’d imagine that leaving your toddler with strangers must require tremendous trust.

(Nice True Story: About 15 years ago we had a hailstorm (very, short… very rare here) come down on us here in the Santa Clarita Valley. While walking to our local Trader Joe’s that day, we passed a daycare center; huge place with a floor-to-ceiling windowed frontage. As the hail came down, three women in the center – smiling and, from what we could see, giggling – lined up all the toddlers near the windows so they could enjoy the ‘unique’ novelty of a hailstorm. We slowed down to watch the kids who were absolutely glued to the event. Excellent caregiving!

Rather than the neighbouring establishment called, “Count Your Blessings You Aren’t Next Door Child Care and Learning Centre”.

@slide Kid holding torch under their face, telling spooky stories at the sleep-over, “… And when he pulled the mask off; it was his Mom!”

They should have gotten permission slips from the parents before pulling this kind of stunt. I’m imagining zero parents giving permission would have put the kabosh on this activity.

If survived, emotional/psychological trauma from unchecked abuse, sexual or otherwise, usually results in a helpless child’s brain improperly developing. If allowed to continue for a prolonged period, it can act as a starting point into a life in which the brain uncontrollably releases potentially damaging levels of inflammation-promoting stress hormones and chemicals, even in non-stressful daily routines. It is quite like a form of non-physical-impact brain damage.

The lasting emotional and/or psychological pain from such trauma is very formidable yet invisibly confined to inside one’s head. It is solitarily suffered, unlike an openly visible physical disability or condition, which tends to elicit sympathy/empathy from others. It can make every day a mental ordeal, unless the turmoil is treated with some form of medicating, either prescribed or illicit.

The health of ALL children needs to be of real importance to us ALL — and not just concern over what other parents’ children might or will cost us as future criminals or costly cases of government care, etcetera — regardless of how well our own developing children are doing. And that a physically and mentally sound future should be every child’s fundamental right — along with air, water, food and shelter — especially considering the very troubled world into which they never asked to enter. And simply mindlessly ‘minding our own business’ too often proves humanly devastating.