“This is nothing short of outrageous. Congress has an independent obligation to conduct oversight. Witnesses cannot simply decide they don’t want to share. If they could, there would be no oversight. While they were not under subpoena, their behavior was contemptuous and frankly unprecedented. The committee has the option to subpoena witnesses, demand answers and then hold them in contempt if they decline to answer.” 'I don't wanna' is no grounds for stiffing Congress on oversight 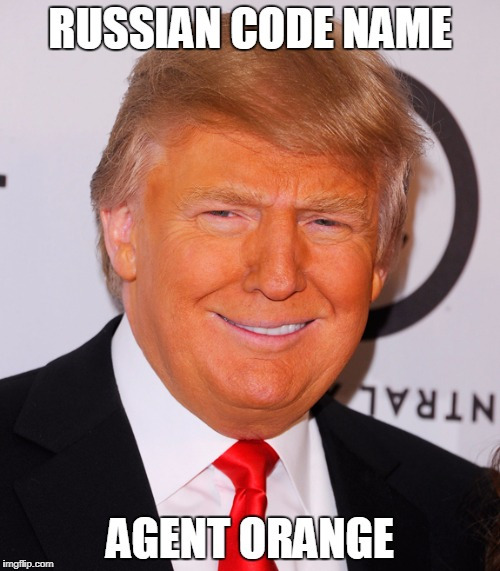 “Intel directors” is a really bad term for people working for government agencies. I was halfway reading the post before became clear that there was no implication of the chipmaker being involved. This isn’t as silly as it sounds given that there is a close working relationship between various tech companies and the government.

As much as you know, actual answers would be nice, I would expect that the intel directors to be in full CYA mode at this point. There is a shitstorm brewing, and they’d like to keep their iridescent exoskeletons clean.

Assuming that they:
a) aren’t themselves guilty of something.
b) want to see this investigation properly handled.

Revealing information (even if true) prematurely could harm them politically, or damage the ongoing investigation(s). As much as I’d like to see 45 out of office yesterday, remember that the Watergate investigation took a couple years to gather enough evidence and political momentum to threaten impeachment.

From what I listened to, in the next room, the intel directors, and some senators wanted to keep the hearing centered around securing a continuation of the 7.02 or whatever, the law that allows them the NSA to trawl the internet IIRC.
-They mentioned some vague cases in which 7.02 was useful in directly preventing terrorist attacks, but no one pressed them for more information.
-They said that making sure the information that they’re trawling is not from American citizens would require so much more effort that it would dramatically increase the cost of the operation, and no one argued with that point.
-They said that if they happen on information in American communications that represents illegal activities that they are then duty bound to hand that information over to the appropriate authorities, and no one questioned whether or not that information trawling constituted an unlawful search.
-Then, somewhat out of the blue, someone asked them if Trump had asked them to intervene in the Russia investigation: they replied that they could not disclose information related to their conversations with the White House, but assured senators that they were never asked to do anything illegal. It would be illegal for them to interfere in a Federal Investigation of the Executive Branch. So in short, they were saying, “No… not directly” and left it open as to whether or not Trump contacted them whatsoever.
-The question was asked again, with more annunciation, and they again stated their answer.
-The question was asked again again, with more emphasis, and they referred back to their earlier answer.
-Someone else asked the same question, soliciting a “yes” or “no” answer and referenced the leaks that stated Trump did ask them to interfere. The intel directors restated their earlier answer.
-Another Senator tried to resume the conversation on the wonderful 7.02
-Someone insisted on going back to the question about Russia that they knew they weren’t going to get a yes or no answer to, and expanded the question from Trump, to anyone working for Trump and the intel directors restated and referred back to their original statement.
At that point it had become more annoying than useful to keep listening.

It does seem to go to contempt. I shut it off after 90 minutes of what boiled down to “I just don’t feel like answering you in public.” I’m curious whether committee members, after hearing them in closed session (assuming they say more) will then insist that they answer the same questions in open session.

I can’t help but think that your assumptions are maybe a tad optimistic.