DeSantis hopes to grow his base by banning education

Originally published at: DeSantis hopes to grow his base by banning education | Boing Boing

As I’ve said before, an educated citizenry is one of the modern Republican Party’s worst nightmares. They’ve understood this and have acted accordingly since Reagan, if not Nixon. Outside of their private circles they defund, deride, and debase education at every opportunity.

What a load of shit.

How are the teacher’s unions in Florida? If there is a mass refusal to comply with this BS, what would they do? Mass arrest teachers? Mass firing of teachers? Would there be mass jury nullification if they did go to trial? What about a student revolt? I liked most of my HS teachers, and I would have rioted for a few of them if they were drug away in handcuffs.

I know it is easy for me to suggest this as I have no risk, but I don’t see a better path to call out DeSantis’s fascism.

The friends from HS who went on to be teachers are wonderful people and they are STRUGGLING. I know one person who quit after like, what, 20 years of teaching? Didn’t even have something lined up, I think they are still trying to figure out where to end up. But the environment was just not sustainable. This is in Kansas, I can’t even imagine how bad it is in Florida

This might be the most accurate headline in BBS history. “Keep 'em scared and stupid” is pretty much the only consistent party platform from the right.

“Florida is where woke goes to die!” Yeah, and a whole lot of bigoted retirees, as well. I hope your tax-slashing, regressive governance plan that is building a generation of educationally deficient, low-skill and low-salary-value adults has factored in the rapidly-rising cost of a rapidly-aging constituency. Or Florida is going to look a whole lot like Logan’s Run pretty damn soon.

Or Florida is going to look a whole lot like Logan’s Run pretty damn soon.

Given their Covid policy, have they already passed that point?

“Keep 'em scared and stupid” is pretty much the only consistent party platform from the right.

Don’t forget to add strangle federal government in the bathtub, hate on everyone that is not them, and cut ALL the taxes!

I don’t want to speak for anyone else, but I will say: hello, I am a professor in the Florida university system, and I’d speak to Mister44’s comment specifically: yes, we have a union, and yes we are fighting!

DeSantis’ “Stop W.O.K.E.” act was declared unconstitutional last year - a small victory. Florida has seemingly become this super-zealous right-wing stronghold, but I can tell you that many of us here in Miami do not agree with the governor or any of his allies. I imagine that goes without saying for us in academia, but I want to stress that many other people are on our side.

But the fight wing is very loud right now, and I won’t say that they are unpopular either. For the most part it is a nightmare. That’s about what I can say about it right now.

Well god bless you and the other teachers and keep up the good fight. I’m sorry you are the latest political pawns/targets.

You guys are unsung and unrecognized hero’s. Thank you for fighting to educate our kids and for our future as a nation. I can’t understand the mindset of those who support DeSantis in any other light than they are scared and stupid. Add to that, they are either too unskilled or just unwilling to challenge the lies spread by the right wing media. It boggles the brain to hear people criticize educated individuals, to ridicule the ideas and concerns of people who have sought out information and actually use their intellectual skills. Dumb and proud! What’s the appeal in that?

Thank you for your service.

I mean that sincerely. That’s a phrase that gets applied to members of the military and police a lot but, honestly, where would any of us, in any profession, be without teachers?

desantis is also “appointing” board members to Broward and Miami-Dade school boards and those boards have already dismissed their superintendents. this is no ordinary fascist asshole governor, no. this is way outside the purview of the governor and he is throwing his weight around like he is already dictator.

Thank you. I always have sympathy and respect for teachers.

desantis is also “appointing” board members to Broward and Miami-Dade school boards and those boards have already dismissed their superintendents.

Board members in other counties are making decisions in line with his plan, too.

This lesson was brought to us by the letters C,R, and T: 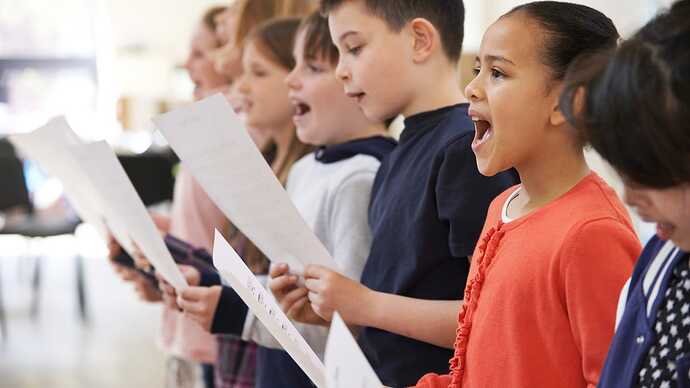 On the latest episode of critical race theory drama...

Much as DeSantis might deny it, Florida is going to look a lot like the rest of the Gulf of Mexico within about a century.

“Florida is where woke goes to die”

Angry, ignorant, vicious youths either way. Get those “Florida Gentleman” headlines in the pipeline!

I want to thank everyone for their kind words. This week, our union had a listening session - I was not able to attend, but I emailed my concerns to union leadership and was reassured that nearly everyone who made it to the session, and those who like me had to comment otherwise, had this same worry.

In the meantime: Stop W.O.K.E. is off the table, and we’re reasonably free to teach…for now. We know full well that the right does not want this state of affairs to last, so we’re digging in and getting ready for the slog.

Again, thank you all for your support!