Did a pro cyclist hide a motor inside her bike?

To detect this motor you could just remove the seat pillar and shine a torch down the seat tube. You should be able to see the bottom bracket. In competition it might be reasonable to require all tubes to have inspection ports.

They could claim that its a battery charger, They might get away with that too.

Ooh, I’d like it if there was a cycle racing league that allowed KERS like in Formula-1 racing (or like in a Toyota Prius if you want to be less dramatic

As long as all the power ultimately comes from your legs, it throws up new tactics to be able to siphon off and store some of your leg output power and use it for super-human boosts. I did that accidentally on an exercise bike once - I was riding it and noticed it was using a friction system that wasn’t spread over a large area. I thought “bad design - that could get really hot”, so I touched it (because I’m stupid), and yes, hot enough to melt skin. My own legs melted my own skin. 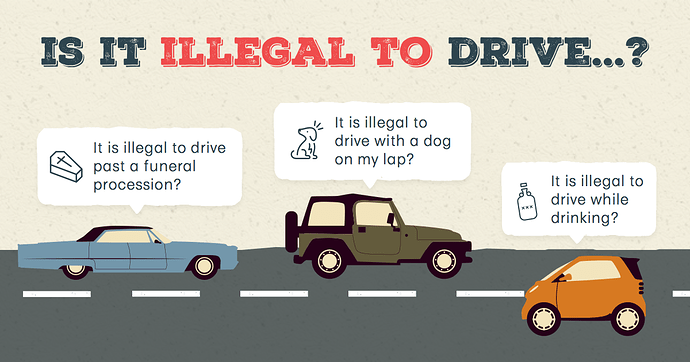 Is it illegal to drive …?

In which US state can you legally drink and drive? State by state answers to the most frequently Googled questions Americans have about driving laws.

Drinking alcohol while driving is outlawed in 49 out of 50 states, except Mississippi, the home of the blues. However, you must remain under the legal limit.

Despite pressure from the federal government to outlaw all open alcohol in cars, 11 states allow it. In Arkansas and West Virginia, passengers can possess an open container but can’t drink from it.

I’ve heard that some states have a law that you have to have at least one more occupant in the car than there are open containers.

Yeah I burned a finger on a brake rotor when I touched it after a stop on my bike commute. If you look at an alpine stage of the Tour De France, there are plenty of places where a slight drag on the back wheel would actually be an advantage to the rider.

But of course, the freewheel in the rear hub precludes this from working.

The cheats are getting more and more blatant.

This guy was just taking the piss. 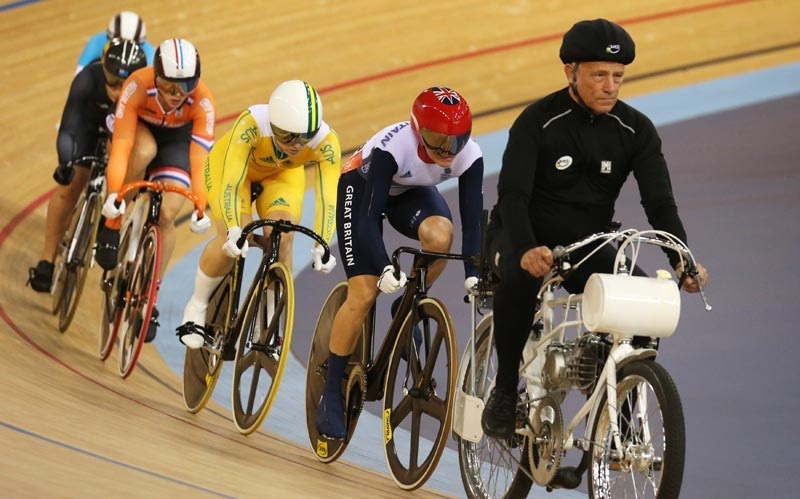 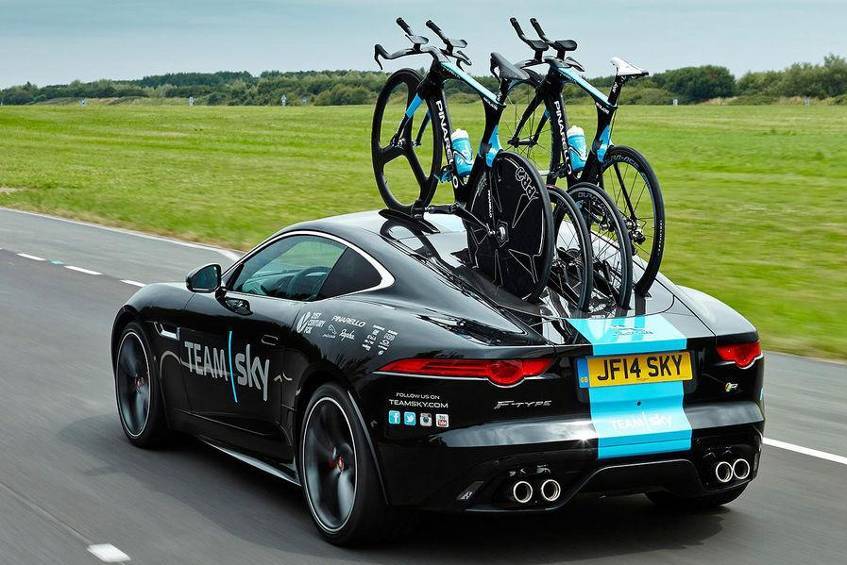 LOL
Why no, mister racing official, I wasn’t doping. That EPO is a byproduct of me moving so quickly. Come to think of it, that’s probably where all that HGH came from too!

This one was legitimately funny, though.

An average 18650 lithium cell is about 10 watt-hours. Taking the members forming the large central triangle in this you could fit about 24 cells, 240 watt-hours. That would give a significant boost.

This is assuming you built the frame to include the motor & battery, and I’d guess if the money/fame/whatever were enough incentive and one had the means, seems possible. My bike was “off the rack”, but a professional cyclist would have far more expertise & resources. 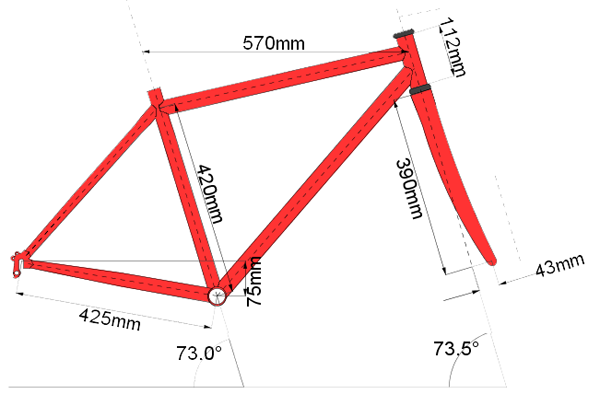 So, I’m curious as what inspired the inspection in the first place.

The UCI (pro cycling’s organizational arm) has been looking for motors by x-raying frames for the last couple of years at least. They haven’t found one until now. There were persistent rumors in 2010 that Fabian Cancellara won the Tour of Flanders and Paris-Roubaix with a little electro-mechanical help.

It’s where the “hobo with booze in a paper bag” trope (aka brown bagging) comes from.

Outside of a few places like maybe Las Vegas and New Orleans, open containers of alcohol can’t leave the premises.

Apparently when cops finds contraband while frisking suspects, it’s common to hear the claim of innocence “These aren’t my pants!” 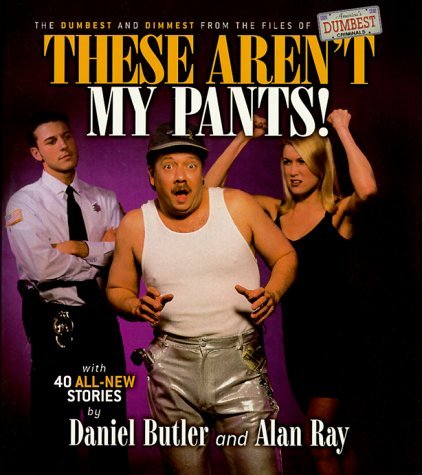 It looks like this case has taken it to the next level.

Did you ever watch Federer play Nadal back in the day? Like 8 years ago? It was incredible. That sort of thing is the closest people come to having super powers. Literally, people operating at the edge of human ability. Doing things people have never done before.

The thing is, Federer could have never been Federer without Nadal. You need world class competition to bring out the best in you. That’s why it’s such a big thing to make it to the quarterfinals in a major. Or to play against Lebron. Or swim against Michael Phelps. When somebody cheats, they ruin the whole damn thing.

Federer play Nadal back in the day?

Christ, Fed/Nadal is back in the day? That makes me feel old. Couldn’t you at least have said Becker vs Edberg?

Says the guy with the Nixon icon!

That’s true, though for some bikes it’s less trivial than it sounds. One of my bikes has the saddle mounted on a cradle on the top of an extended seat tube; there’s no seat post. Accessing the inside of the seat tube involves removing the saddle to get at the bolt that holds the cradle to the seat tube. It’s a pain in the arse.

She doesn’t have to admit anything. She’s looking at a six month ban no matter what she says.

She’s also looking at a fine of up to 200k Swiss Francs (~USD200k), and she can probably get that reduced to something that won’t bankrupt her by coming clean.

There’s also footage of Femke van den Driessche destroying everyone on climbs in previous races. Her brother is serving a suspension for blood-boosting hormone EPO. It’s a fair bet the UCI has been keeping an eye on the family for a while.

Vivax says its ‘invisible performance package’ puts a 30V, 6Ah battery inside a water bottle. There’s enough room inside a typical carbon fibre bike’s down tube to hide that volume of batteries. You’ll lose some of that stored charged in conversion losses in the motor, but I think your 20 Watt-hours is pessimistic.

is it fair to say that your laws are batshit crazy?

As a UKian visiting the States, part of the fun is finding batshit crazy differences, and becoming more aware of the batshit crazy in my own culture. A few days after hearing about the open container laws, and thinking “Well, it’s different but it’s not that outlandish…” I saw a branch of these - 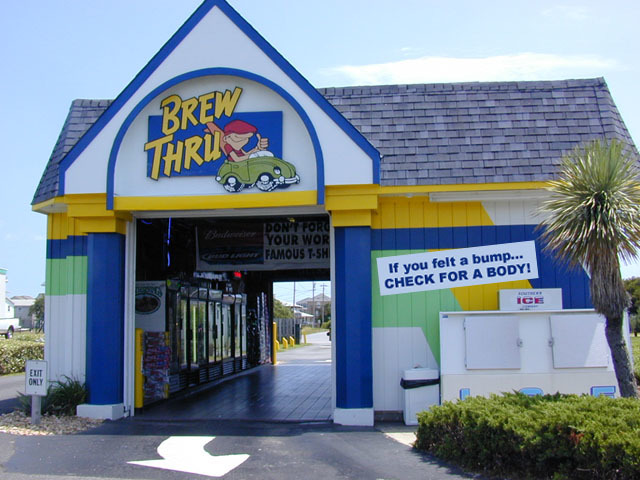 and decided that was the single weirdest thing I’d seen all trip.