Did Assange really say what I thought he said?

Julian Assange gave an interview where he strongly implies that his source for the DNC leak was Seth Rich, a DNC staffer who was recently shot in an unsolved murder in DC. Talk about controversial! If he genuinely believes this then it’s extraordinarily important. If he is doing it out of mischief then it’s pretty damn bad. Are there any other examples of Assange releasing inaccurate or misattributed material?

Breaking: Did Julian Assange Just Say What I Think He Did?

Breaking – did Julian Assange just say murdered DNC Staffer Seth Rich was a Wikileaks Source? He might as well have.

Assange has been kind of losing it lately. The whole wikileaks Twitter feed’s basically an extended attack on Clinton:

He also went on a long diatribe about Google/Clinton that’s Trump-class BS artistry: 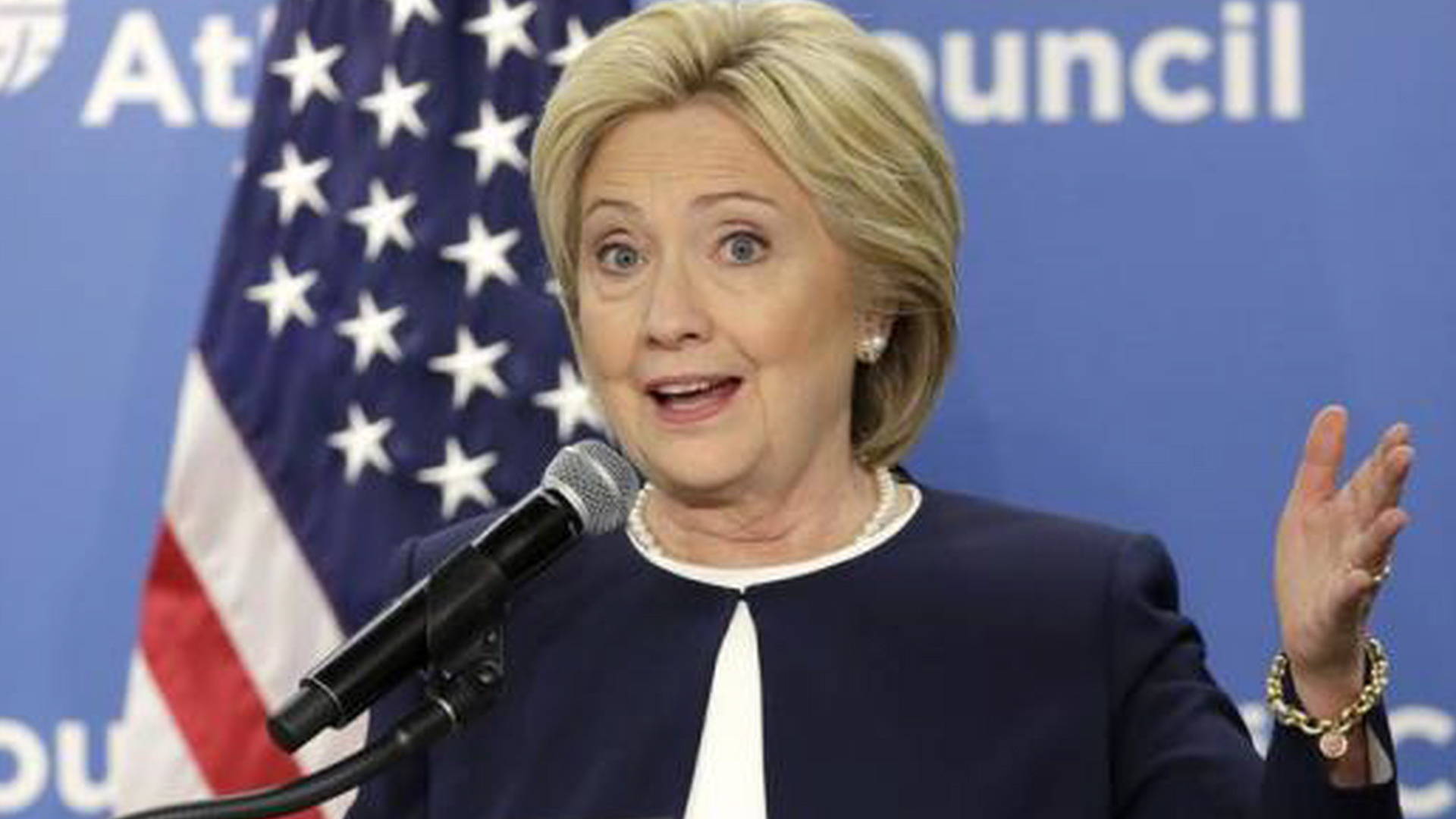 Google in the White House? Assange Warns of Close Ties Between Hillary Clinton &...

During the Green Party convention in Houston, Texas, over the weekend, WikiLeaks founder Julian Assange spoke via video stream about his book “When Google Met WikiLeaks” and the relationship between Hillary Clinton, the State Department and the...

After Assange posted full CC numbers and PII of various people in the DNC, Edward Snowden mentioned that Wikileaks should be curating releases to avoid this. Assange’s reply:

@Snowden Opportunism won't earn you a pardon from Clinton & curation is not censorship of ruling party cash flows en.wikipedia.org/wiki/Digital_c…

Assange later lied in an interview about posting the CC #s, despite the simple fact that they were in his leak.

At this point unless there’s hard evidence backing what Assange says when he’s attacking Clinton, I’d assume there’s a fair chance he’s BSing, since he’s been BSing a lot lately. Roger Stone Confirms That He's In Communication With Julian Assange

QUESTIONER: With regard to the October surprise, what would be your forecast on that given what Julian Assange has intimated he's going to do?  ROGER STONE: Well, it could be any number of things. I

Wikileaks has become an embarrassment.

Assange has been kind of losing it lately.

I think he has been losing it since when he started attacking Daniel Domscheit-Berg.

Literally ANYTHING to keep women and specifically Clinton out of power.

Does it have to be misogyny when it comes to Clinton? A revulsion for the neocon agenda is all it takes to hate her, IMO.

I’ll admit I don’t even understand the business about Seth Rich. But people far more powerful and determined than Assange have been trying to pin slime on Clinton for decades. It hasn’t really worked, except a lot of people express vague dread about her. Assange isn’t going to make that worse.

Seth Rich, a 27-year-old data analyst at the DNC, was shot and killed early one Sunday morning last month in what police say was robbery gone wrong. He was killed while walking home in a Washington, D.C. neighborhood that has seen a recent uptick in crime.

Rich’s murder quickly became a fascination of right-wing conspiracy theorists, including longtime informal Donald Trump adviser Roger Stone, who told NBC News that he has been in contact with WikiLeaks Founder Julian Assange.

I’ll admit I don’t even understand the business about Seth Rich.

The idea that with the endless fishing expedition “investigations” that managed to discover Bill was getting a BJ from an intern out of an investigation of the Clintons losing money on a land deal, and managed to find some broken rules over a private email server based on an investigation into an embassy attack, and private investigations into her personal life spanning decades, if the Clintons had a secret political assassination squad murdering opponents, it’s inconceivable the facts would stay hidden this long.

No, of course not - there are plenty of reasons to dislike her and the agenda she represents. She seems to elicit a special kind of hatred from some, despite there being tons of politicians just like her - she’s so middle of the road that the reaction she gets boggles my mind at times. She has no worse neo-con agenda than the rest of them and the right wing here in the US is so much worse, since in addtion to the neo-con agenda, they have an active white supremacy/anti-woman agenda.

Look - I’m not a fan, as I’m sure you know, but I can’t understand the irrational hatred for her other than misogyny - it’s not just her agenda. As unhappy I am about her being the nominee, we can’t have a Trump presidency. it will be a disaster for those of us who aren’t white men. The fact that Assange can’t understand that or thinks that she’ll somehow be worse is telling.

I appreciate the work that wikileaks has done, but it hasn’t all been good, either. They’ve made missteps and have exposed innocent people to harm. They shouldn’t be immune to criticism, nor should assange be touted as some kind of god. He’s a dude, with all the mortal failings as the rest of us.

she’s so middle of the road

Funnily enough, this is what drives nuts when it comes to her and why I never liked her. I remember her coming to my attention as a career politician when a routine attempt to amend the constitution to ban flag burning came up. She voted it down, but then said we should just pass legislation banning flag burning. It is precisely this pandering and useless compromise that I hate more than anything. That was my real first impression of her. When things like the hot sauce incident come up, I flash back on that. I prefer to vote for people that will take a strong stand and I feel like HRC worries too much about which way the wind is blowing. She’s not evil, she’s just… incredibly frustrating to watch sometimes. Obama had something similar going on, but it was couched in a Purple-era haze of “compromise” until his hair turned gray and he got a little fed up with trying.

It is precisely this pandering and useless compromise that I hate more than anything.

She is like the perfect politician, yeah…? Our problems are not going to be fixed by keep her out of office. I have no clue what we need to do to change this shit, but she won’t make it worse and can actually be pushed if she has pressure put on her. Unlike Trump. Who’s just a maniac.

, if the Clintons had a secret political assassination squad murdering opponents, it’s inconceivable the facts would stay hidden this long.

Not if all the witnesses were MURDERED.

I don’t get it. If Assange had come out with evidence showing Trumps, or the RNC’s, corruption, would you have immediately questioned his integrity or credibility? Everyone rooted for Assange when he was screwing “the system”, but now it’s your side he’s pointing to. Does that automatically raise doubts about him?

Assange has been kind of losing it lately. The whole wikileaks Twitter feed’s basically an extended attack on Clinton:

So to attack Clinton means that one is “losing it”?

So to attack Clinton means that one is “losing it”?

No. If you follow the Wikileaks feed you’ll see a long blustering string of anti-Clinton attacks he’s been waging which are primarily not leaks, are irrelevant to the theoretical mission of Wikileaks, and have been fraught with explicit lies (like falsely claiming Bob Beckel was a Clinton strategist, lying about CC#s in the DNC dump, spewing a sea of BS about Google, etc.). I enumerated a few out of many issues in my first post. I don’t think he’s losing it because he’s going after Clinton. I think he’s losing it by virtue of the fact that he’s doing it in a way that’s destroying his credibility and the credibility of Wikileaks. It’s not just Clinton, either. The recent thin-skinned attack on Snowden removed the last shred of respect I had for him.

What was the Google thing? I know there was a recent state dept collaboration with Google to highlight anti Assad demos in Syria. They built some kind of app I think. But when I say recent I mean around 2011/12

Assange did an interview where he discussed Google/Clinton.

Google in the White House? Assange Warns of Close Ties Between Hillary Clinton &...

During the Green Party convention in Houston, Texas, over the weekend, WikiLeaks founder Julian Assange spoke via video stream about his book “When Google Met WikiLeaks” and the relationship between Hillary Clinton, the State Department and the...

While not everything he said there’s wrong, it’s laden with misleading framing, carefully constructed statements that leave false impressions, and a lot of flat out scare-mongering BS.

I think Google does is best to cooperate with the US government. It’s good business. I doubt they had an axe to support Mrs Clinton up until Trump showed up. Seems most of Silicon Valley hads a horror of the Donald. To be fair, any challenge to free trade would be a big threat to their business models so it’s not all just cultural distaste.

Yeah, any giant company’s going to want to cooperate with the gov. where it benefits them. With Google (and the SCV in general), beside policy positions Trump’s made that are immediate risks, and a cultural hostility to Trump’s type of intolerance, I think there’s a calculation any engineering-focused business is going to make between the known risks of a Clinton presidency, whose behavior and positions might slowly shift, but are going to be in a generally predictable range and manageable, and a Trump presidency where the behavior and positions are so erratic (and unrealistic) that there’s no way to even guess what risks are going to appear, let alone how to mitigate them if that’s even possible.

This topic was automatically closed after 190 days. New replies are no longer allowed.