Have you had the Anderson Valley Barney Flats Oatmeal Stout? 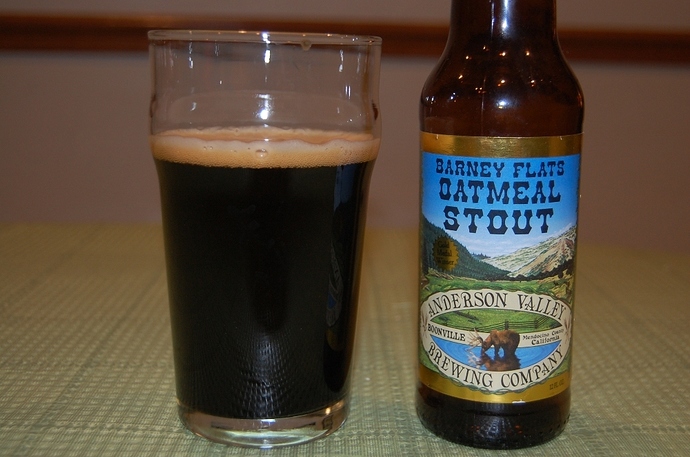 While it’s not the time of year for it yet, can I recommend picking some up in a few months?

Isn’t it always time for stout?

Maybe if you live somewhere cold enough, or just run the air conditioning all the time?

Should I be concerned that the font selected for one of the instruction sheets for my Advanced Business Comm class is Comic Sans?

Have you met the professor yet? Is it possible that the choice is meant to be ironic?

I’ve met him (we’re 3 weeks into the semester now), and he can be funny at times, but if this instruction sheet is like the rest, then wasn’t it passed to him by another prof who probably got it from another, etc., so what I’m wondering is who in that group chose Comic Sans, and why?

And will my prof teach me to cut back on run-on sentences like the horrifying example above?

And will my prof teach me to cut back on run-on sentences like the horrifying example above?

A professor in advanced business communications? Yeah, what are the odds?

Is this an intro type class - I guess not since it’s “Adanced Business Comm”? Don’t some departments demand intro classes are all uniform in nature, so they all use the same syllabus, books, etc? Is the guy tenured? Or is he a lecturer? Or an Adjunct?

Could be anything, right? Lemons? Bear sweat? Frog spawn?

they all use the same syllabus, books, etc?

Because of comments that a couple of my profs have made, doesn’t it seem like the upper-division courses are also more uniform in nature, with the same books and lessons? Maybe it’s a business school thing? Or just my school?

And aren’t all my profs adjunct staff, except for the one who is now an administrator, but still teaches a class per semester? And isn’t he the best of the lot so far?

Aren’t adjuncts a bunch of poorly paid, pissed off people, who probably have student debt? how can such folks be good, committed instructors, I wonder, even if they have the best of intentions? Don’t I feel for them, and aren’t I worried about my own future?

Does that explain why I was at a celebratory dinner last night for a good friend in his mid-50s who just made - fanfare, please - Assistant Professor? Who has worked three jobs (one of them full-time) for decades? Why do we treat higher education like it’s on par with Walmart?

Because it doesn’t turn a profit and even worse, it can lead to people thinking about stuff that isn’t just working for a living?

Isn’t that great for your friend? Do they still need to work 3 jobs? Wasn’t I talking to a visiting lecturer who up until this year was an adjunct who had to work at starbucks for the benefits (his VL position has benefits)?

Hasn’t he just just been able to back to two evenings a week on one of them? Although, you don’t actually think there’s much of a financial bonus involved, do you?

Could be anything, right? Lemons? Bear sweat? Frog spawn?

You drank it, didn’t you? Was it any or all of the above?

Is this thread loosing momentum? Shouldn’t there be more than 1 new post when I haven’t checked in for a day?

Don’t we seem to come and go in waves in this thread - we get fewer and then more?

Doesn’t it fluctuate, and don’t I sometimes figure out where everyone else is commenting after a bit?