Using the magic band technology RFID tech, if you do really bad…and see Chewbacca at the park later he might have some harsh growls for you for damaging his ship and if you do good other characters in the park will recognize you and comment.

I’m super intrigued by the idea of park attractions that give you a reputation and then customize your experience as you go. It’s a brilliant way to immerse people and give them a repeatable experience.

When you consider the cost of tickets to a major rock concert, or a sporting event which only last a few hours.
Disney is a bargain at 100/day…and a bit less for multi pass. (g).

Well if they buckle down and really get some work done, they might one day be as popular as Fast and Furious.

That is the British usage of the word, even currently. Given our Canadian friend Cory lived in London for so long. He’s just been using it the way he’s used to it being used. And has been as long as I can remember.

Oh man, you know that feeling that you wanted something all of your life but never knew it untill it happend? Thats what I feel right now. All of my yes. I don´t care if I fuel the evil, capitalist machinery of the mouse empire, I want my space adventure!

Pfft. That’s how fast it will grow.

It’s going to be probably 16 kilograms wide and weigh up to 20 angstroms.

Even something like the “Kim Possible” missions at EPCOT would be nice. That was a lot of fun, and it did not interfere with anyone else’s park experience. Plus, it makes some of the attractions seem new again, for those of us who have kids that have been to the parks a bunch of times.

I bet this installation has a substantial dollar value attached to it. 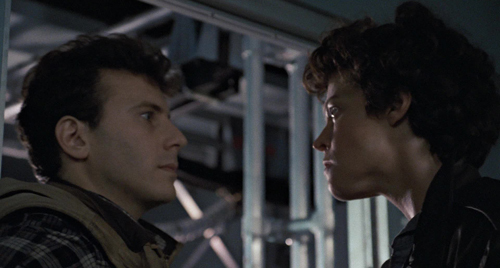 It’s been six years since we were at Epcot, and my son (now a jaded teenager) still raves about his Kim Possible secret missions. It was a brilliant concept.

I’m super intrigued by the idea of park attractions that give you a reputation and then customize your experience as you go.

Animatronic theme park host, 2037: “Heeey, I know you. You’re that guy who puked on the teacups ride when he was six.”

Those were a total blast for grownups, too. Very well done. Sadly the Phineas & Ferb version was pretty blah. Glad your kid got to experience that!

That’ll be happening much sooner. It’s set to open 2019. You’ll be able to pilot the falcon and be scored on how you do.

Dog bless you Sir or Madam.

Considering the price of a standard Disney resort entrance ticket, they’ll have to either have something that isn’t much more developed than the standard “ride with a theme after queuing for 1h30”, or only the richest among us will be able to afford it.

One of the BBS regulars is a Disney engineer currently on assignment with the Imagineering division to build Star Wars land.

He won’t tell me bupkis beyond what has already been announced in the press releases though.

Not his regular beat. He’s on temporary assignment. Most of the time he’s one of the engineers making sure the Pirates don’t eat the tourists and such.

Kids wake up, and there’s mom and dad with a a giant bloody hole in their chests and a squid on their faces.

On the other hand, they get a cat to keep with them.

He won’t tell me bupkis beyond what has already been announced in the press releases though.

Hey, I like my job and would like to keep it! But if it would make you feel better I can just take the same strategy I do with my kids: tell you a bunch of bald-faced lies about all the the sand worms, obelisks, Klingons and whatnot that you’ll get to battle with your de-atomizer ray guns. You will grok in fullness soon enough.

I should have guessed Westworld would have to be branded and tied into a massive franchise.