Technically “pink slime” isn’t a processed meat anyway. It’s cooked lightly, mechanically separated, and exposed to either citric acid or ammonia gas to kill bacteria. Processed meats are generally salted, smoked, or cured. I’m not thrilled with the idea of the ammonia treatment but it’s probably trace amounts at worst and is not done for meat bound for Canada or the EU.

Depends on the meaning of processed, I suppose. To me, all industrial meat, pumped as it is with hormones, antibiotics and various other contaminants, is “processed” in ways that make me avoid it.

So … primitive cultures that “use every last scrap” of a cow or deer are praised, but an industry that makes it possible is evil?

A $6B law suit to suppress free speech is way more objectionable than pink slime.

But we only use the best animal lips in our sausages.

Still thanks to dna testing you may be eating something else according to a recent CBC story.

“Libel” as applied to a hunk of meat though, that is ridiculous.

The moral of this story is: If you tell people to not buy processed crap, those that manufactore said processed crap will sue you into oblivion.

But ABC actually tell anybody not to buy it? IIRC all that they reported is that the stuff exists, and how it is marketed. It’s not really a “trade secret” or anything. If people knowing what your business actually is somehow causes you financial damages, then you are either really shady, or in the wrong business. Or both!

Are they? Praised by whom?

but an industry that makes it possible is evil?

Again, who says? Did the ABC report say that the meat industry is evil? The report did mention that the meat industry deliberately obscures its efforts to reclaim meat, which I think is at least arguably unethical. I just don’t trust those who feel that they need to play games to keep me from knowing what they are trying to sell to me, and prefer to not buy anything from such people. That sounds understandable, without hyperbole. If an indigenous person lied about what they were feeding me, I might very well not trust them either.

“Libel” as applied to a hunk of meat though, that is ridiculous.

I think this is similar to the much older case of shutting down that story on the Bovine Growth Hormone which leads to increased milk production but all sorts of other issues - such as infection and pus in the milk. Or Oprah Winfrey and the meat industry.

That’s the problem when news is either controlled by large corporate interests or threatened with libel chill.

Not necessarily. I believe most people are behind the idea of using as much of an animal as possible to reduce waste. However as far as consumption goes, a person using up all of a cow doesn’t involve a lot of industrial processes. It’s not just machines but also chemicals to assist in separating fat from the meat, or changing the consistency of the meat, or using additives to make it last longer, etc. All of this processing makes the end result much less healthy than a person butchering a cow and using as much as they can.

However if someone is ok with eating highly processed foods that’s up to them, though they should be aware of what that kind of food does to them vs something that has taken less steps in preparation or has less ingredients involved.

America may not be the home of the free (speech), but it certainly is the land of the brave (eaters)

However if someone is ok with eating highly processed foods that’s up to them, though they should be aware of what that kind of food does to them vs something that has taken less steps in preparation or has less ingredients involved.

“Phyllis! The news says that hamburger’s got pink slime in it!”
“That’s disgusting! I’m not buying any pink slime burgers!”
“You said it. They can’t put that crap over on us.” [takes a big bite of hot dog]

wiipedia has a page on food libel laws. They’re rather plaintiff friendly. 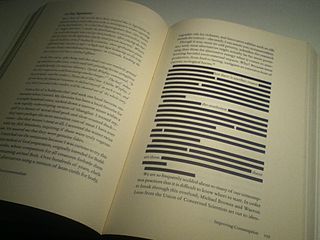 I’m not convinced that such laws serve the public interest.

I really feel sorry for all that cartilage that’s been maligned. Disney et al really hurt its feelings.

So what now? Are journalists going to continue to track down and expose disgusting food conditions, you know, like cow excrement mixed in with hamburger? Or are they going to be forced to call it a “unanticipated food additive?” Or just stop working even a tiny bit for consumers?

From what I recall, calling the additive “pink slime” is perfectly descriptive – it was pink, and kind of slimy.

I’m not convinced that such laws serve the public interest.

Especially if they start attacking scientists doing work on food safety – if they haven’t already.

Sounds about right. Most people are fairly unaware of where their food comes from or what it takes to make it. There’s some awareness for hot dogs, but also jello and marshmallows are usually made with animal products. Which doesn’t bother me but its something to be mindful of.

[quote=“KXKVI, post:37, topic:105832, full:true”]
So what now? Are journalists going to continue to track down and expose disgusting food conditions[/quote]

The principal problem here is that consumers find healthy food disgusting. This process is basically industrialized bone-gnawing. It’s still giving you meat, just meat that was harder to extract from a body. Disney faces a lawsuit because the sensationalized something that’s not at all sensational.