And I thought all the cement usage was related to buildings : )

If by that you mean “burgers”, then yes. However, this is a pork sandwich.

** Rolls eyes **
Something can just not be your cup of tea - without the need for hyperbole.

How much will you guys pay me to try one of these?

I’m not so enthusiastic about the filling, but the bun just looks like a version of the typical steamed buns with black sesame seeds that you can buy in China. I can imagine it being fairly popular over there.

Maybe a dust mask is in order.

You deserve to know exactly what color your poop will be in 12-24 hours.

It’s the ideal thing for the rock biter you know.

@Falcor, is anything going on tonight?

Dude, have you eaten at McDonald’s? That was hardly hyperbole.

Yes, and it’s fine. Not a revelation, by any stretch, but I don’t get the sensation that someone just took a crap in my mouth.

But as they will, haters gonna hate.

Haters certainly gonna hate. The two biggest problems with fast food isn’t that it doesn’t taste good, its usually that it is nutritional deficient/loaded with salt, and assembled so haphazardly as to look like crap.

It’s the second point that many fast casual places have upped the game.

McDonalds tastes fine, but that’s not the reason McDonalds is shit. Unless you are hardcore into buns on burgers then your hate for McDonalds specifically is likely just a matter of condiments. I can see hating chicken nuggets or salt too, but burgers are specifically referenced.

As for this bun… I’ve only seen a single McDonalds in China marketing to Americans. I imagine something like this will be ordered by those seeking the safest exotic food in China. Pretty much everyone in China I know never eats McDonalds, which is losing the battle to fried chicken. And if you think KFC is bad… try Dico’s.

The Internet is rife with reports that Burger King has brought a black bun to the US – but since it uses (entirely safe) food dyes instead of bamboo charcoal as in the Japanese variations, it causes, uh, interesting effects. 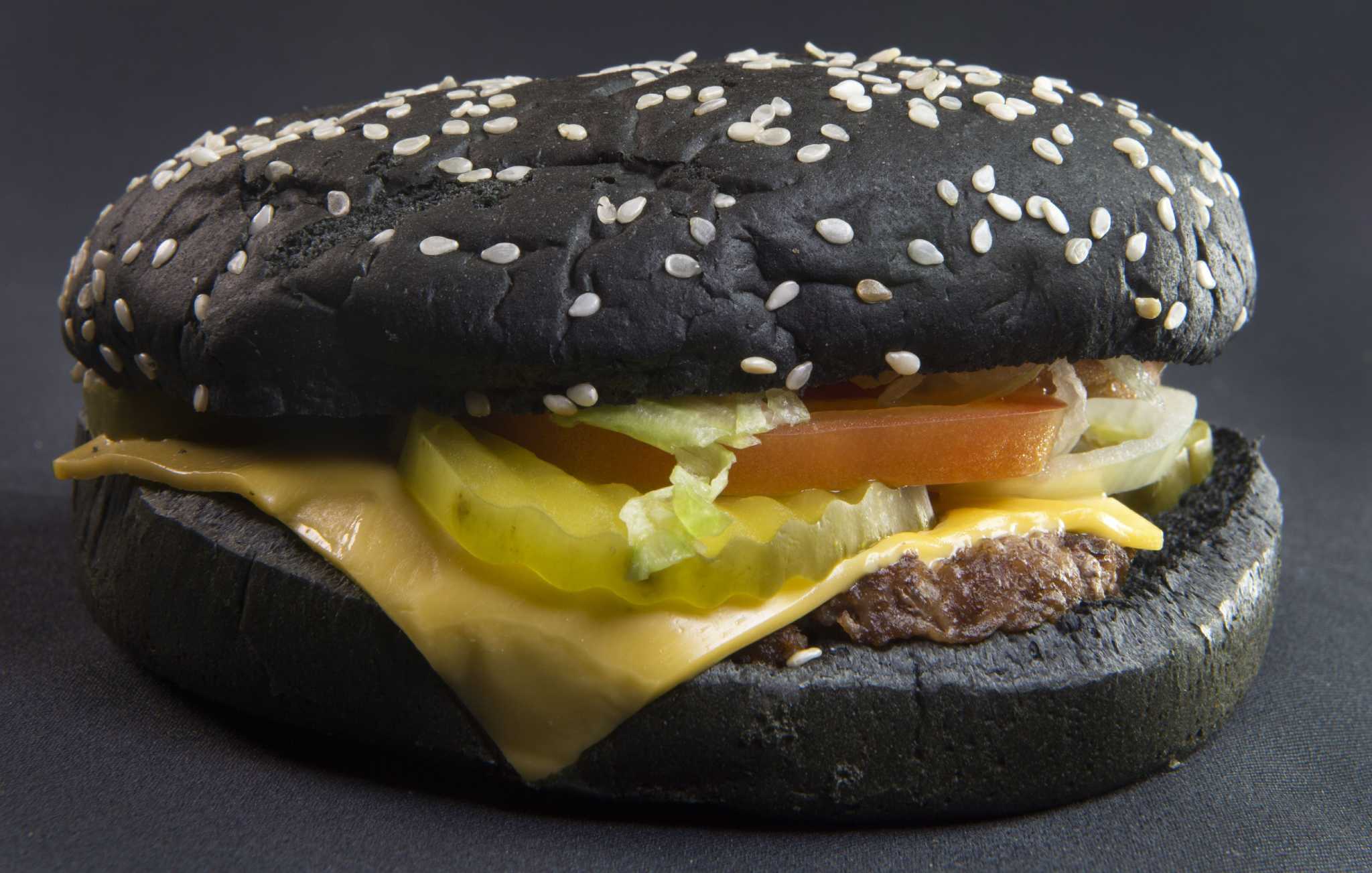 Halloween Burger from the No. 2 burger chain, Burger King, with 14,000 restaurants everywhere on this crazy blue planet hurtling across the universe. Thick and Hearty Sauce baked in the bun that turns it black. Over there, the black color is...

Nonetheless, purchasers are undeterred, suggesting the market is ready for further innovations along these lines.

Burger King has brought a black bun to the US

I’ve tried it! It’s quite tasty, actually – it’s infused with A1 steak sauce flavor, somehow, which isn’t something you expect from a burger bun. And yes, my poo was sort of Swamp Thing green for a day or so afterwards.

The book Fast Food Nation – which is essentially about how bizonkers the business of McDonalds’ fast food is – has a really interesting coda where the author admits that he still enjoys the occasional Big Mac. He says (paraphrased), “McDonalds wouldn’t have sold 100 billion burgers and fries if their food tasted terrible. Their whole business is based on making appealing food you enjoy eating. Their burgers taste good, their fries taste great, and they’re constantly working on making their food taste better. Otherwise they wouldn’t be in business.”

Now i crave fried chicken for lunch. Thanks Emo Pinata.

Y’all might find the This American Life episode from two weeks ago interesting.