I’m slightly disappointed. Every few weeks I buy 120 pounds of raw chicken necks and run them through a meat grinder. They come out a slightly darker shade of pink (with some variations). I assumed the lack of goopiness in mine was because the grinder I’m using is much smaller. And also there’s a lot of bone and gristle in the necks. I throw away the occasional head that turns up.

It’s actually a little disconcerting that the real McNugget mcmix is more beige than pink.

Beige vs pink. Not much difference.

Why does Gweneth Paltrow come to mind?

I’ve seen that photo used to depict “pink slime,” aka “lean finely textured beef.” In fact, if you search Google or Google Images for “pink slime” that photo will pop up.

It’s great that you’re coming back to this, but I just wish once in a while BB editors would read the comments on their stories.

@frauenfelder could have known three years ago that this was an established fake if he had.

EDIT: My bad, I misremembered and hadn’t fully read my own link: Mark did read the thread. He just didn’t understand why people were suggesting it was fake.

Man, those were perfectly good-looking chicken breasts before they tossed them in the grinder and stamped them into homogenized calorie-blobs. The pink slime story actually appealed to me because I thought they were making something remotely edible out of what would otherwise be wasted.

Even if it were true, It’s oddly naive that people were so horrified that McNuggets used to be pink slime. I think they forget that both pink slime and all-natural organic farm-raised chicken breasts used to be twitching, bloody muscle from the guts of a shit-stained chicken. Laws & sausages, etc.

Not to worry! Here is a helpful list of products that (purportedly) contain mechanically separated chicken.

This video was totally worth it if for no other reason than to learn the official names of the Chicken McNugget shapes. And also as something to send out to all those people on my Facebook who re-post the “OMG McNuggets are made from pink slime you guys!” stories every few months.

McDonalds switched from mechanically separated poultry to all white meat in 2003. People can thank all those annoying, noisy, filthy, hippy activists who kept pushing fast food corporations to be healthier for this.

These corporations do not make these changes out of the goodness of their personhood hearts. One can also thank activists for pushing the fast food industry and grocery corporations to finally start removing the “boneless lean beef trimmings” pink slime from their products.

Thank the activists for staying on their asses all this time.

These same activists have been the victims of corporate spying in collusion with governmental sources. These same activists were infiltrated and attacked by industry all this time and maligned against with massive public relations campaigns. If you or people you know have a bad opinion, annoyance or distrust of these activists, it’s more than likely it’s because of the exposure to these vicious public relations campaigns.

A new report shines light on a murky world of private espionage. 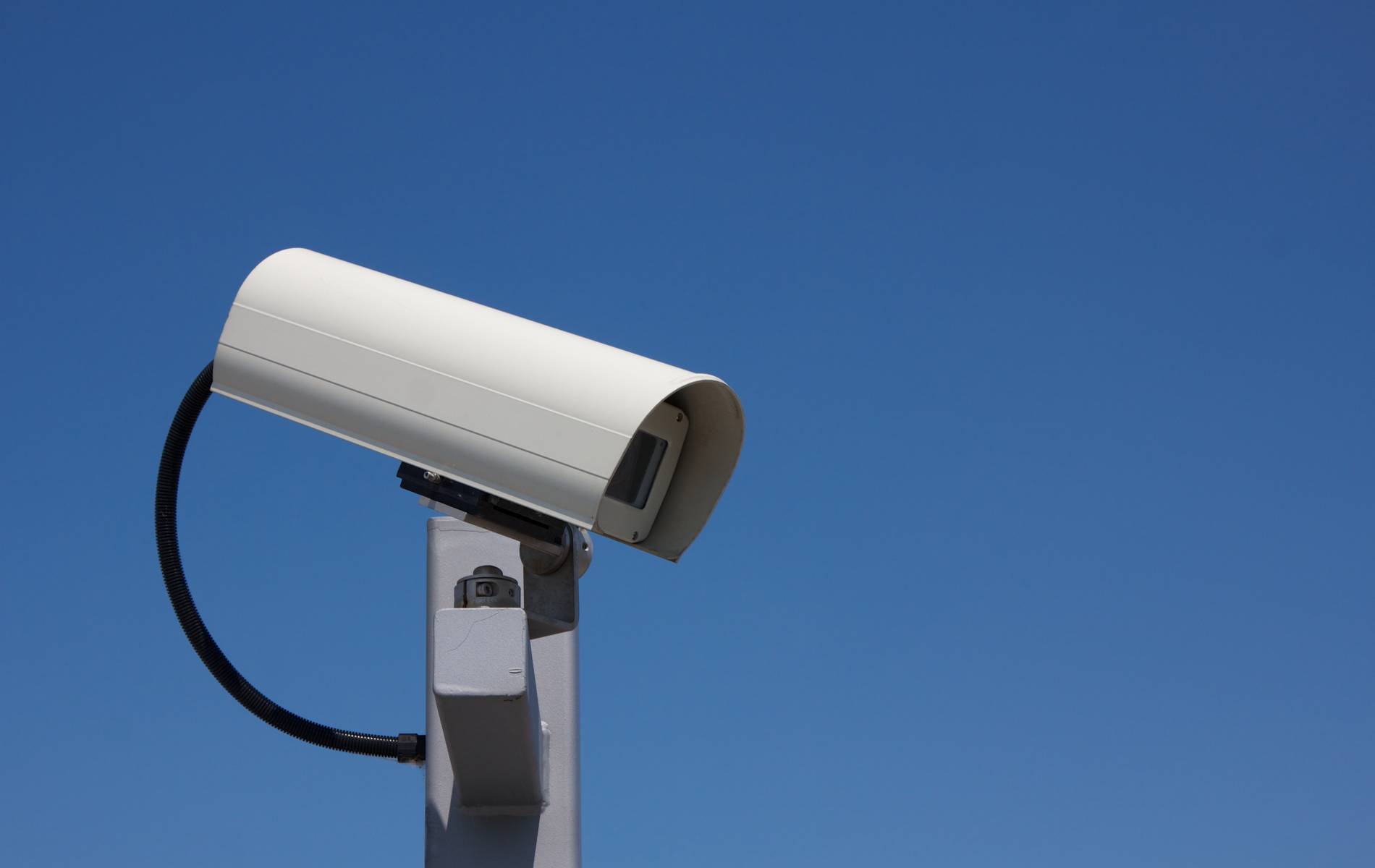 A new report discusses some of the techniques. They can be devious

Burger With a Side of Spies:

Opinion | Burger With a Side of Spies

Congressional hearings on corporate espionage would be a good place to start figuring out how to regulate the practice.

The spying game: Companies monitor activists because they can

No one knows just how much surveillance of environmentalists takes place in the U.S. We do know there’s not much penalty for getting caught.

McDonald's Corporation v Steel & Morris EWHC QB 366, known as "the McLibel case", was an English lawsuit for libel filed by McDonald's Corporation against environmental activists Helen Steel and David Morris (often referred to as "The McLibel Two") over a factsheet critical of the company. Each of two hearings in English courts found some of the leaflet's contested claims to be libellous and others to be true. The partial nature of the victory, the David-and-Goliath nature of the case, and The o... 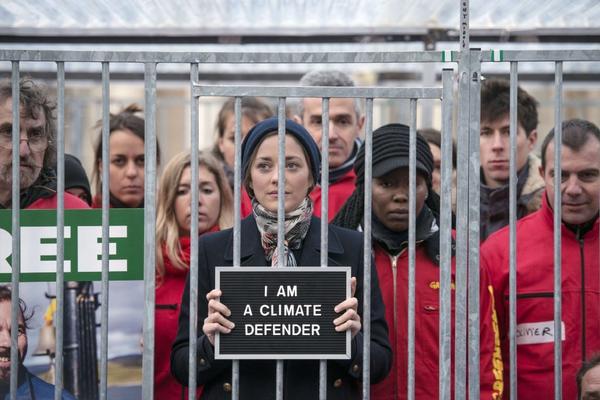 Corporations are increasingly spying on nonprofit groups they view as potential threats with little fear of retribution, according to a new report by a corporate watchdog group. The large companies... 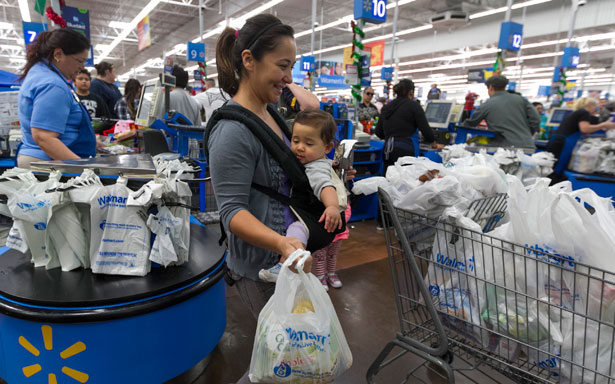 A former chief lobbyist for Walmart is helping to lead a smear campaign against labor and community activists.

Mark did read the thread. He just didn’t understand why people were suggesting it was fake.

Pink slime wasn’t fake and it’s still in use today in many food products. We can thank people like @frauenfelder and activists who’ve helped to bring pink slime to national attention for it being increasingly removed from food products by industry.

What exactly is wrong with mechanically-recovered meat? It’s still meat from the same carcass, and is surely less wasteful than just tossing it away. When I eat organic, pasture-raised chicken, I eat the dark meat, the skin, the offal and even bits of cartilage, stripping the bones pretty much clean - whether with my fingers or as part of making chicken soup. I would much prefer McDonalds did this too, than took the most boring part of the bird (the breast) and chucked away the carcass.

If you take chicken mechanically separated chicken, and mix it with carrageenins and other hydro colloids, shape it to a cubical form, flash freeze it in liquid nitrogen for storage, bread and fry it. Then you can serve it with beet foam and micro greens for 50bucks at a Molecular Gastronomy kitchen.

What exactly is wrong with mechanically-recovered meat?

I think that not everybody is pleased with the idea of eating things like cartilage (though it don’t bother me - when I eat chicken wings there is very little left on the bone). I also think that, in general, people don’t think too much about what exactly they’re eating, and where it came from, and being reminded of it tends to gross out some people.

Also, I believe the first time I saw an “OMG PINK SLIME!” post, the use of gaseous ammonia in the process of making it in order to kill bacteria caused a mass panic in people who don’t understand how little actual ammonia ends up in the final product.

OK, so they use real chicken breast… but why do they bother if they’re just going to turn it into something that looks and tastes as though it were made from ground up bones and beaks?

They may start with real food, but the end result is, like most corporate fast-food (including sit-down “family” restaurant chains), processed and homogenized to the point that the only thing getting you to the next bite is the unholy mix of fat, salt and sugar. Blech.

I’m still sad they removed beef tallow oil used to make the fries. I think it was actually more healthy, a small order of fries you FELT full, and look at pictures of those decades; most people where thin before they removed ‘unhealthy’ things and substituted with healthy things that made you want to eat more.

I would much prefer McDonalds did this too, than took the most boring part of the bird (the breast) and chucked away the carcass.

The pink slime story actually appealed to me because I thought they were making something remotely edible out of what would otherwise be wasted.

Meat is not thrown away and wasted because we don’t use pink slime, etc. Unfortunately, that’s just industry talking points that’ve been spread around by the media. The meat isn’t wasted when we do away with pink slime, etc. - It just has less profitable uses for industry.

What exactly is wrong with mechanically-recovered meat?

It can be more apt to biohazard risks for one. In 2009, there were two back-to-back incidents of salmonella contamination which caused 52,000 pounds of BLBT to be recalled. As for its nutritional value, pink slime may fill you up, but you won’t get the same effect that you would from actual ground beef since pink slime’s protein comes from connective tissue.

The risk of microbial growth increases with the use of high pressure production processes. Microbiological and chemical risks arise from the contamination of raw materials and from poor hygiene practices during meat processing. High pressure production processes increase the risk of microbial growth. These processes result in greater muscle fibre degradation and an associated release of nutrients which provide a favourable substrate for bacterial growth.

When I eat organic, pasture-raised chicken, I eat the dark meat, the skin, the offal and even bits of cartilage, stripping the bones pretty much clean

Eating your chicken “pretty much clean” to the bone is not the same process as BLBT, etc.

If you miss mechanically-recovered meat, there’s still plenty of sources for it or you can make it yourself if you’re so inclined. Personally, I’m happy to see it being removed from a lot of kid’s diets in the USA.

My problem with this image is that the “Pink Goop” is in direct contact with what looks like a plain cardboard container. That’s not generally done in food production, it would be bagged in plastic or put into a stainless or HDPE hopper. And if it is mechanically separated chicken meat, why isn’t the cardboard wet?

It was just an example of extra pink slime run-off from a machine. It wasn’t faked, if that’s what you’re implying. The lack of industry transparency and lobbying is the reason we don’t have more pictures of it.

What about the part where it gets washed with ammonia and then reflavored with chicken flavor? Is that a fiction too???