Documentary on right-wing "three-percent" militia in the U.S

I’m hell-bent on keeping my guns, too. But these assholes are only going to make it harder and harder.

Good to know that the Government has absolutely no intention of doing anything about these domestic terrorists, their only saving grace is the color of their skin. 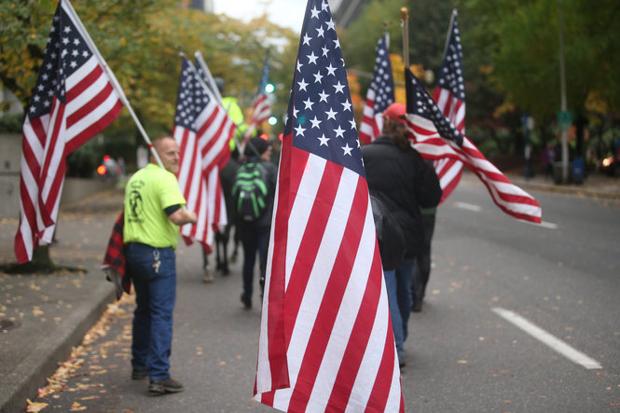 The reconfigured jury of nine women and three men returned the verdicts after five hours of deliberations in the high-profile case that riveted the state and drew national and international attention to the federal bird sanctuary in rural eastern... A federal jury in Las Vegas refused Tuesday to convict four defendants who were retried on accusations that they threatened and assaulted federal agents by wielding assault weapons in ...

Only one guy was charged in a separate incident in Utah. Point of interest, he’s a personal friend of the Bundy’s who are responsible for the events of the previous two articles i posted. 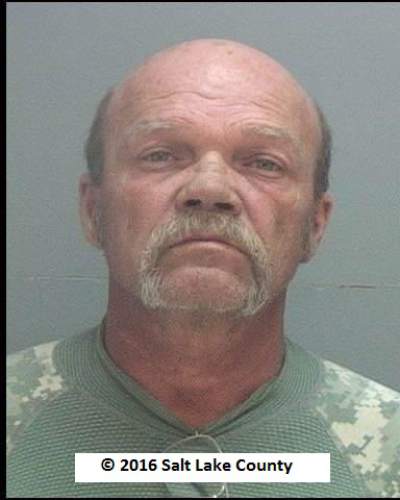 These guys are a walking self fulfilling prophecy.

The problem in the wild is that the 3%logo looks a lot like the Fallout Vault 111 logo.

It helps to tell the difference if they also have an Info War sticker, but it isn’t always the 3%ers with those…

The members of these militias are so stupid and short-sighted that they still don’t understand that their thin white skins will offer them more protection from the bad ol’ federal government than AR-15s ever will.

THIS! When I keep seeing “BLM terrorists” in print from bots and/or real right wing zealots, I’m really confused as to why they are slandering their own. I honestly keep thinking these people are referring to the Bundys, et al that are fighting the Bureau of Land Management, and not the other BLM, which is a peaceful group of people protesting against cops constantly killing them because of skin color.

I honestly keep thinking these people are referring to the Bundys, et al that are fighting the Bureau of Land Management,

I had the BLM confusion for 2 or 3 weeks before it became pretty standard the BLM was now Black LIves Matter, and not Bureau of Land Management.

from the bad ol’ federal government than AR-15s ever will

But what about NK nukes and Iranian ICBMs?

If the bad old Federal Government collapses, how will they keep the US nuclear arsenal functional?

These idiots have no idea what’s in the Constitution, other than the Second Amendment and parts of the First.

I wonder how committed to defending the constitution these types actually are.

For example, what would they do if a constitutional convention was held which said private ownership of firearms could be decided at the state level, and several banned them without European style permits and background checks?

Nah, they’re not really fans of even the Second Amendment, given that the word “regulated” appears right next to “militia.”

Nah, they’re not really fans of even the Second Amendment, given that the word “regulated” appears right next to “militia.”

In context with the 2nd Amendment - what do you think “regulated” means?

It means congress and or the states have some authority to make laws regarding the who/what/when/where/why/how of weapons use/ownership/manufacture. How far said authority extends is something we have the pleasure of arguing about until the cows come home.

I don’t know what it means, but I do have some observations. The Founding Fathers didn’t favor a large standing army. The local militia was for defense against Native Americans, the British, various marauders, and of course, the government. Obviously there needed to be rules for the militia, so they couldn’t harass the locals. The situation is different now. Maybe it shouldn’t be, I don’t know.

the local militia was also slave patrols. arguably slave patrols were the most numerous of the ‘well-controlled militias’ of the time.

It means congress and or the states have some authority to make laws regarding the who/what/when/where/why/how of weapons use/ownership/manufacture.

Not really. “Regulated” is the 18th century term for “drilled and trained” in the tactical use and maintenance of firearms and small-unit discipline, preferably by a professional soldier (e.g. a sergeant). Taken that way, the Framers did not envision a bunch of point-and-shoot yahoos like these “militias” or Cletus toting the AR-15 he just bought into the Olive Garden but something more akin to the National Guard.

The local militia was for defense against Native Americans, the British, various marauders, and of course, the government.

Correct except on the last one. The Second Amendment was not intended to be the Constitution’s suicide clause. It is an insult to the Framers (whether you’re talking about Hamilton or Madison or Jefferson) to claim that they put in all the work they did on the core document (regular transfers of power, checks and balances, etc., etc.), only to shrug and throw this in as a “just-in-case.”