Dogs and cats hate holiday fireworks. Here are 3 tips to protect your pet on July 4th

One quite sensibly hides in the basement, somewhere sheltered next to a stone wall, if there is gunfire, fireworks, or intense storm activity. She creeps out, cautiously, after it’s over and does a thorough damage inspection.

One becomes distressed and seeks comfort from the nearest other feline or human family member. He stays anxious and needy until it’s all over, then he’s cheery and carefree again. He’s very zen; he lives in the moment.

But the calico goes to the window and growls. If there’s lightning or fireworks, she will bat at the glass. When it’s over, she is smugly proud of herself, since quite clearly she has scared these bad things away with her awesome might.

Our cats don’t really seem bothered unless it is a really loud big-bada-boom nearby for which a few will hide for a moment and then emerge.
On the other hand, our little dogs (dog now) are incredibly afraid of even the quiet murmur of distant blasts.

When I was young we had a golden retriever that loved guns, but was afraid of firecrackers. His fear of firecrackers was cured the time that I tossed a firecracker near an old stone fence that scared a ground squirrel straight into his clutches.

I wish someone would post up a similar article for small children. A lot of little kids get drug out to these fireworks shows, usually hours in advance of the actual show and so there’s lots of sitting and waiting, they’re up way past their bedtime, and then just when they are about to fall asleep or totally falling apart, these awful pops and whistles go off. It’s scary for them. I know people think little children will find it so wondrous, but I wish that people would really consider whether their own child is going to react in wonder or terror.

This is all mighty fine advice, but what if the Independence Day holiday starts somewhere around the second week of June in your neighborhood? Srsly, it’s a nightly barrage of way too loud mortars for about a month culminating on the 4th with illegal fireworks everywhere and a smattering of handgun and shotgun blasts.

Add to this: coping mechanisms for veterans with PTSD. I’m very glad that’s not something I came out of the military with, but I know far too many that did. Actual fireworks displays usually aren’t that bad, as they are at least scheduled and thus can be avoided, if needed, but as @IronEdithKidd mentioned, a majority of the explosions aren’t exactly listed in the paper. (Our subdivision loses at least two mailboxes a year.)

Yeah, I don’t understand these parents who bring their 2-3 year olds (or younger!) to fireworks displays. I don’t plan on bringing my kids till they’re 7 or 8, most likely. My 6 year old is tentatively ok with the fireworks that pop up in the local park for the few days surrounding July 1st, but those are far away and pretty, and not very loud. Up close and personal with the professional-class fireworks would be WAY past his comfort zone. And I won’t even get into the 3 year old.

Thankfully, my 14 year old pooch has lost his hearing enough that he can’t hear the local fireworks shenanigans any more. At least, not from inside the house. Still have to mind him when I let him out in the evening before bed, lest somebody set one off unexpectedly.

Happily our current kitties are pretty much unfazed as long as they are in the house. The last kitty I had before I moved to Seattle would just want to hide for the whole week and whenever there was a thunderstorm.

In my neighborhood it started in late May, and it’ll be going for another month at least. Then it’ll start back up in time for Christmas/New Years/Chinese New Years, with a random smattering the rest of the year. It seems to have gotten much worse since they outlawed all fireworks, somehow.

A friend of ours is a vet, and the Fourth of July is her big day. Our area is full of animal lovers, and we have a big fireworks display over the harbor. She takes advanced bookings, and on the 4th, she and her staff spend much of the day sedating people’s pets.

Luckily, there has been a fairly successful crackdown on early fireworks users. The noise used to start the week before, but now there are a few shots the day before, but most people save it for the big show. The fact that it gets dark around ten helps, and the fact that people really are worried about the risk of forest fires helps too.

Of course, there are the Canadians who let it out on the 1st, but they’re across the strait so we can see there fireworks, but we can’t hear them.

I found an easy solution for my kids. We live within walking distance of a spectacular viewpoint overlooking the Rose Bowl, so when my daughter was two or so I started taking her to see the fireworks. But, remembering the very sensitive ears I had as a child, I bought her some cheap ear protection first. 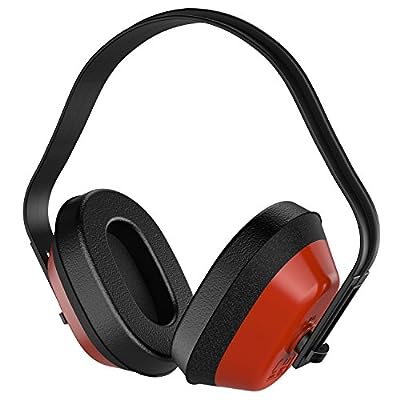 26 Decibels of Ear Protection Neiko Safety Ear Muffs are an easy and inexpensive way to guard against dangerously loud sound levels common not only around construction sites and machinery, but also ar ...

Something like these, which go for about eight bucks. Both my kids happily use them for fireworks shows, and also when they’re in my music studio with me while I play my drums.

Two times on the 4th of July I’ve found frightened, lost dogs. They jump the fence (possibly getting injured) and can go quite a distance. This problem seems to not be widely known.

If anyone’s raising a puppy who’s not already afraid of loud noises and bangs, it’s also possible to train some dogs to associate fireworks with play.

When I was a kid I knew a dog that needed to be sedated during thunderstorms and fireworks. I wanted to avoid that with our new puppy, so every time we encountered a loud noise–fireworks, truck backfires, etc–I instantly stopped whatever else I was doing and gave her a quick and vigorous round of whatever game was most convenient at the moment (usually “tug”). The first few bangs like that that I remember alarmed her a little bit, but the games won her over pretty quickly.

The result is that now that she’s two years old, if there are fireworks nearby, or if there’s a thunderstorm, she’ll often bring me a toy or try to initiate a game (sometimes in the middle of the night…)

YMMV–this dog was never particularly fragile or nervous (e.g. she has been actively curious about construction noises since she was only four or five months old…)

coping mechanisms for veterans with PTSD.

Not just veterans. Last year I met a woman who hated Guy Fawkes night, because all the late night bangs and whistles reminded her of her childhood in WW2 London.

her childhood in WW2 London.

To my mind, a childhood during the Blitz qualifies one as a Veteran. Or should, anyway.

Hell, I am a grownup and I am traumatized by fireworks now.