That’s kinda what I’m saying, that stick will break before the lava lifts much, even if it hasn’t yet cooled enough to be solid

I thought the lava flow might have sort of folded over the phone.

Sorry, I was busy watching the planet cook some ravioli by giving birth to itself

FWIW, this wasn’t an accident. The guy that did it is a pyromaniac that loves destroying stuff but knows extremely little about technology.

If one of his “experiments” doesn’t end up destroying a device (because he doesn’t understand the science or technology behind it), he’ll get angry and hit it with a hammer or break it until it is destroyed.

He’s a child with more money than sense.

I think that guy did crayons in an iron skillet. It all caught on fire after being nice and melted down. And he had no fucking idea what to do. He tried to put it out with a towel, even though he had a sink it’d all fit in right there.

That’s exactly the video I had in mind when I wrote that!

He doesn’t understand the concept of degassing at all.

Also, he could have bought a pack of 64 blue crayons from Crayola for $24.99 http://shop.crayola.com/on/demandware.store/Sites-Crayola-Site/default/OnePageApplication-Start

A fool and his money are soon parted. And also maybe his house, and life if he’s not careful.

Seriously, he said “steaming hot”. He could at least have gotten a thermometer and looked up the melting point and flame points of crayon wax. It’s probably on Crayola’s MSDS for these crayons.

Re-watching that, I’m thinking “Put the flaming pan of wax in the oven!”

And the dumbass doesn’t even wear gloves when he’s pulling apart a clearly compromised device. He deserves whatever contamination he comes across. He’s clearly high school educated. He just was too high in class to pay attention or something.

Seriously, half the time people say “I never knew that” to me I honestly reply “I learned that in 10th grade, were you even paying attention?”

Maybe I have an unfair advantage though. I’ve been on prescription stimulants since I was 12, so I just don’t forget things.

When you heat a large amount of wax in a container that prevents it from evaporating quickly, it becomes a slow burning fuel that spews hot balls of liquid everywhere. I learned this the hard way when I put a small candle on a large base and the flame reached the rim of the base. Never again.

Anyways, here is some safety information on Crayola crayons that you mentioned. It seems to lack temperature data?

How rich could he be if he has a shitty exposed-element electric stove?

He does this stupid/dangerous crap so often and has never taken any precautions whatsoever.

It will end very, very badly for him.

Edit: he gets the reason for the visual effects so completely wrong! It’s clear he didn’t even bother to look it up on Wikipedia, the very least an idiot playing with dangerous chemicals is expected to do!

@ActionAbe save us! You know chemistry, explain why this idiot is so wrong.

He’s a child with more money than sense.

To be fair, one reason for the continued following of Moore’s Law and the extremely rapid evolution of mobile phones is the sheer number of children with more money than sense. Poor people in India can now communicate cheaply because of demanding children in the US. This is one place where trickle down has actually worked, except that the Chinese had a lot to do with it. 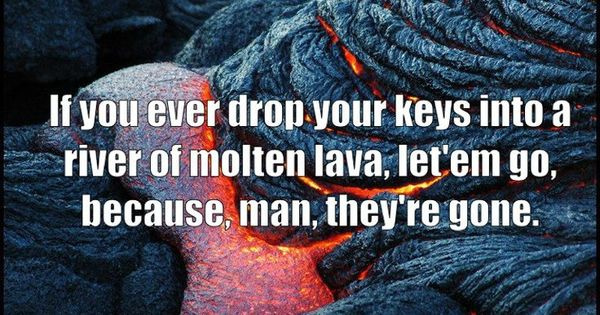 Goodness grief that is facepalm-worthy.

I especially liked the bit at the end, when he’s got a pan of burning wax:
“what do i do now?”

Well, holding a metal pan with a metal handle that’s full of burning wax in your bare hand and waving it over a wooden floor complaining that the handle is burning your hand is certainly what you don’t do, geez.
At least put the thing down before it burns you and drop it, spraying molten burning wax everywhere…

Did you see the screen starting to glow? That was awesome. And I suspect a unique clouding occurs when exposed to heat damage.

@ActionAbe save us! You know chemistry, explain why this idiot is so wrong.

So… in a responsible lab, you’d be running this reaction in an ice bath, but that’s kind of the least of it. The biggest problem I see is splash and explosion hazards. The guy is risking some nasty chem burns at the very least. The reason lithium-ion batteries explode is that they’re under pressure and lithium is essentially mixed with an organic fluid that is flammable. The lithium is reactive with air (people say it reacts with the moisture in air, but under most conditions involving thermal runaway, the bigger factor in a lot of situations is probably just the reaction with oxygen.) This sets off the pressurized flammable fluid and… kaboom. Well, more like, fwissshhhhhh, but you get the idea. The piranha solution is releasing unstable atomic oxygen while the sulfuric acid rapidly dehydrates anything organic. So lots of water and oxygen in the mix to react with. If the phone went off, it would have send acid splashing everywhere.

The guy sounds like he maybe heard the phrase “piranha solution” from a frat-boy friend studying chemistry and probably just thought it was “badass.” It doesn’t sound like he has any idea what he’s doing, as evidenced by the fact that he couldn’t hazard a guess as to why he got a white square on the phone and what the black stuff was. That’s what makes this dangerous, more than anything. Behind the camera, for a stunt like this, I might be wearing a smock and a face shield (the no gloves bit was more than a little disturbing as someone who got a nasty burn frying fish from a small splash of hot oil when I slapped it into the pan too quickly), but I doubt he’s doing any of that. He doesn’t seem to know what the dangers are at all. Things like this have a tendency to go awry very quickly if you don’t have any kind of contingencies or even a thought-process ready. My girlfriend’s roomate ended up having to get his arm bandaged up to the shoulder just the other day when he started a grease fire while trying to deep-fat fry.

The oil caught fire, he panicked and tried to move it out of the house in a long walk around the kitchen counter to the patio door. The second he opened the door, the wind came streaming through and pushed the flames onto him. He reacted to the heat with a spasm which send hot oil raining down on his arm. The reality of the problem here is that he didn’t know where the fire extinguisher was (or was unwilling to use it). It sounds like he was using a pot that was too small, he didn’t have a lid ready, and the impromptu plan of walking it out of the house was probably not the best. At least he didn’t throw water on it (never do that with a grease fire, in case you didn’t already know). The problem there was no preparation. You can some pretty risky stunts if you have some sense of what can go wrong, but even normal household tasks can be risky if you don’t have some basic precautions set up.

I guess the lava did fold over it, but only after he had thrown in right on the crest of the advancing wave of lava.