I hate this timeline. I really, really do.

I can never go back to the nineties, speakers pulverizing my brain in a seasonally disused ski chalet, community centre basement, or temporarily autonomous abandoned gas plant… covid or not, a rental stage on a municipal fairground with a DJ lineup provided by Sony Music and co-sponsored by Ford and Smirnoff never was and never will be a rave.

This is tailgating with drum machines. Perhaps I lack the imagination necessary to feel the magic in this. Slap a bloody donk on it, I’m out.

Actually my getting older self can dig this approach. Not that I hate crowds just this is a nice relaxed option that looks fun.

How are you going to sell MDMA at a drive-in?

Half the fun of a rave is getting mashed up against a speaker or wall of bodies, then some pretty someone grabbing your elbow and dragging you through the whole dance floor outside to yell in your ear about how awesome this party is.

3 adults picture per car. Presumably they all don’t live together and everyone here will be sharing toilet facilities.

They even delivered merch right to your spot.

3 adults picture per car. Presumably they all don’t live together and everyone here will be sharing toilet facilities.

This. This is the real problem to me. Stuff like this is like a social distancing cargo cult. If people are doing things like this, they are not taking COVID seriously, I’m sorry. This is why America is in the state it’s in. Even if everyone in every car lived together and didn’t use a bathroom, you’re telling me all those people wore masks the whole time and never got near people in neighboring grid squares? Bullshit. We can’t even get people to follow the rules in grocery stores, never mind a giant party.

If you are not an essential worker, America, stay the fuck home. We’re all tired of quarantine life, but selfish stunts like this are dragging it out for everyone. Look at every other country that bit the bullet, locked down, and followed the rules. They’ve all basically beaten this thing and are nearly back to normal with minimal deaths.

Sorry for the rant.

Same here. The rent of film by distributors was denied to drive ins, either for free or when paying a ticket. There was a movie theather near a parking that to do a drive in had only to literally make a hole in the outside wall, move one of the projectors to face outside and put a silver screen in the parking to make a drive in but it was denied too.

I understand that we need to get acquainted with limitations, social distancing and all the necessary precautions…BUT I find this solutions SO LAME!!! I see no fun at all in this kind of live events surrogates. I’d rather stay home and wait until it’ll be possible (hopefully soon) to go to real live event.

This looks lame, but it beats the resurgence in underground “quarantine raves” in the UK. 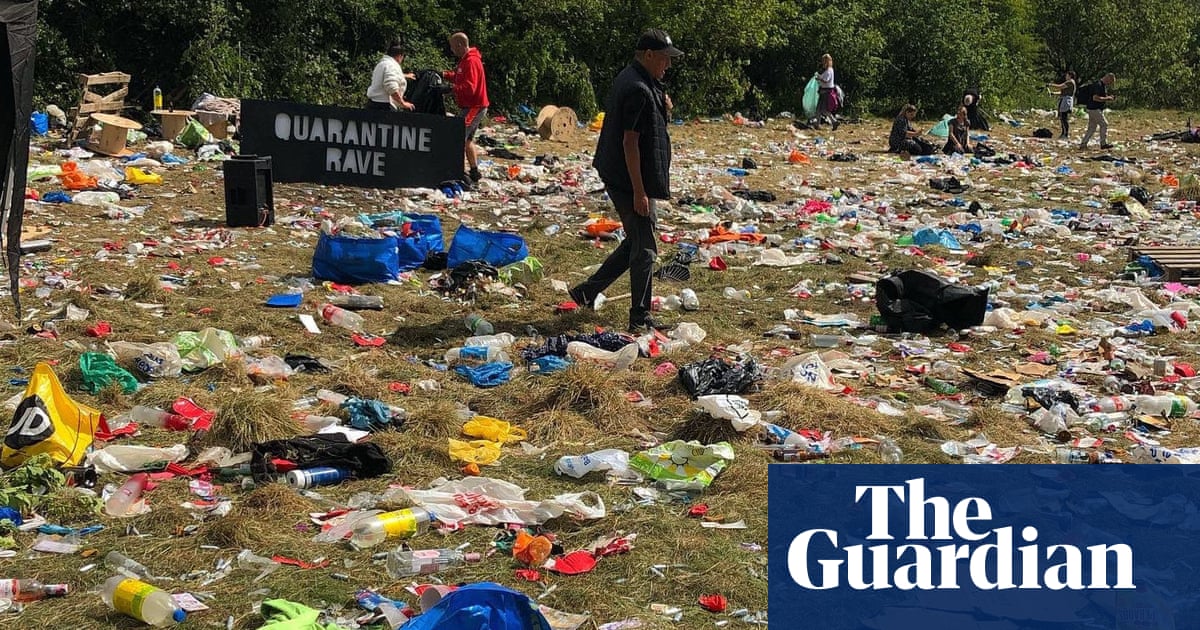 Summer of illegal raves expected in England despite coronavirus crisis

Only slightly better than the German auto “rave” from, wow, 8 weeks ago… Again, hard pass.

Honk your horns in the air and wave your glow sticks like you just don't care...

You’ve likely heard of neighborhood car parades, drive-in concerts, and the drive-through strip club. Now, you can add the drive-in rave to the list of creative and kind of unsettling and sad…

If you are not an essential worker, America, stay the fuck home . We’re all tired of quarantine life, but selfish stunts like this are dragging it out for everyone. Look at every other country that bit the bullet, locked down, and followed the rules. They’ve all basically beaten this thing and are nearly back to normal with minimal deaths.

I hear you, man.
A friend of ours put it pretty succinct yesterday when we were talking on the phone. She said that making the emphasis on telling people that masks and staying home helps protect others, it triggered anger in all the assholes because “freedom”.

Genuinely did not realize that raves were still a thing.

Uhhh - sounds kinda good for the shows I go to. Smaller Industrial, EBM type things. It looks like that lot would actually hold that level of crowd. But like a well known band? Not enough room. If you had enough room you wouldn’t hear or see shit from half the lot.

Around here. It’s country music concerts. Nothing I’d be interested in seeing. But it sure is helping the drive ins stay in business. Some even allow coolers of food and liquor. Other’s no liquor and they charge a 10 dollar a car ‘cooler fee’ if you want to bring in drinks and food. Garth Brooks advertised a ‘drive in’ concert. But people where pissed when it was 100 dollars a car…and it was just him on a satellite feed on the screen.

The local drive in concerts (and the VNV Nation concert I heard about in Europe) have been broadcasting audio via FM radio, so the sound system is the distributed radios brought by the audience.

VNV Nation showed pics of their stage, it looked so weird to have their normal setup with absolutely no speakers set up…

I wouldn’t be surprised if places start investing in low power tv broadcast equipment so you can bring a TV with you instead of a radio, so you can have the detail image on the monitor and look up to see the stage in the distance. Low power TV broadcast used to be very easy, now that it is digital it’s a lot harder.

Oh well i guess that makes sense. Too bad my car speakers are sooo shitty. The back ones don’t want to work, even.