Well I suppose it’s the quietest, most private place in town. Or was.

This strikes me the same way as watching the house cat find something new in the house, after which they will climb that thing simply in order to sit on it.

I know that place.

What’s kind of weird is it’s located on the grounds of a Catholic boarding school.

“And I’ll raise you up… on turbine wings.”

I’m just glad he was clothed

What’s with Jukin Media blocking embedded playback lately–is it just me? More importantly, are they Jukin’ the stats?

This strikes me the same way as watching the house cat find something new in the house, after which they will climb that thing simply in order to sit on it.

Several years ago I got the idea to build a set of narrow shelves for my desk, mostly so I could locate my routers and modem nearer to the cable jack high up on the wall. I brought the result into the house, set it down, turn around long enough to close the door to my garage / work space and found that it was already being investigate from the top. 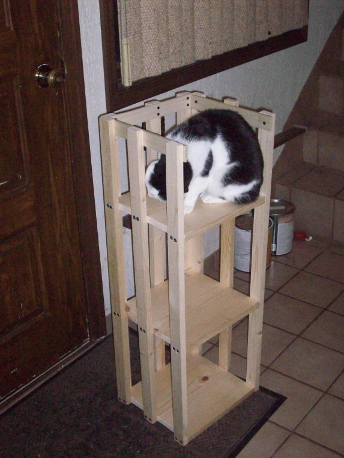 (She was the the only cat I’ve ever known that liked being around operating power tools. She always had to investigate whatever crafting I was doing.)

This looks fake to me. The “persons” motions don’t seem natural.

It is pretty irresponsible flying that close to a wind turbine, on or off, and doing so is, in fact, a big sick bird.

I fly drones, both fixed wing and more recently quads, and I hate that drone pilots are the new millenniums dog owners. A few bad ones crapping up the place and giving everyone who has one a bad name.,

Hey, that’s my old high school, the Portsmouth Abbey and Priory! Used to all boys, now it’s coed. That’s probably one of the monks up there; apparently one of them climbs up there every morning to pray at sunrise.

“The ‘persons’ motions don’t seem natural” could become the next “I can tell by the pixels that it is a fake” meme.

Yeah - I was gonna say, if it was me up there, there’d be no clothes.

Gentleman uses his remote controlled drone to harass people in places where they might very reasonably expect some privacy, thank you.

Funny, I was thinking the same thing, about both ideas expressed here: a) it looks fake and b) I can tell from some of the pixels

Drone not owned by Microsoft or government, so this is okay. Right?

Apparently not fake. Looks like this is Brother Joseph having his private time invaded by some guy with a drone.

Footage of the monk, taken by a drone, was posted on the website of the British publication Daily Mail.