Whether they’re anti-vaxxers or not, fascist strongmen suck.

Change of plans. Do not send your sick people to Guantanamo. Send your antivaxxers to the Philippines.

I could’ve sworn the last time I spared a brain cell for this jackass it was because he was joining 45 in denying that the virus was a thing.

“You choose, vaccine or I will have you jailed,”

In some of the states, there’s a nice lottery you might win if you get vaccinated. Those prizes are much nicer than what he offers.

Frustrated by a country that has fully [vaccinated only 2.1 million out of its target of 70 million people

Apparently there’s actually a pretty decent demand for vaccines in the Philippines, depending on what type is being offered. Mostly they’re just offering Sinovac, which, as many countries have been discovering lately really isn’t that great, especially against some of the variants. 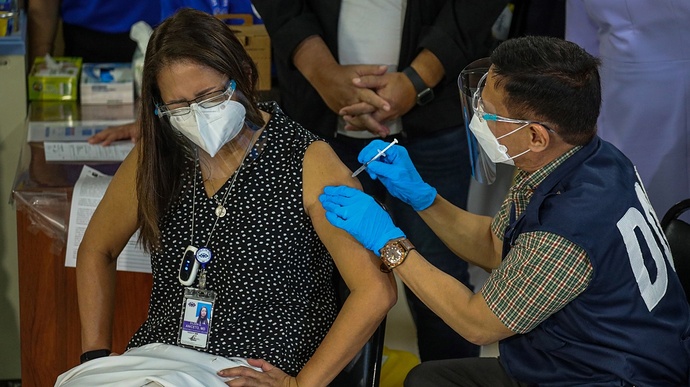 Do People Need To Know Which COVID-19 Vaccine They're Getting? One Country...

The Philippines is going "brand agnostic" after a vaccination site was swarmed this week when people found out Pfizer doses were to be given out.

On Tuesday, residents lined up outside the Manila Prince Hotel as early as 2 a.m. for a chance to get one of the 900 Pfizer jabs that the local government announced could be given to walk-ins

That wasn’t a threat, that was a promise. When people show you who they are believe them.

In some of the states, there’s a nice lottery you might win if you get vaccinated. Those prizes are much nicer than what he offers.

I was in a discussion recently about how clever this lottery was, in attracting people who are bad at probabilities and expected value, the same as some of those who are holding out on vaccination. My friend suggested an alternate lottery prize: a free gun!

My friend suggested an alternate lottery prize: a free gun

A revolver with one bullet in the cylinder. It would appeal to right-wing covidiots on so many levels.

I was gonna mention also that early on it was announced that the Philippines was going to be a test bed for the Russian vaccine. As in… even released there before it was released in Russia. I dunno what came of that, probably Duterte had a dictator moment. He changes his foreign policy the same time he changes his socks.

Either way, by the time vaccination time came I bet a lot of people there didn’t feel super confident in what they might end up with.

Free ammo. It’s been consistently hard to obtain ammo since the pandemic started.

Ivermectin itself is a perfectly respectable medication for humans(though, since it’s an antiparasitic you’d probably rather avoid the bodyhorror involved in it being a suitable treatment for you, if you have the option); and it also works in veterinary medicine for all sorts of animals that also get parasites.

Did he just pull names out of a hat? Is there some theory out there that Ivermectin cures or prevents COVID?

And “which is intended for pigs”, does he think it’s an exclusively veterinary medicine? Is that just an oddly-species-specific way of saying that he’ll be using veterinary-grade rather than approved-for-humans grade because with Duterte Harry the cruelty is definitely the point? Is there some cultural nuance that makes ‘for pigs’ worse than other types of livestock? Is he especially peevish about a perceived or actual level of vaccine reluctance in the relatively small muslim population there?

Only way to stop a bad guy with a gun is to prime the immune system ahead of time so that it can recognize and react to any future bullet infections that one may suffer?

My guess is part of it is related to this: 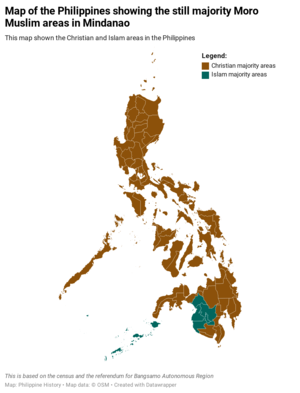 Did he just pull names out of a hat? Is there some theory out there that Ivermectin cures or prevents COVID?

There are a few studies out there that suggest that ivermectin may have a modest prophylactic or therapeutic effect for covid patients if administered early. But definitely no scientific consensus yet. Some studies found it ineffective, but other studies are ongoing and proponents say that the timing and/or dosing in some of the earlier failed studies wasn’t ideal.

Whether there’s a statistically significant effect or not it’s clearly no miracle cure.

Yes I am not immature and had to look.

I’m agreeing with Duterte… Well played, 2021. Well played. Here I was thinking 2020 was the shizzle.