...these smaller stars are less stable, and Proxima Centauri is known to have violent flares at times. Its occasional tantrums...

yeah, but it’s got Mind Worms all over it. who want to deal with that nonsense?

“only” 4 light years away

My bags are packed!

“European Southern Observatory (ESO) will announce the finding at the end of August.” (From source article)

The Alpha Centauri system gets a few claims for earth-like planets. In 2012 there was the planet Bb, which turns out to have been a statistical artifact. Last year there was the possibility of different one around star B, and now there is this announcement that there will be an announcement of one around star C. I am inclined toward skepticism for now; it seems like one of those things people really want to be true more than that they actually have reason to think so.

You’d think, given how we’ve been able to spot planets around stars much further away than the Centauri system, that we’d have a pretty good idea what the closest star system to us looks like by now.

Of course, we don’t even know what all of the Pluto-sized masses are in our own solar system, so I guess it’s just not that easy to spot planets.

Spin up the FTL!

Cool! Now all we have to do is figure out how to travel at the speed of light!

That illustration is confusing because the circles look like orbits, when they’re actually …just some circles.

…listen: there’s a hell
of a good universe next door; let’s go

A possible habitable planet with no Kardashians (that we know of)? Sign me up!

Isn’t this how the old TV show “Lost in Space” started?

given how we’ve been able to spot planets around stars much further away than the Centauri system, that we’d have a pretty good idea what the closest star system to us looks like by now.

The methods of finding exoplanets are mostly not dependant on distance, but on the star and planets having certain properties that make the exoplanets easy to detect. We still have very little idea about the exoplanets orbiting our nearest stellar neighbours because very few of them have those properties.

For instance, the first exoplanets found were almost all very massive planets orbiting very close to their stars or orbiting in very eccentric orbits. That’s because they were found by proper motion studies, watching the star move across the sky as seen from Earth and looking to see if it wobbles in its path in a way that suggests it is being pulled back and forth by one of its planets. That works best for stars that are moving quickly as seen by us, regardless of how far away they are. The slower the star seems to move, and the slower its planets move, the longer you have to watch it and the more sensitive your instuments have to be to detect any planets.

Another example: the vast majority of currently known exoplanets were found by Kepler, a space telescope that monitors the brightness of tens of thousands of stars and tries to detect dips in brightness that suggest an exoplanet is moving in front of the star as seen from here. It’s monitoring all the stars in a particular patch of sky. Again distance doesn’t matter so much as having the planet’s orbit cross across the star as seen from here, something that doesn’t happen very often, so it only works for a fraction of the stars in the sky.

Alpha/Beta Alpha a/b and Proxima Centauri, like most of the other very nearby stars, is not well suited to our detecting its planets with the telescopes we have today. various space based and ground based telescopes are planned that could change that, but it’s going to be a while before they go online.

Eta: got mixed up over the difference between alpha/beta and a/b. Star names can be very confusing.

Eta2: should have made clear that “easy to detect,” when it comes to exoplanets, means “we are just barely able to detect them with our current instruments.” Until we get space telescopes with hundred+ meter mirrors, there can be no easy where exoplanets are concerend.

Actually we need to figure out how to exceed it, unless you think a four-year trip is feasible. Or unless you’re talking probes.

The book Centauri Dreams makes, I think, a pretty good case that people have committed themselves to multi-decade projects before–although ideally we’d still need something that reaches a minimum of one-tenth the speed of light.

Have you ever seen Kardashians and Mind Worms in the same room together…?

Have you ever seen Kardashians and Mind Worms in the same room together…?

Sid Meier’s Alpha Centauri will never be the same again.

Cool! Now all we have to do is figure out how to travel at the speed of light!

“But due to time dilation, many of the people you know on Earth will be dead when you get back.”

“You already convinced me; you don’t have to keep dangling carrots!”

My bags are packed!

JK. If I show up to Cape Canaveral with luggage one more time I’m gitmo’d for sure.

We took the fliver out there over the weekend. 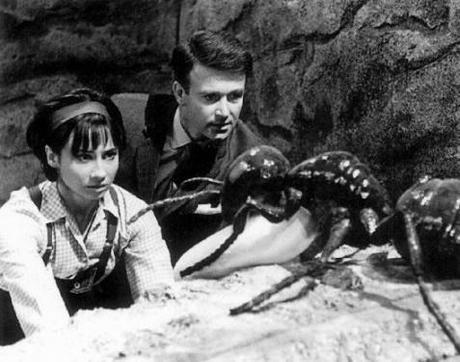