it’s based on conventional wisdom, and maybe that’s just not good enough anymore for us to puzzle out what’s likely to happen. Maybe it never was…

I wish there was more in the media similar to these comments from Michael Moore on “The ReidOut” with Joy Reid (linked just before the 7 minute mark):

According to a report from the Washington Post, a senior Republican lawmaker is suing to block her home state of Wisconsin from counting military ballots because she fears fraud is involved.The report notes that Rep. Janel Brandtjen, the chairwoman...

GOP, now anti-military? Or just worried that they aren’t going to get the votes they expect, because, well, anti-military. 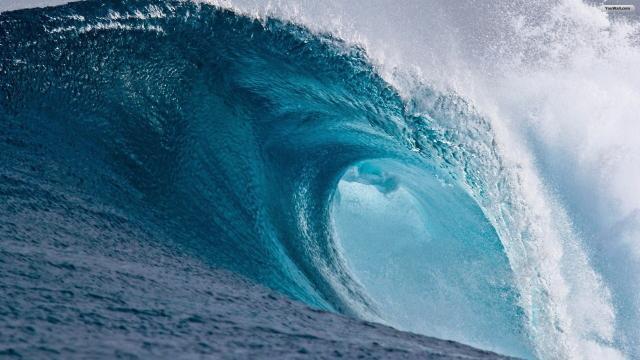 TargetEarly posted updates on late Saturday night and they look great! Democrats lead 50-39 in early vote. What does that mean? Doesn’t this just mean that we always vote early? Well, we can compare it to 2018 and 2020 to find out. A Blue wave... 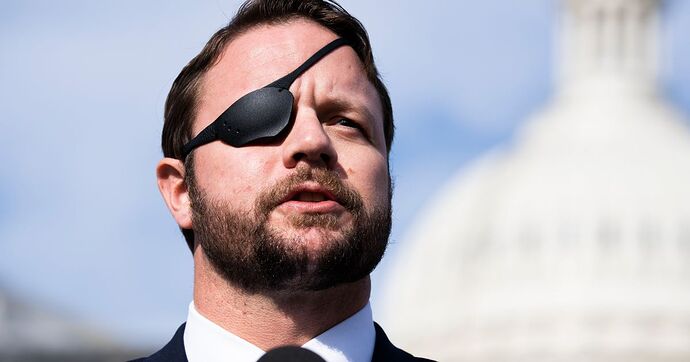 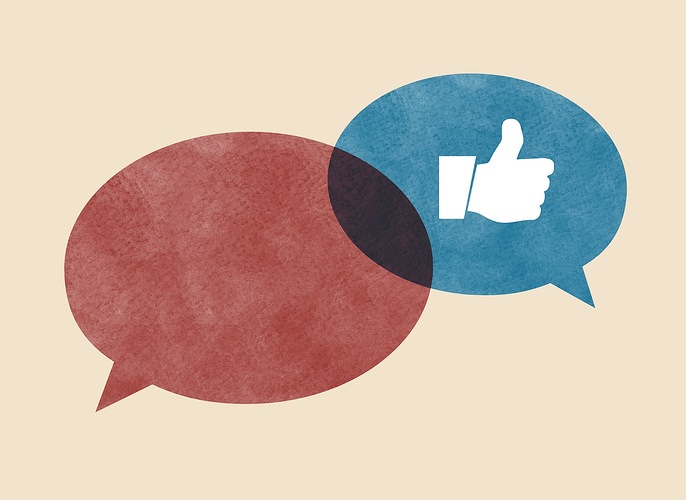 A Washington Post review of social media found scores of misleading posts by Republicans candidates who've denied the legitimacy of the 2020 presidential election. But none was flagged as misleading by the social media companies.

Is that good or bad? I can’t tell anymore. 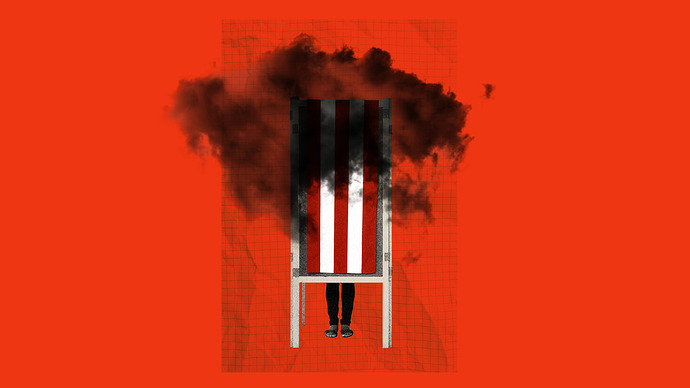 Pollsters Have ‘No F*cking Idea What’s Going to Happen’

Pollsters and election handicappers are very worried they could be wrong in decisive ways for the 2022 midterms.

Why Philadelphia posted lists of mail ballots that need fixing

About a third as many Philly voters requested mail ballots this year as in 2020. Reasons range from mistrust of the USPS to excitement about voting in person, Asha Prihar reports. 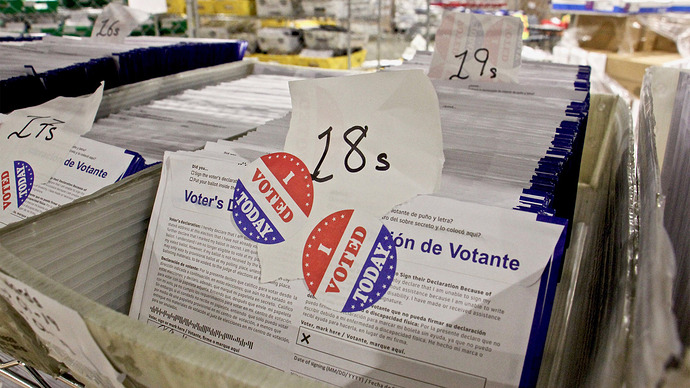 “What kid likes to fill in bubbles, like a standardized test?” one youth vote organizer said.

The lists are here: 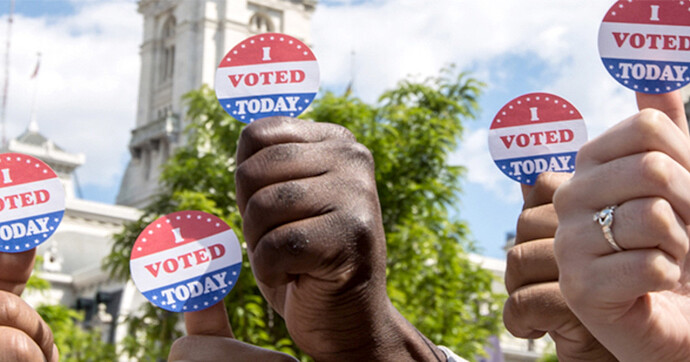 According to Dave Wasserman, the U.S. House editor at the Cook Political Report, the big problem is that “response rates suck. We’re down to 1 percent of people on a good day who are willing to talk to a pollster for free”

Wow, that drop continued! And they were so hoping for a plateau. No wonder they have no idea. This chart is from 2019: 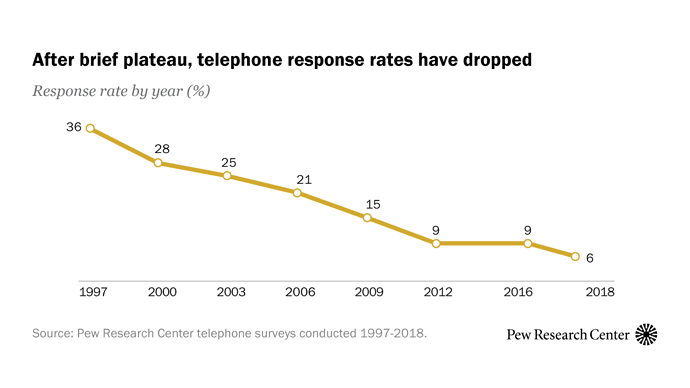 Response rates in telephone surveys have resumed their decline

Response rates to telephone public opinion polls conducted by Pew Research Center have resumed their decline, to 7% in 2017 and 6% in 2018.

Is that good or bad?

It’s good to finally see this headline, but bad that it comes after years of attempting to manipulate the press and the public. The percentage of people who have already voted by now and possibly been influenced by this is why they should have the same disclaimer that accompanies horoscopes.

I wish there was more in the media similar to these comments from Michael Moore on “The ReidOut” with Joy Reid (linked just before the 7 minute mark): [Michael Moore On Oprah Endorsing Fetterman, Shocking Alleged Statements By Dr. Oz On Healthcare]

Now if only people would stop with the whole polling shit and focus on policy. Hell, they could even poll people about questions of policy…

I know this is mostly about America, but it’s important for the rest of us too, so…

Personally, I have faith in you. Come on you guys. 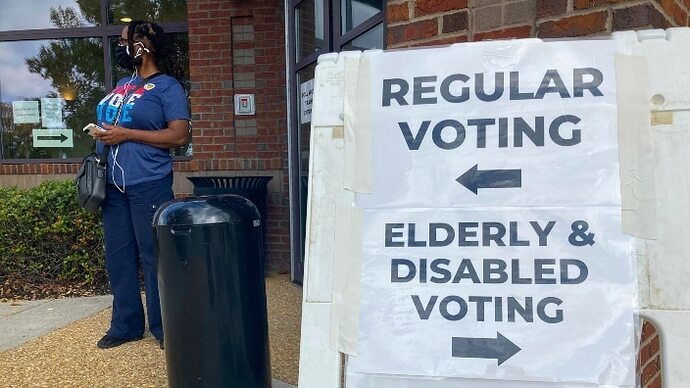 Atlanta-area county sued for not mailing voters their ballots

Georgia's Cobb County is sued for its failure to mail absentee ballots for Tuesday's midterm elections to more than 1,000 voters.

Also, John Oliver did a great report about election subversion:

They’ve been talking about this on the local NPR station - from what they were saying about 1000, so not insignificant. Last I heard, they had planned to hold a discussion about it this evening. They also plan to take ballots post-marked by tomorrow (not having arrived tomorrow, as current law states). You also have to wonder if this was intentional or not… angry white people mad about their county getting less white.

Just FYI, some background on Cobb - it is a suburban metro county that used to be lily white after white flight from the city. It’s the district that gave us Newt “leave them when they got cancer” Gingrich and refused a MARTA line because they feared “criminals” would ride out to Marietta and steal shit and ride back (this was actually said in the county debates about it… I believe trashbags were involved somehow

But it’s been diversifying for the past decade and a half or so, and becoming much more Democratic (so much so, that they changed the boundaries of that district to make it redder, which is why Lucy McBath is now running in my district.

There were some poll observers present. One was wearing clearly identifiable regalia and held a binder of documents and the other, well wasn’t. No red hats at least, but I continued to eye her suspiciously.

In my area most of the vicious advertising I’ve seen has centered on the election of Judges. Not surprising because of the continuing Republican strategy to control legislation via the courts.

There were some poll observers present.

There were 2 at my precinct (which is also an early voting location in my county) when we went a couple of weeks back, but no red hats (they can’t, officially wear partisan gear), but they were 2 white people in a minority majority part of the county… 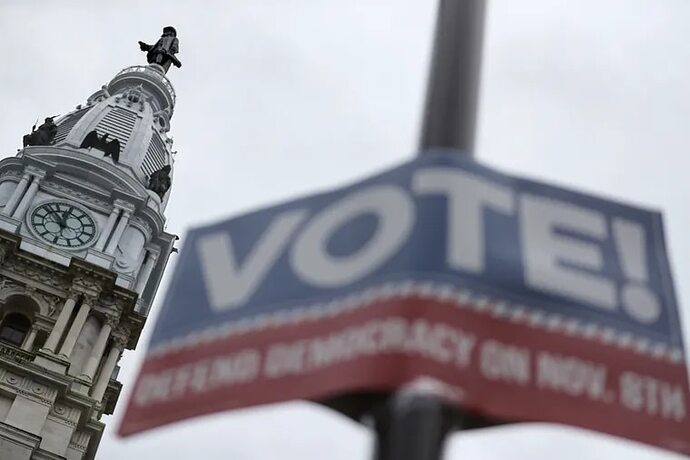 Vote count in Philadelphia will take longer due to last-minute change; 3,500...

Voters will choose Pennsylvania's next governor and a new U.S. senator to represent the commonwealth.

Me, until the official results are announced…