Hooray! I look forward to saying the words “Senator Warnock” over the next six years and beyond.

Also, take that, Mitch McConnell! You a nobody now!

Wow. First the Trump org gets convicted on all 17 counts and now this.

Everything I’ve seen has them currently in a dead heat, and nobody’s called it.

What matters is where they are still counting votes, not the current count. 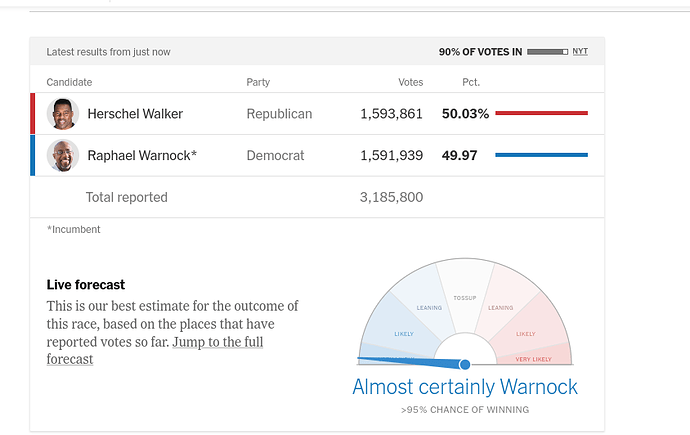 That’s fair but I want to see someone major call it, not a wonk say they’ve seen enough. I’m still burned by Gore in Florida to go with the early headlines.

The major networks have more stringent policies on calling these things after what happened in 2000. They won’t make a call until it becomes a mathematical certainty.

Yep, and now they’re calling it.

Watch as DeKalb County submits their counts. Warnock’s lead just went up by twenty thousand, and they’re only 72% done.

And no one will be taking Manchinemas calls going forward.

And no one will be taking Manchinemas calls going forward. 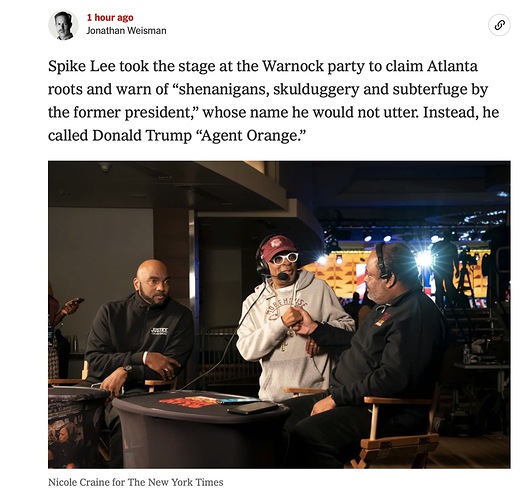 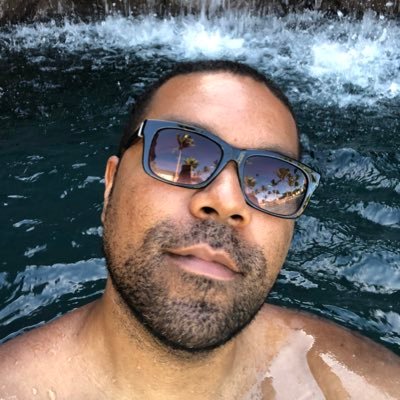 That is such a relief.

NOBODY should have to have an ignorant, self-hating, cooning, token-ass buffoon as their state rep.