Enjoy the pogo-ing mandolin player of The Stoneman Family (1960s)

“Surf Bluegrass” is what the Grateful Dead pulled off for 50 years.

Never heard of this band or the mandolin player, but that chick is a god damn badass.

I agree with that assessment. These folks rock.

In Ronnie’s defense, it’s a bit harder to pogo around with a banjo, especially if it’s got a heavy resonator. That could explain her side-to-side tipping and swaying.

In school I was in a band, and our bass player was shouldered down with this old late-70’s Gibson bass that was indestructible, ugly, and heavy as a neutron star. And he was a little guy, too. During our gigs, our bass player had that same side-to-side tip-and-sway movement. I thought it was the goofiest thing, until I strapped on his bass and played it. When I tried to move around, because of the weight distribution, I found myself doing the same damn side-to-side tipping. I yelled at our bass player that he had to get a new instrument. He finally got a newer, lighter, and slimmer model, and it made a dramatic difference; he was suddenly able to move freely about the stage.

Why do super bright highlights in those old black and white videos turn black?

Gosh i used to know the answer to this one but it’s been ages. My rough understanding is just how the image is processed, bright lights blow out the image and it shows up as black. Why black? I don’t know, was trying to Google it but i’m having trouble finding the proper way to word it. It keeps showing me unrelated queries.

Edit: it’s also dependent on the white balancing and other camera settings. You can compensate for really bright lights but the overall image will probably end up dark.

No mention of The Stonemans’ involvement with Country Bear Jamboree? Dang, BoingBoing, y’all are slippin’… 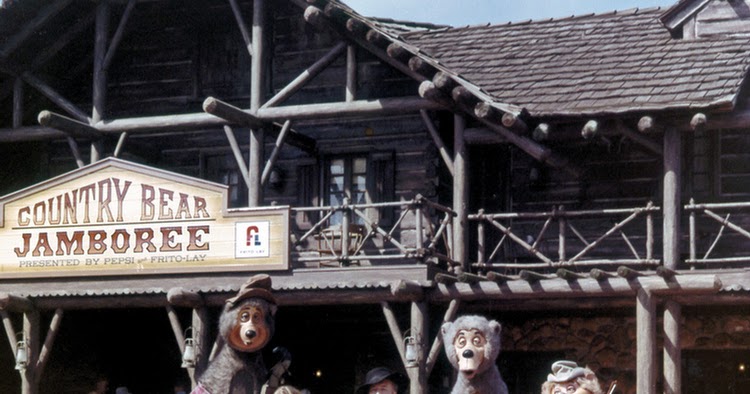 The Music of Country Bear Jamboree, Part One

In the future, we who move in Disney theme park circles may look back on the heady early days of the dominance of "The Blog" as being most...

See here. Apparently it’s because of electrons (how’s that for a cogent explanation?). I’ve watched a lot of the Leonard Bernstein/New York Philharmonic Young People’s Concerts and the early B&W ones had a lot of “blooming” as it’s called happening in the brass section.

Fun fact: Men’s blue dress shirts are a thing because of camera bloom. Back in the early days of broadcast TV, men just wore white dress shirts, but they were too bright for the camera, so the TV people started wearing blue shirts so as to appear white on the camera, but not be as bright. Eventually it just caught on as a style.

Kick out the jams!

I grew up watching The Stoneman Family and remember hearing a classmate talk of her mother hearing her literally laughing out loud at Donna’s mandolin playing and antics. Her mother was outside their house, at the time.

Now, mind you, this family has a lot of talent and Donna’s a great musician. It was always delightful to see her feel her music and express herself.

Colonel Beetlebaum in the second clip was played by Doodles Weaver, the uncle of Sigourney Weaver, and a long-time compatriot of Spike Jones, as “Beetlebaum” should remind those who know their work.