European measles outbreak infects 41,000 people, killing 27 of them (so far)

I for one wouldn’t mind seeing certain anti-vaxxers charged with murder. It is what it amounts to.

And by the time it rolls around to other parts of the world, it’ll probably be something much worse.

Evolution is time and death, not cuddles and lollipops (well, those things too but you know what I mean!)

I am fervently pro-vaccination however it seems a bit lazy to attribute the problem to anti-vaccinationists even though they are a scourge. The main outbreak is serbia, romania and ukraine so poverty and conflict have likely played a role in reducing vaccination program fulfillment. Large movements of groups from shattered north african countries without vaccination programs are probably a component as well. 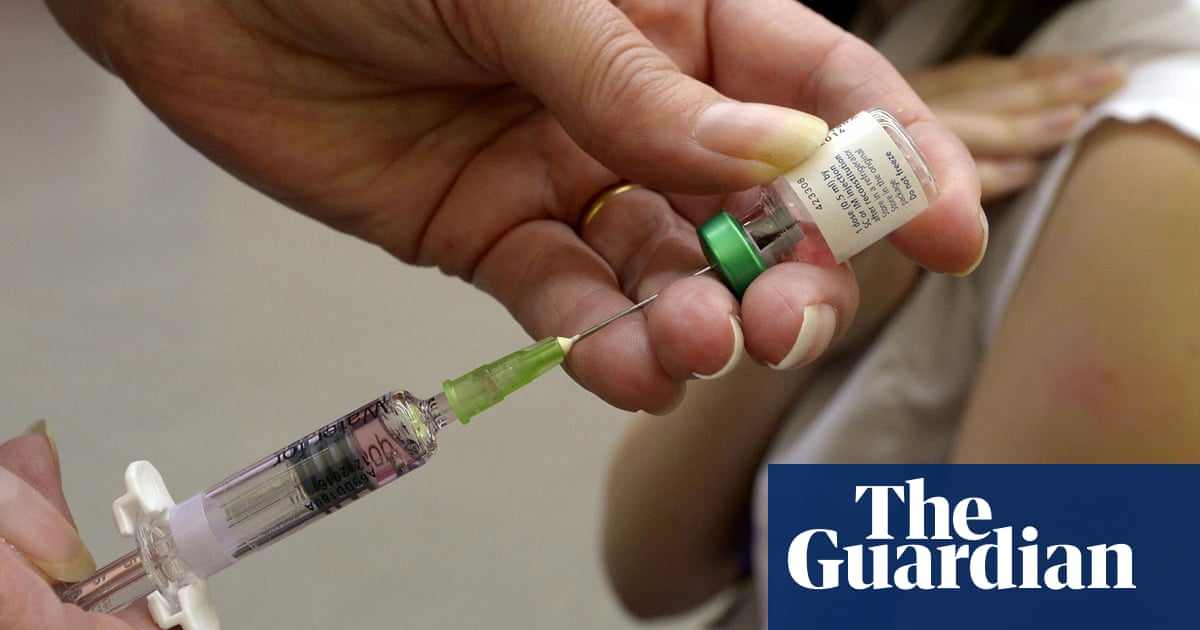 Immunize, it is not a game.

If it were a game, game theory would still tell you the best move is to immunise!

Indonesia is looking to top that

You get that Anti-Vaxxers don’t just screw up American schools and hospitals, they petition to and succeed in cutting funding to programs that buy those countries vaccines?

Given that Indonesia is the worlds forth most populous nation it has a head start and probably does not have to try as hard to beat it.

The stock image in the OP looks more like chicken pox. Measles is pretty much the most contagious thing you can imagine, so it’s important to know what it looks like if you’ve travelled to an affected area. Early symptoms are high fever, runny eyes, and white spots in the mouth. Flat red spots usually start at the hairline and spread.

If you don’t vaccinate your 1 year old, then blind someone’s newborn baby with rubella, there needs to be serious consequences.

I’m all for a small army of nurses showing up at people’s homes and force vaccinating children. Even if parents are not present. We’re not yet at that point, but we will be if we continue to tolerate irrational and unreasonable people we create a very serious public health crisis.

Serbia’s vaccination rate (MCV1) is down from 95% in 2010 to 82% in 2016. That is roughly on par with where it was during the height of the war. Romania fell from 95% to 86% in the same period. Both of those started high enough for herd immunity and fell below the threshold. In contrast Hungary held steady at 99%. You have a point with Ukraine. Their drop in vaccination matches up with the violence.

A couple years ago I had the pleasure of sitting next to a woman in a mechanic’s shop while I was getting an oil change done on my car.

She had two kids, one toddling age, wobbling around touching everything, one still wrapped up. She spent the entire time I was there dictating messages to her iPhone related to how the person on the other end could avoid mandatory vaccinations for her children so they could go to school.

Apparently this woman was some higher-up in a local antivax group here in Colorado Springs.

I wish I was a more confrontational person in real life. I just sat and seethed.

What does not get nearly enough press specific to measles is SSPE occurring years later, which is universally fatal, and the significant increase in all causes infectious morbidity and mortality in the 2 years following an infection due to the fact that the virus is devastating to the immune system. The acute mortality is “only” about 1:1000 or a bit less, but long term it is significantly greater, and morbidity is ridiculous. You just cannot overemphasize the need to vaccinate at a rate sufficient to maintain herd immunity and prevent the spread of this monster.

Honestly, this is terrifying. Much worse than the efforts against polio vaccination.

However, the fatwa also states that the use of the product will be allowed for the time being due to the lack of viable alternatives.
…
He said the religious organisation understood the dangers associated with not getting children immunised.

If your religion doesn’t permit consumption of pig or human, then there is a lot to interpret when it comes to blood, tissues, fluids, and cells from those species.

With a significant enough investment in researching new production techniques for these vaccines it is at least theoretically possible to remove pigs out of the equation. Even a slightly less effective vaccine is better than no vaccine at all, especially if widely and consistently applied to the population (herd immunity).

But I’m not optimistic that an anti-science ultra conservative faction in Indonesia is going to have a safe and viable plan. Human life is not as important as religious dogma to these people, because dogma is an addiction and gives an amazing kind of power over people.

Bad news, anti-vaxer’s. You’re only protected by “herd immunity” if you’re in the part of the herd that’s been immunized.