Every episode of every Star Trek series ever, ranked

The discussion on Reddit’s /r/startrek was hilarious, because of course no Trekkies can agree on anything; personally, “Fistful of Datas” is one of my favorite Star Trek episodes. Plus handwringing about what publication published this.

Nice to see Code of Honor so far down the list. Katharyn Powers felt so strongly about the story that she managed to do it all over again on Stargate SG-1 as “Emancipation”:

SG-1 visits a planet inhabited by the Shavadai, a nomadic tribe descended from the Mongols. They regard women as property, and restrict their rights in the belief that to do otherwise would bring “demons” (the Goa’uld) down upon them. Carter ends up being ‘sold’, but when Carter beats a chieftain in hand-to-hand combat, the team changes the tribe’s opinions about the rights of women. Guest starring Soon-Tek Oh and Cary-Hiroyuki Tagawa.

This time, instead of black dudes from 7-Up, it’s Mongols. But along with being racist, this time there’s a bit more Girl Power going on, but still manages to be as painfully bad as Code of Honor.

And if anyone wants to read a snarky takedown of the first half of the first season of TNG, there’s always Wil Wheaton’s Memories of the Future.

I’m sure we can all agree that whatever order they’ve listed them, Star Wars is better.

After I found out that not one episode of DS9 made the top ten I realized that their views of Star Trek episodes and my view were miles apart so I didn’t even give it a look.

I never pay attention to rankings. They are based in someone else’s subjective tastes, not mine.

Thank you for saving me a click. How ‘In the Pale Moonlight’ could not hit a top ten is a travesty. (okay I did click and you must have missed that ‘By Inferno’s Light’ was number 7)

I so wanted to see this, after clicking through, end up being a list of 6 items, starting with “Episode 3: Revenge of the Sith” and ending with “Episode 4: A New Hope”. Such a wasted opportunity for trolling.

And evidently shooting “Code of Honor” was a miserable experience for the actors, too. The director proved to be such a tool that he was fired before the episode was finished.

Since I am only familiar with (and care about) TOS, I can’t even! I mean, too much!

I would have put Sub Rosa and Aquiel on the bottom just on principle. They were very blatant rip offs of other works.

of all the episodes, Portland Thrift Store is definitely the best. 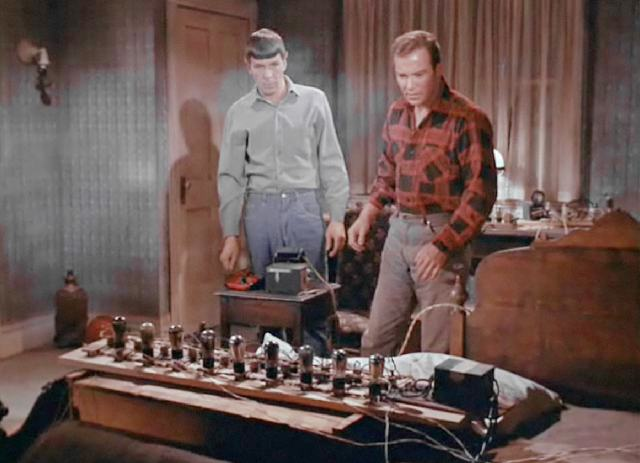 This Jordan guy is not a Sci-Fi geek. Putting The City on the Edge of Forever as #1 tells us so. It’s a frackin’ Romance period—with only hints of Sci-Fi. Give me a break.

Time travel. Hitler’s path to victory. The moral choices that result from understanding the effects of history. Nothing science fiction there at all.