Every lie Trump has told as president, a very long list by the New York Times

Why are so many people proud of their unwillingness to see the truth or to change their minds?

This strikes me as Dunning-Kreuger territory.

These individuals would have to first accept that they get to make up their own minds (an awful lot of people don’t mind being told what they think, so long as you approve of them for it).

So I think what comes across as pride in their ignorance is perceived by them as ‘pride in being on the team they think is gonna win’.

Not everyones world is made of facts.

the same suckers who vote against their own self-interest assuming they might win the great American lottery that will allow them to screw others over as thoroughly as they’very been screwed.

Sure, but most of them have suckers of their own.

When someones worldview is power and hierarchy based, they pass the crap they get down the ladder, as they try to climb to their advantage.

With a worldview based on mutuality and consensus, you can’t have -any- suckers, because no advantage is taken.

I know what you’re saying, but at that level they’re less confidence artists (which requires smarts and talent) and more bullies and abusers.

Bush Jr never ever admitted any error or weakness,

I can remember a few times Obama admitted mistakes, after Libya, and how he handled the Russians hacking of the 2016 election. I respect him more for this, though I do wish he would own up to his other failures: Guantanamo, surveillance, Syria, coming too late to the game on climate issues, etc.

Fair enough, grifter to me does not imply competence, just intent.

Actually refining your position tends to include some acknowledgement of why you previously held a different position and why you now think it was incorrect.

Yep. But it screwed John Kerry.

He said he voted for something, but now he’s against it! Kill him!

Are you kidding? “Obama’s weakness” has already cause the stock market to crash several times, the terrorist destruction of every city, and the decline of pure, clean coal. I shudder to think what would happen if he admitted another error, or even uncertainty.

I don’t get what you said there.

You’re underestimating him. He can lie like a mattress if he has to.

OJ, when was asked how he pleaded, didn’t respond “not guilty”;
he said: “absolutely one-hundred-percent not guilty.”

Well at least its nice to see the Times has gotten over their reluctance to call Trump’s statements Lies.

Failing NY Times wasn’t even invited to some important briefings. The list is full of holes. Sad!

From Trump’s Nov, 2016 meeting with NYT publisher and select reporters:
“I just appreciate the meeting and I have great respect for The New York Times. Tremendous respect. It’s very special. Always has been very special.”
…
“I will say, The Times is, it’s a great, great American jewel. A world jewel. And I hope we can all get along well.”

Why are so many people proud of their unwillingness to see the truth or to change their minds?

I think it’s because they like to imagine they are much smarter than the people exposing the lies, especially when the lies reinforce their preconceived opinions. I think this is particularly bad in those in the right wing in the US, because of the long-standing myths of “American exceptionalism,” “pioneer spirit,” and “individuality,” which hide the fact that the US got this far mostly because of the exploitation of enormous untapped natural resources. These myths gets these people thinking they are better than everyone else, and smarter too. Even when they’re dumb as bricks.

There will probably always be a good 20% of voters who would rather go down with the ship.

The trouble is we’re all on the good ship Earth.

it’s still early. The cumulative effect of four years of Trump BS, excuses, broken promises, plus the general escalating rudeness and violence of society will make many of his less devoted supporters question their votes.

We need more coverage of stories that expose the human consequences of his lies. He’s made a lot of false promises, and when those chickens come home to roost those stories need to be in the headlines. Like this one: 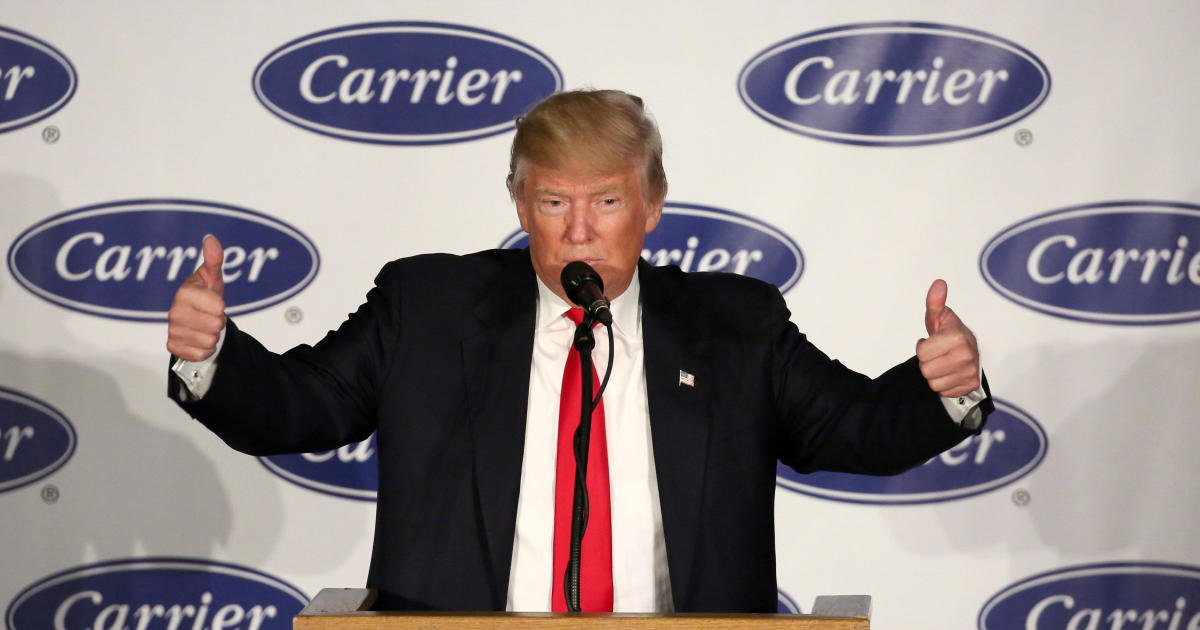 Mr. Trump told workers that 1,100 jobs would be saved, but 600 jobs will soon move to Mexico

I disagree and agree with you at once.

Saying DJT is a liar when he lies is important, and a well cited growing list is a good journalistic endeavor that is impossible to disregard without an illusionary reality (and yes, many do have this especially about politics and doubly so for GOP politics).

Explaining how when people said DJT is completely incompetent in the massive tax deals he made in the name of creating jobs is also very important, because you can bookend the statement - he said he would create US jobs with a carrot (tax cuts) but right-wing populists have been saying that would work since Reagan and it never ever has. It is, in fact, the backbone of the globalist economy as presented by Trump and others.

Saying DJT is a liar when he lies is important, and a well cited growing list is a good journalistic endeavor that is impossible to disregard without an illusionary reality (and yes, many do have this especially about politics and doubly so for GOP politics).

I think its important to do as a matter of historical record. But I don’t think it will change any minds. Nobody was under any illusions about how he operated when they voted for him. His entire campaign was a cascade of scandal and prevarication and they voted for him anyway.

His supporters reflexively excuse his lies because they think he is lying for their team. More lies are just more proof of how he’s fighting against all the other teams. For example, he said goldman sachs were terrible when they were on clinton’s team, but having them on his team is awesome. As far as they are concerned its not hypocrisy because the only principle that matters is helping the tribe. The only thing that might cut through that tribalism is him failing the tribe.

There is a middle ground in his support, and it’s eroding by all metrics. There are people that are leaving the Trump reality and seek out additional information, and for that calling out the lies is important, to widen a crack in the armor into something larger. Now to make a crack to begin with, stories about Carrier and such are important.

he’s reached a point where all he’s got left with him is his base, judging by approval ratings. there seems to be a hardcore of about 35% of the populace that are unshakably behind him. i’ve tried to create a scenario which would result in the loss of that group. i haven’t had much luck. maybe if a verified sex tape cropped up showing him and obama getting it on while both of them gloated about sticking it to the american people. short of that, and possibly not even that, i can’t think of much that’s worse than what’s already been demonstrated.

The reporting I’ve seen is that the people who are turning against trump were the fence-sitters. Its undecideds making up their minds. But the people who were for him are still for him. The one bright spot is that some of them have shifted from “strong support” to “mediocre support” but its still support.