Exploding caskets are a thing

Originally published at: Exploding caskets are a thing | Boing Boing

“It was the day my grandmother exploded.” 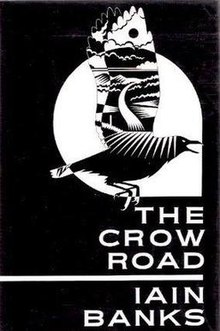 The Crow Road is a novel by the Scottish writer Iain Banks, published in 1992. The novel describes Prentice McHoan's preoccupation with death, sex, his relationship with his father, unrequited love, sibling rivalry, a missing uncle, cars, alcohol and other intoxicants, and God, against the background of the Scottish landscape. This Bildungsroman is set in the fictional Argyll town of Gallanach, the real village of Lochgair, and in Glasgow, where the adult Prentice McHoan lives. Prentice's unc...

these gender reveal events are getting out of hand

Henry VIII’s corpse famously exploded, or at least burst with enough pressure to break open the lead casket he was being transported in. 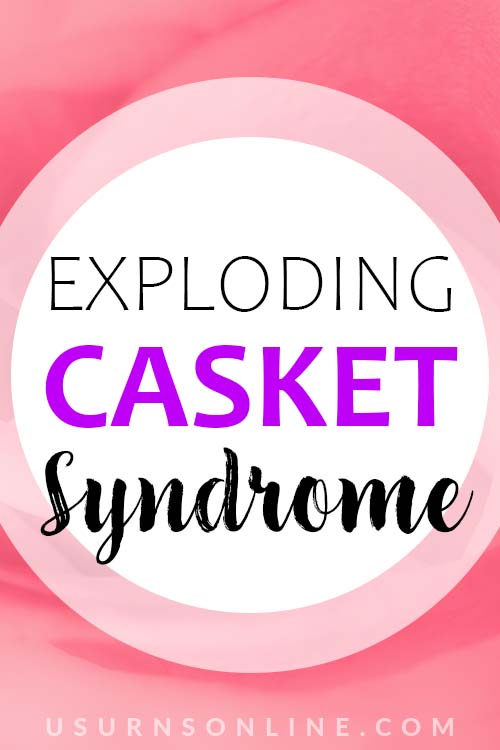 Exploding Casket Syndrome & How To Avoid It » Urns | Online

Believe it or not, Exploding Casket Syndrome is a real thing. Learn all about it, what causes caskets to "explode," and how to avoid it.

That time when dad got in his last fart from beyond the grave…but nobody was there to pull his finger.

This is why I want to go in a hole in the ground, maybe wrapped in a nice cloth or something (or in a tree pod, or one of those mushroom suits, etc)… No embalming, please. Pack enough dirt around my bloated corpse, and it should be fine…

There is a natural cemetery in my area. The owner went all the way to the state supreme court fighting the funeral homes for the right to do business.

When I looked into it a few years ago, the cemetery opens and closes the grave, but the preparation and transportation of the deceased is the responsibility the family. None of the funeral homes will work with them.

There is a natural cemetery in my area.

Mine too! It’s within spitting distance of where I current live.

None of the funeral homes will work with them.

I don’t know if they have a relationship with local cemeteries, but I believe they do? That seems weird to me, except for the fact that they don’t do it, because they get less money by not embalming and upselling a fancy coffin that won’t leak…

But hopefully, green burials will become more popular in the coming years, as well as other alternatives to the traditional form of burial in the US (in a sealed coffin, full of chemicals or cremated).

None of the funeral homes will work with them.

I don’t know if they have a relationship with local cemeteries, but I believe they do? That seems weird to me, except for the fact that they don’t do it, because they get less money by not embalming and upselling a fancy coffin that won’t leak…

My spouse worked in funeral homes. I don’t know how widespread this is, but locally there is ONE embalming business that ALL funeral homes contract out to for body prep. Supporting anything other than the default was too much effort for an already stressed funeral home, so they didn’t.

My daughter’s only job for my funeral is to put the fun back in FUNeral.

What better way than an exploding casket.

I’m an in the ground person but it might be worth an above ground drawer thingy if at some point I can pop the cork.

Maybe she’ll plan a “Final destination reveal” party, where your casket goes pop! and the mourners get to see a cloud of spores burst forth. Green spores for the Good place, and black spores for the Other place.

It would be great if I could time it and have video posted of my post mortem temper tantrum. But only if certain family members were there at the time.

One of the fascinating things I’ve learned while reading up on the subject of death is that historic reports of people being buried alive are greatly exaggerated. While exhumations, especially in the 17th and 18th centuries, did find scratch marks on the inside of coffins, these were likely not caused by someone waking up and trying to get out but a corpse moving around as it breaks down.

Our bodies are surprisingly active even in death. For some of us maybe even more so than in life.

Thanks for the idea.

Not saying these sploded, but I did see some burials in Barcelona that had deteriorated in a way that can be seen as sploded-ish: 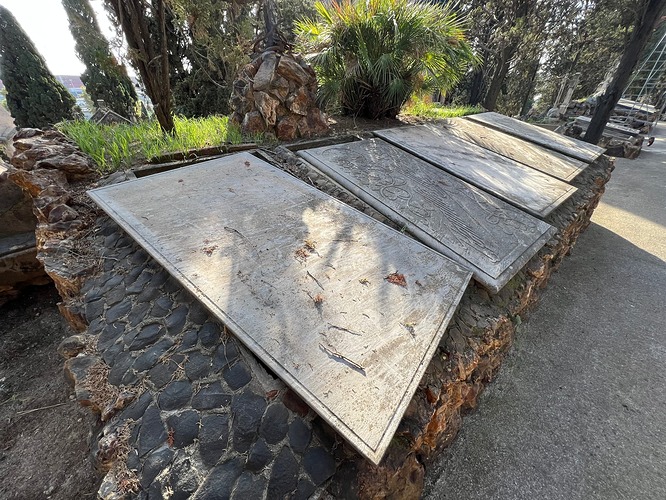 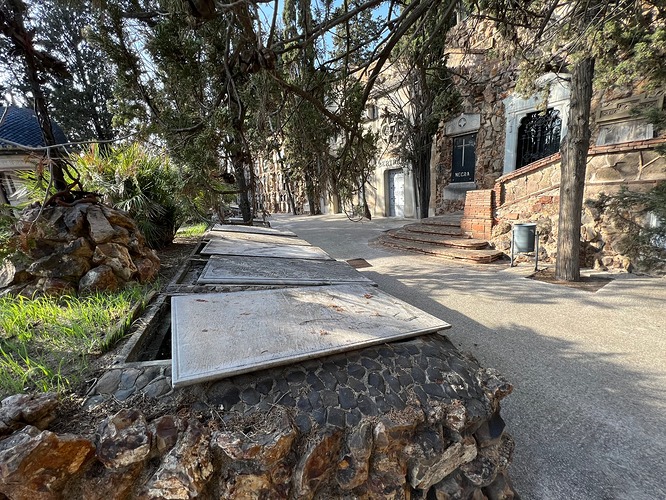 I’ve been told “by someone in the funeral home business” that caskets are coffins, but that the U.S. industry prefers the term casket for the modern rectangular boxes, primarily for marketing reasons.

It would be great if I could time it and have video posted of my post mortem temper tantrum. But only if certain family members were there at the time.

Sounds like a good spinoff from the TV show Coffin Flop.

(Excerpt) The first disadvantage of this burial option is that caskets have been known to explode in a mausoleum as a result of gas build-up from the natural decomposition process. An explosion can cause considerable damage to not only the remains of the person, but all the other crypts that are also buried in that mausoleum. However, manufacturers have since changed the design of casket sealers to include “burpers” which release – or burp out – accumulated gases, considerably reducing this risk.

Pros and Cons of Mausoleums

Read our complete guide on mausoleums, including: pros and cons; costs; rules and regulations. Be fully informed before choosing a mausoleum.

And according to this, modern mausoleums incorporate pressure relief in their designs.