Originally published at: Fake ad for birth control reveals the absurdity of including anyone but your doctor in your reproductive decisions | Boing Boing

It is funny because it is well executed. It is sad because of the truth.

Can you imagine if someone proposed requiring anyone getting erectile dysfunction medication like Viagra to get approval for the prescription from a committee of politicians after watching a video showing the consequences of priapism?

Back when Oz was merely a reputable surgeon, the suggestion that anyone other than his patient – especially a “local political leader” – would have been allowed to chime in on suggesting a course of treatment and perhaps overrule him, would have sent him into a rage.

Same with Rand Paul, though. Back when he was a respectable surgeon (who was known to be a good eye surgeon, but one who you didn’t want to be awake with because he would talk your ears off) he was also pro-choice, pro-legalization of pretty much everything, and anti-Israel-funding. But you can’t get elected in Kentucky when you say those kinds of things.

Isn’t his opponent in this Senate race, John Fetterman, the incumbent lieutenant governor of Pennsylvania? Has anyone asked Oz how he would react if Lt. Governor Fetterman (who IMO could be considered a “local political leader” in PA) overrode his medical decisions? Something tells me Oz wouldn’t take it very well.

You lost me at Amy Schumer.

It made me cry, thanks.

And that ENDING. Absolute genius.
sigh

I don’t have a doctor. Who has a doctor in America? The only person making the decision should be you.

What aspect of the comedic actor playing a part in a satirical ad was so horrific that you couldn’t bring yourself to watch?

The comedic actor herself. It’s okay, we’re allowed to not like the same things. We can still be friends.

Now they can’t ask, “What would Jeevesus do?” 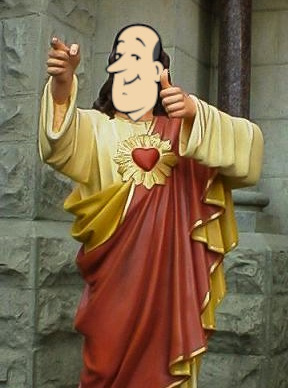