Originally published at: Some television doctor with a penchant for crudité picks on a stroke victim | Boing Boing

I can promise you Oz, making fun of people with health issues that might be partially attributable to a poor diet is not going to curry any more favor with PA’s working class than is calling your veggie tray crudités.

Trump reportedly told two of his confidantes that Oz will “fucking lose” unless something changes in the race.

Clearly, that’s a dog whistle to deploy the violent Right.

“If John Fetterman had ever eaten a vegetable in his life, then maybe he wouldn’t have had a major stroke and wouldn’t be in the position of having to lie about it constantly,” A statement like this demands a source reference. Please provide the cruciferae

If Mehmet Oz weren’t such a repugnant excuse of a human being, maybe he could have run in his home state of New Jersey. Alas, they know him all too well there, so he had to lie about where he lives to run elsewhere.

A statement like this demands a source reference. Please provide the cruciferae 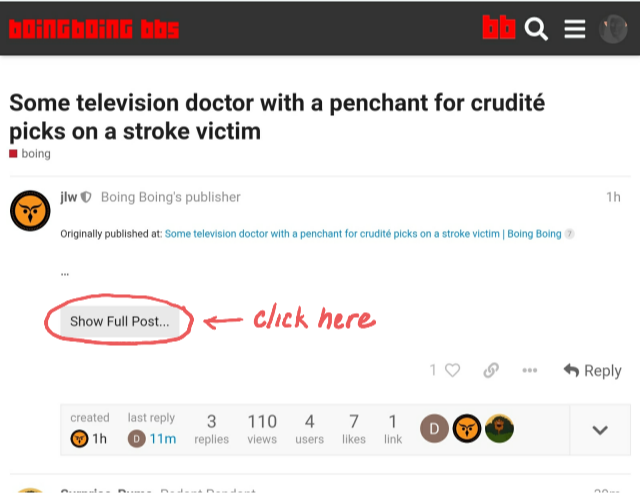 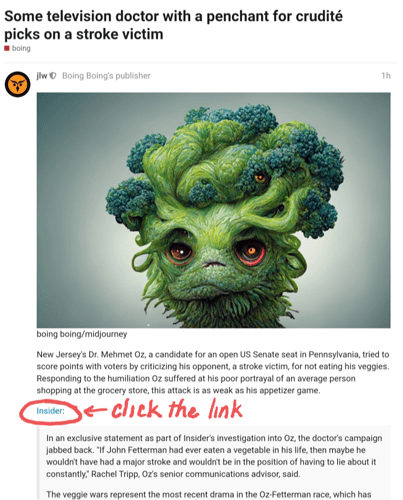 As someone who (usually) eats his veggies and had a (thankfully mild) stroke I am wicked pissed that a “doctor” like this clown has the nerve to say this kind of thing. What a complete POS.

You know the difference between a crudité and a veggie tray?

— I’ll see myself out

Also, who puts raw asparagus on a veggie tray. It is disgusting raw.

It can also be seen as a referendum on Donald Trump, who endorsed Oz early-on over fellow Republican David McCormick.

Ha, as if DJT ever gets anywhere near veggies.

(I know, I know – as if Republicans ever aren’t hypocrites.)

Maybe he could have as a Representative of a South Jersey district, but definitely not as a Senator. NJ is too solidly “Blue” overall and its current senators are way too popular to unseat.

Pennsylvania is “purple” enough that a Trump-backed carbon blob has a reasonable shot at a Senate seat.

It is disgusting raw.

Gonna disagree there. I quite enjoy raw asparagus. Though I’ve never seen it on a veggie tray…

Remember when the Republicans stated that Ketchup was a vegetable? Pepperidge Farm remembers.

“If John Fetterman had ever eaten a vegetable in his life, then maybe he wouldn’t have had a major stroke and wouldn’t be in the position of having to lie about it constantly,” A statement like this demands a source reference. Please provide the cruciferae

I know! The patent ridiculousness of that spokesperson’s statement really gets to me. I mean, of course there’s no source for it because they’re just saying something over-the-top to be snide, but it’s like they’re not even pretending to be reality-based in their digs at Fetterman.