Originally published at: Family secretly living in Nevada children's museum had a cache of guns and other weapons | Boing Boing

That is creepy AF.

Creepy… perhaps - especially with all the guns. I also believe it might be a case of a family desperately trying to find housing on a custodian’s wages. I don’t think they were living in sleeping bags because the chose that lifestyle on purpose.

Your benefit-of-the-doubtsgiving is more generous than I would have given. Especially with all the guns.
And,

Guns and suppressors aren’t cheap, so there seems to be some choice in that lifestyle.

I mean, guns aren’t cheap (well, they’re too cheap, but compared with food and rent they’re a splurge). Obviously I don’t know the circumstances of this particular case, but it wouldn’t be the first time a gun nut with contrarian views valued weapons of death over the health and well-being of their family.

ETA: @Bunbain and @sqlrob beat me to it. Not trying to pile on. Your concern comes from a real place and is directly related to a massive issue in this world, affordable housing scarcity.

I’d have agreed with you, but then I had to move across the country and find a rental. Saying it’s brutal isn’t doing the current rental market justice. I have a well paying job and found myself constantly amazed by rent prices & scarcity. More than once I also had someone ask if I had children in a way that indicated they didn’t want them in the building. Not saying the guy’s a hero, but perhaps nothing more nefarious than a gun nut who’s getting screwed by years of voting based solely on gun rights. 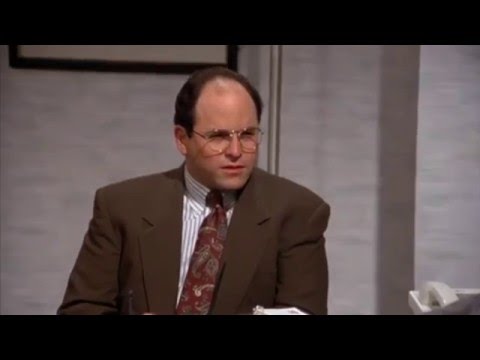 I mean, Carson City isn’t San Francisco. Affording rent is a challenge just about everywhere but life in Carson City is cheap by most measures.

It’s likely more a case of, ‘I can do whatever I want’ white exceptionalism combined with meth.

I hear you, there are far too many unknowns in this story. He may have only been reselling the weapons as a way to make a little extra money. I read the article and there was no indication of how long they’d been staying there. Maybe a quick holdover between apartments?
I just hope everyone in the family gets the help that they need (not holding my breath).

True, but a quick look on a few websites turned up nothing under 1k and a small number of listings. Not being San Francisco doesn’t make it reasonable or easy.

justice. I have a well paying job and found myself constantly amazed by rent prices & scarcity.

It’s horrifying. We ended up buying our first house last year because various pandemic factors meant that we were able to save money for the first time in our lives (mainly not paying for childcare expenses, thanks for killing universal pre-K Manchin!). Our apartment was horribly undersized for us and we’d been looking for years. I calculated that if we upgraded to a rental that could accommodate us we’d lose every penny within a year and have nothing to show for it.

We don’t necessarily want to live too long in this house (suburbs, blecch!), so one consideration is actually renting it to a BIPOC family at a reasonable rate. Maybe help give someone the kind of leg up we got. Something has to give.

Perhaps the children were an exhibit. It is a children’s museum after all.

Not saying the guy’s a hero, but perhaps nothing more nefarious than a gun nut who’s getting screwed by years of voting based solely on gun rights.

Let’s not pretend that either major party in America has any interest in keeping housing affordable. Neither has done anything in that interest in a long, long time.

I don’t remember this part in From the Mixed-Up Files of Mrs. Basil E. Frankweiler.

Let’s not pretend that either major party in America has any interest in keeping housing affordable.

I know that is a common sentiment but it’s too simplistic. Not only did Democrats push for extensive housing assistance during the pandemic, as well as direct payments to individuals, as well as rent moratoriums and assistance to landlords, they have introduced multiple bills in Congress which have been blocked or not supported by, guess who?, the GOP. Here is just one introduced in March of this year. Text - S.3788 - 117th Congress (2021-2022): Housing for All Act of 2022 | Congress.gov | Library of Congress

The info is out there if you look.

Bizarre disturbing living condition. Shitload of weaponry. That ethos indicates that authorities should now search for his escape tunnel leading out of the building.

Perhaps the children were an exhibit. It is a children’s museum after all.

The guy’s children visit his shelter one month out of the year.

Other countries, where they aren’t a regulated item, they’re frequently available for less than $100 USD.