The FBI are the biggest Bs of all the Cs.

This Tweet has audio of the court’s judge, Judge Millett, noting this FBI behavior. 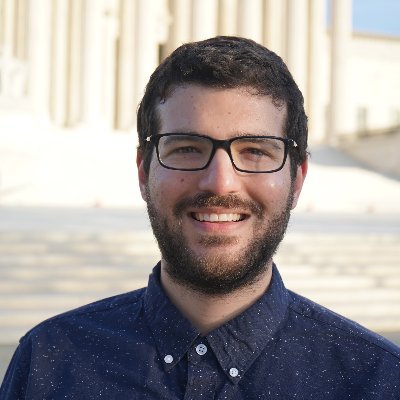 @mjs_DC
The FBI decided not to break down the front door of a wealthy suspect's house—because he lived in an "affluent neighborhood" and agents wanted to preserve the "aesthetics" of the community. During arguments today, Judge Millett assailed this "outrageous behavior by the FBI." https://t.co/3qz3ZoW5Ox
18 Likes
mallyboon April 11, 2022, 1:01pm #5

“Please go around to the servants’ entrance.”

I suppose one of the differences between rich people and poor people is that poor people might not have back doors. It takes a certain level of wealth to have a home with enough entrances that the feds can delicately spare your feelings – or those of your swanky neighbors – by going in the tradesman’s entrance.

Another consideration would be that law enforcement has a long history of carrying out raids on the wrong address. Given that rich people tend to have attack-dog lawyers on retainer, there’s a real practical argument for trying to limit the amount that the department can be sued for in the event that the raid goes awry.

I’m not saying that this preferential treatment is in any way just, simply that I can imagine some other factors that might have contributed to the decision-making progress.

The FBI agent who thought it would be smart to write “We decided to use the back door to spare the feelings of the subject’s neighbors” in his report has probably had some interesting heart-to-heart talks with his boss since that event. Next time they’ll know simply to write “We executed a tactical entry at the rear of the premises” and leave it at that.

Do guards dogs only guard the front door? I’m not sure the relevance of that.

I doubt, on average, that a police officer is more in danger when forcing entry into a home in a wealthy neighbourhood than a poorer one where gang membership and violent crime is more common.

@beschizza Rob, I (and I’m sure, others here) appreciate you posting this. In the interest of fact: Your first sentence

Cops love kicking doors down: just last week, we learned that the officers who rammed their way into Amir Locke’s home on a no-knock warrant

unfortunately comes off somewhat misleading, because, as you may recall, in the killing of Amir Locke, the police didn’t kick down the door or ram their way in. They had obtained a key, and they quietly let themselves into the apartment with the key, before announcing their presence rushing in shouting commands.

more due to the fact that it’s a politically connected neighborhood.

Probably a combination of both, but with a strong lean towards this. You go kicking in doors near someone who is well-connected, and you could find yourself in trouble.

Which is a problem as old as time, and not any less fscked up because of it.

before announcing their presence.

As a clarification to your correction, the “announcing their presence” was a group of officers screaming commands.

Indeed. Thank you for adding the clarification. They screamed commands and rushed in immediately after opening the door.

It makes zero sense to me that “stand your ground” laws and “no-knock warrants” can co-exist. This is so much the stupidest time line.

Justice is not an essential feature of this justice system.

At this point it’s a bug, not a feature.

“aesthetics”, funny in a very sad and disturbing way.

Right?!? “Aesthetics”???
Like, it looks bad if the police state damages a fancy door, but, somehow, it doesn’t look bad if they sneak (or burst) into a non-fancy house and shoot non-wealthy people in their beds?
That about sums up the current ethos of TBTB.
ACAB.

Do guards dogs only guard the front door? I’m not sure the relevance of that.

I think @angusm was talking about lawyers. But still, Principal Ed Rooney joins the chat…

Oops, I missed the lawyer reference.

True. That’s pretty clear to any of us paying attention, and it totally saddens me.
It’s the other, Vulcan, logical part of my brain that gets so…well, I guess Vulcans wouldn’t get annoyed, but whatever the equivalent would be. Because logically you can’t uphold “stand my ground” laws and also let cops off the hook for entering under stealth of night and killing people who are maybe trying to defend themselves in their homes against unknown armed intruders.
And apologies for the slight derail, but FUCK!