Finally got my Emacs setup just how I like it

Here I almost thought it was a repeat of this one… 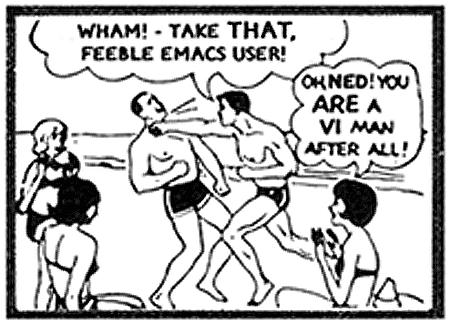 (Shout out to Ajay, my VI man)

Oh my goodness I used to work with the guy on the second row.

Yeah when I had to start doing admin work on some linux boxes and having been in a windows world for many many years I found Nano to be really wonderful for the simple edits to config files I had to do.

I’m trying to imagine whether one of the pedals is an open/close for hi-hat or if they went for the double bass.

I use nano, Atom, Scrivener, and Eclipse. Used to used TeXShop as well.

Yea, the only time I use emacs these days it to run EmacsOS inside emacs inside a docker container inside a Virtualbox instance on my macbook, because. Just because.

(In the 90’s I spent a lot of time in emacs, but I’ve actually prefered VIM for about a decade and a half. For note taking, though, I tend to use atom because of it’s great support for reStructuredText, which is my markup language of choice.)

And you guys missed the best picture… 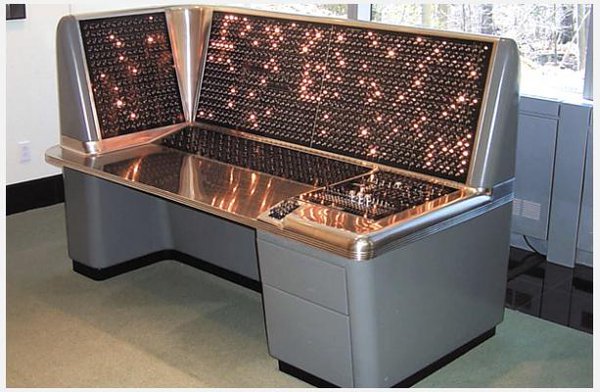 Over here I use nedit with a lot of customization for coding. Leafpad for note taking.

That first one was an April Fool’s gag from Google Japan introducing their newest Japanese input method.

-“The Great Quux”, as recorded in the Jargon File.

The best thing about emacs, IMO, is that it includes this advertisemnt for ed right in the source distribution:

When I log into my Xenix system with my 110 baud teletype, both vi
and Emacs are just too damn slow. They print useless messages
like, ‘C-h for help’ and ‘“foo” File is
read only’. So I use the editor that doesn’t waste my VALUABLE
time.

Computer Scientists love ed, not just because it comes first
alphabetically, but because it’s the standard. Everyone else loves ed
because it’s ED!

Of course, on the system I administrate, vi is
symlinked to ed. Emacs has been replaced by a shell script
which 1) Generates a syslog message at level LOG_EMERG; 2) reduces the
user’s disk quota by 100K; and 3) RUNS ED!!!

Let’s look at a typical novice’s session with the mighty ed:
golem$ ed

Note the consistent user interface and error reportage. Ed is
generous enough to flag errors, yet prudent enough not to overwhelm
the novice with verbosity.

Ed, the greatest WYGIWYG editor of all.

ED IS THE TRUE PATH TO NIRVANA! ED HAS BEEN THE CHOICE OF EDUCATED
AND IGNORANT ALIKE FOR CENTURIES! ED WILL NOT CORRUPT YOUR PRECIOUS
BODILY FLUIDS!! ED IS THE STANDARD TEXT EDITOR! ED MAKES THE SUN
SHINE AND THE BIRDS SING AND THE GRASS GREEN!!

When I use an editor, I don’t want eight extra KILOBYTES of
worthless help screens and cursor positioning code! I just want an
EDitor!! Not a “viitor”. Not a “emacsitor”.
Those aren’t even WORDS!!! ED! ED! ED IS THE STANDARD!!!

When IBM, in its ever-present omnipotence, needed to base their
“edlin” on a Unix standard, did they mimic vi? No.
Emacs? Surely you jest. They chose the most karmic editor of all.
The standard.

Ed is for those who can remember what they are working on.
If you are an idiot, you should use Emacs. If you are an Emacs, you
should not be vi. If you use ED, you are on THE PATH TO REDEMPTION.
THE SO-CALLED “VISUAL” EDITORS HAVE BEEN PLACED HERE BY ED
TO TEMPT THE FAITHLESS. DO NOT GIVE IN!!! THE MIGHTY ED HAS
SPOKEN!!!

In Massachusetts, I can’t picture Emac without Bolio…

What, no obligatory XKCD yet? Ok… 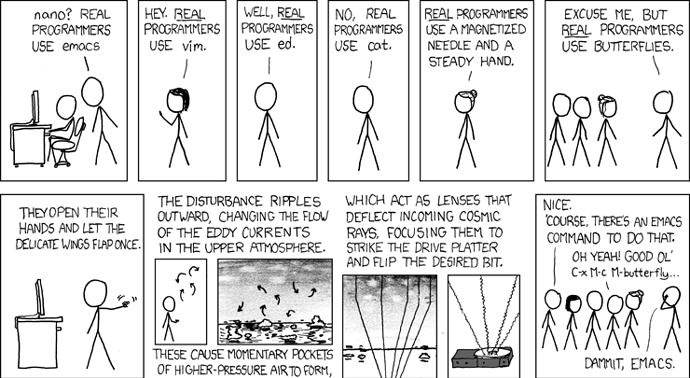 Wow! That looks like it was from the set of “Electra Woman and Dyna Girl”

The base of that console is pretty much the standard military issue steel desk of a certain time period… the chrome-edged, battleship grey streamline aesthetic really takes me back. It’s what the WHOPR was supposed to look like in the movie War Games, but they didn’t quite get it perfect.

All I know is I’m going to demand my desk at work be replaced by one of those!

If you really want to know, I did an image search, and apparently it’s an (the?) IBM Selective Sequence Electronic Calculator:

…and now I understand emacs users.