🔫 Firearms: Why own them? Why ban them?

don’t we already have an active Firearms thread?

That one’s supposed to be for Q & A about guns and their use, not about the reasons people might want to own, use or regulate them.

Things can be fit to or used by individuals without needing to posit a fictitious relationship with inanimate objects. Unfortunately, the world of rampant commerce is not organized around customization or hygiene, but instinctive acquisition and hoarding for their own sake.

Anyway, my point was only that discussions about firearms ownership rarely ever consider public versus personal “ownership”, so I put it out there. It’s also relevant because it appears to be one of the most entrenched and contentious forms of classism perpetuated by The State.

Yeah, because everyone totally always stays perfectly on topic.

The difference being @snowlark set out some pretty specific ground rules for the other discussion. It’s an attempt anyway.

I meant as far as why this topic got split.

my point was only that discussions about firearms ownership rarely ever consider public versus personal “ownership”, so I put it out there. It’s also relevant because it appears to be one of the most entrenched and contentious forms of classism perpetuated by The State.

I appreciated it in that sense.

The only reasons I’d want to own a gun are to defend my children from klansmen and rogue police, and because it’s not actually legal for me to hunt with a sword or axe.

EDIT: it has been pointed out to me that when local corrupt police came to my house to harass me in the middle of the night, I purposely disarmed myself as soon as I saw their uniforms.

If someone is willing to buy a stolen gun, and carry it illegally, knowing that doing so will increase the seriousness of the sentence should they be arrested, are they likely to purchase insurance?

lol - so the ‘for gun control’ people don’t need to be deterred? The firearms enthusiasts wouldn’t be there trumpeting first in those threads if the issue wasn’t previously raised.

mandating private insurance is the worst way to tax people ever invented. It’s a horrible moral hazard and a big driver for government corruption, one of the biggest. Any insurance required by law should be collected and disbursed by the government on a purely non-profit basis, otherwise it’s just tax farming.

If private insurance had existed during Dante’s time, he would have created a new sublevel of the seventh circle of Hell for them, right below the ursurers.

Fanatics of any sort are annoying to me; but during my time here, I’ve seen much more of what I previously described than what you just addressed.

Not saying it doesn’t happen ever, just that it seems much more prevalent coming from one group than from the other.

Never fear, though; anyone wanting to get into a Pro or Anti-gun conversation on a thread that’s actually about the victims of gun violence will be politely & promptly redirected to your post, as well as Snowlark’s. 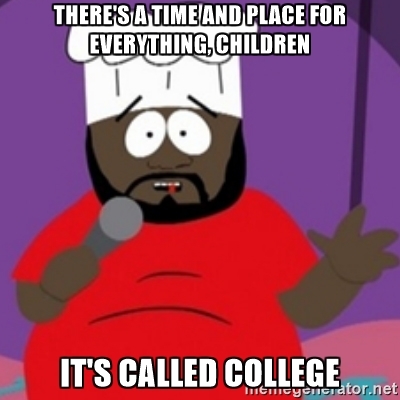 But I’m not optimistic about that happening…

I will try to reply everything as I can, but I am going to try to be productive today. So maybe tonight…

However, this was posted in the original thread and I wanted to respond.

🔫 Firearms: Everything you wanted to know (and the opportunity to ask if you don't)

In computer security, there’s something called the Principle of Least Privilege. That is, you are given exactly the access you need to do your job, and not a whisker more. If you need access to one file that you don’t have, you put in a request, and you’re given access to that file, but not the other files in that directory. This limits the amount of damage people can do, either accidentally or maliciously.

Ugh - no. Restrictive access is great if you are trying to keep your company servers secure, or keep your child safe, but as for how to run the government or really any thing for the “public” it is a horrible idea.

If we ran say the internet like that, there would be no Darknet, no encryption community, no EFF, the ability to control dissenters and public opinion would be akin to North Korea or China.

Your attitude smacks of elitism and honestly is the attitude I can’t stand from many “liberals” (Note, not saying you are necessarily liberal, nor that all liberals share the following viewpoint). They know better than you what is good for you, they decide what you can and can’t do/should and shouldn’t be allowed to do. Of course when you are the “administrator” the rules don’t apply to you. (Note conservatives do the same things on certain issues as well.)

This sort of thinking leads to authoritarianism, not liberty. Every dictator starts out thinking if everyone just followed their simple rules there would be peace and order. And honestly, I can see how one would think something like this would work. In High School I wrote a paper on how to create the perfect Empire. It solved things like religious and cultural tensions. Well, at least in theory. Odds are what works well on paper doesn’t work well IRL.

Let’s start by jailing everyone who is caught on the street with a gun and no carry permit. (I’m completely in favor of requiring a carry permit which requires training, as long as the permit can’t be arbitrarily denied 'cos the sheriff doesn’t like you).

After we get all those people locked up, then I’m willing to talk about the people who have guns in their nightstand drawers.

So should we use the “most effective” technique of finding people carrying illegally which is “stop and frisk” aka “walking while black”?

I agree with you on the permits thing, and wouldn’t be against a strong law against illegal carry if that were the case, but here in California where I live, it isn’t - it is most definitely “shall issue” and I live in a “shall NOT issue county”. Our penalty for carrying is pretty low for first time offenders, and there is even a clause making it ok to carry without a permit if your life is in “grave danger”.

It’s unlikely we’ve gone even 1 day without a mass shooting. There was one in Grand Rapids, MI on Monday. We’re just not hearing so much in the news because the election is coming and a drumpfsterfire is running.

No, I am only pointing to the NYC enforcement, which AFAIK, is the only successful program for taking illegally carried guns off the street.

How do you propose that law enforcement find people illegally carrying guns? (Aside from people who carry them through security checkpoints like airports without declaring them)

It sounds like they’re assuming that most of the people who would be checked would likely be. And if so, it would end up making it a self-fulfilling prophecy that most of those caught would be.