Continuing the discussion from CBC warns Canadians: US cops will pull you over and steal your money:

CBC warns Canadians: US cops will pull you over and steal your money

TBH, I’d rather be a member of any other distinctly visible group than to be aboriginal/FN/Inuit in any interaction with police.

There’s one exception to that. Organized protests, especially those involving land claims. 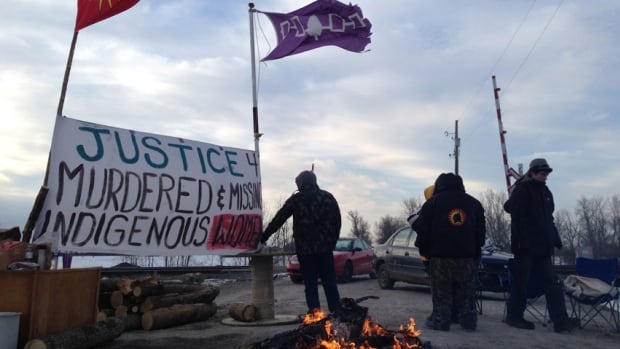 Protesters near the Tyendinaga Mohawk reserve in southern Ontario who blocked the Montreal-Toronto Via Rail line to draw attention to missing and murdered aboriginal women have all gone home.

What do you think would happen to a group of Occupy protesters who blockaded train tracks?

Or a group that occupied a subdivision under construction.

I’m not saying that the cops should put on riot gear and break up the protests, I’m saying that that’s what they would do if it was any other group. This also seems to be a recent change. I think there might have been a change in policy after Dudley George was shot and killed by the cops at Ipperwash.

There were a few lessons taken at Oka, too. (Unfortunately not the negotiating in good faith ones.)

The Feds showed amazing restraint when American Indian activists forcibly took over Alcatraz in the 70s. Hard to imagine a similar situation ending without bloodshed today.

This topic was automatically closed after 886 days. New replies are no longer allowed.