lovely.
even wackadoo extremist Canadians can’t help but be polite!

If they want to live in a failed or failing state (one that’s lost its monopoly on violence and law enforcement) they’re in the wrong place. They’d have a better shot in the U.S.

A mob assaulting police officers? I can’t believe they didn’t draw their weapons.

A white mob? Of course.

I hope the cops start realizing who is the real threat to them.

The main puzzlement is the organizer wearing the 1776 t-shirt.

I love how they feel as though they’re being effective, at all, by just randomly yelling what they hope to happen, as if it will somehow manifest itself.

These are the same people who likely go on about their First and Second Amendment rights … and you and I know that uh, this is Canada, not the U.S. …

This is neither here, nor there, but the guy in the purple shirt bears an uncanny resemblance to my neighbor’s ex-husband.

More on topic…Hey, US cops, look - you can arrest people without shooting, choking or choking to death the person you’re trying to arrest! Maybe it’s easier to do if your gun stays holstered?

Here’s how it works in the real world:

What You Need to Know About Making a Citizen's Arrest

I love how they feel as though they’re being effective, at all, by just randomly yelling what they hope to happen, as if it will somehow manifest itself.

Magical thinking is at the core of their ideology. 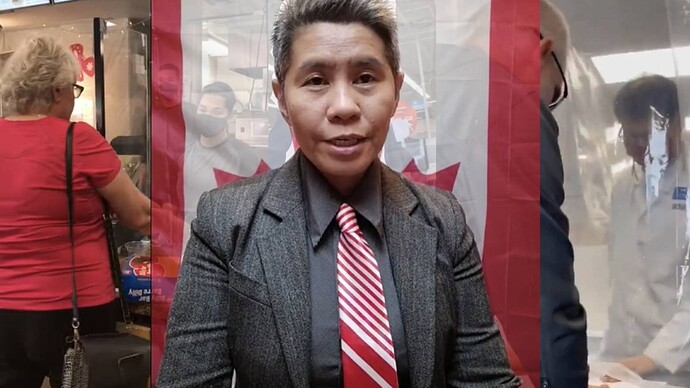 A woman who claims she is the secret ruler of Canada has, thanks to QAnon influencers, thousands of followers, some of which are extremely active offline and harassing Canadians. 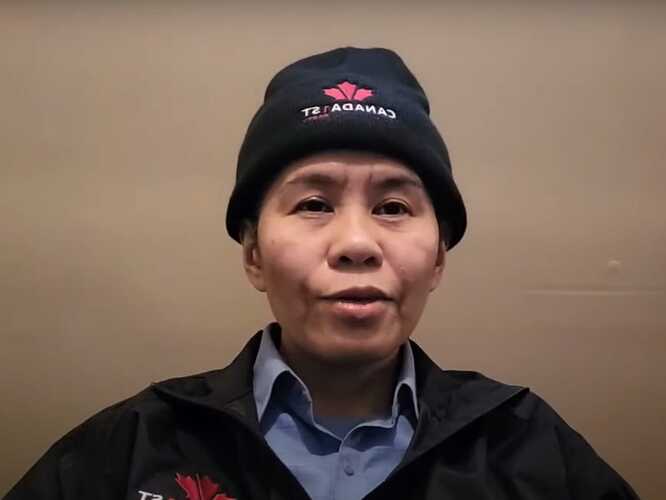 As a Canadian, let me shed some light on this whole sordid event.

This little group is a follower of someone calling herself Queen Romana Didulo, who has declared herself the Queen of Canada based on a dream where God ordained her. Yes, she’s a diagnosed schizophrenic, and yes the courts have repeatedly told her to take her meds, but who can order the Queen around? She’s Filipino, but her followers are the usual white boomer crowd.

She believes that the current government is now illegitimate, and she travels around in an RV with her followers. She’s a massive Q-Anon believer, so all of her “official communications” are filled with barely legible conspiracy madness and threats of violence. She and her followers all dress like cult members and make proclamations that all current government officials are guilty of treason and will be hanged, that her followers are to make war on the government, that she’s forgiven everyone’s debts and so nobody needs to pay them anymore, etc. If you’re wondering if our law enforcement also loves neo-fascists like American cops do, the fact that she’s still running around and not in jail is proof enough.

This took place in Peterborough, Ontario. Why Peterborough? Good question, nobody seems to know, but it’s probably because her “mobile government” was going to be passing through at that time. As to whether or not this incident will make our police see that mostly white, right-wing terrorism is also something they should be concerned about - time will tell, but I don’t hold out hope.

I’m hearing “stand down police.” They might not be as polite as we think!

You beat me by about five seconds there.

that she’s forgiven everyone’s debts and so nobody needs to pay them anymore, etc

Which works as well as expected. 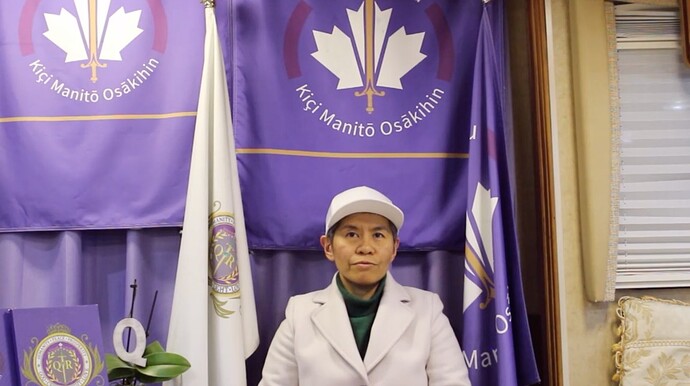 The QAnon Queen of Canada told her followers to stop paying their electricity and water bills because she declared them free. But now the utility companies are calling. 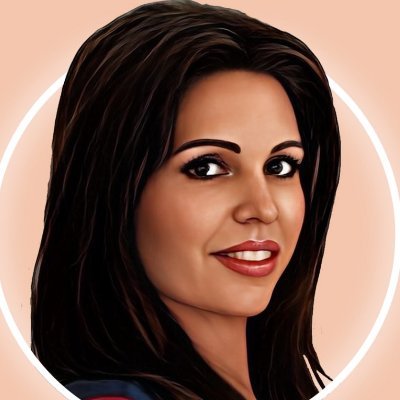 and i’m being flip, btw.

I have a vague memory of some vampire movie where the victim holds up a cross, thinking I’ve got the vampire cornered now, he just rolls his eyes and grabs the crucifix out of his hands and gets to work on the guy’s neck.

yeah. those things don’t work on me, either.