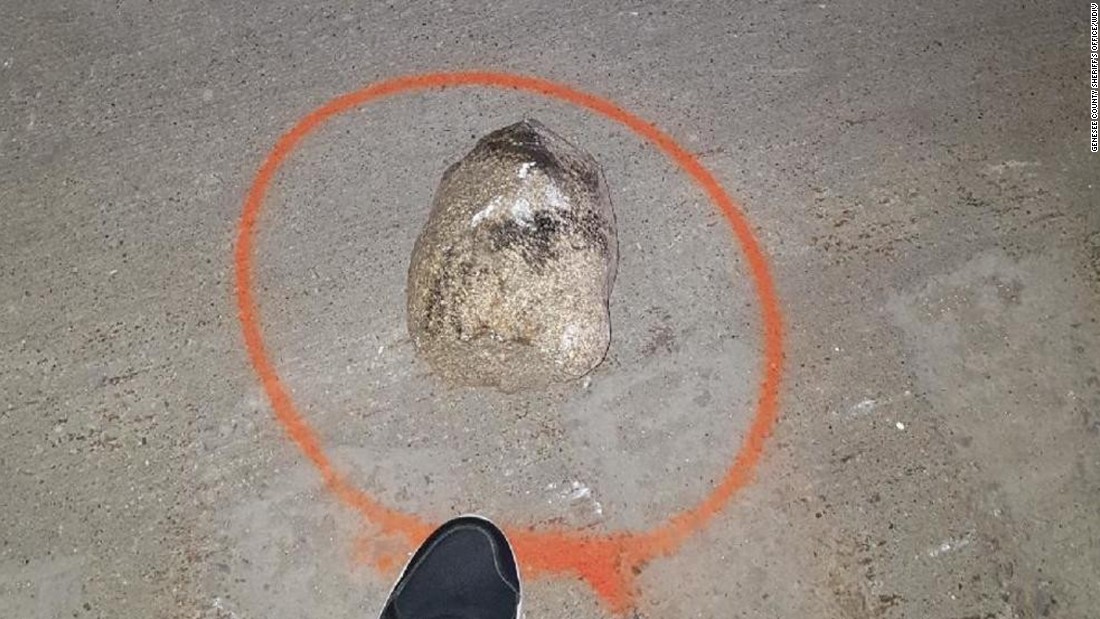 Five teenagers from Michigan have been charged with second-degree murder after being accused of throwing a rock off an overpass that killed a man, according to the Genesee County Sheriff's Office.

Sadly, not the first time in recent memory that this has happened:

Sharon Budd talks about long road back from rock-throwing injury

Sharon Budd's team of teachers has been replaced by a team of doctors. Hectic school days are replaced with trips to the grocery store, family dinners and

The story has an even sadder epilogue: ‘A double tragedy’: Man shoots himself two years after wife’s skull was crushed...

Randy Budd, who pushed for new laws requiring highway overpass fences after his wife was nearly killed by a large rock thrown at their windshield, died Saturday.

I was on a SEPTA R2 commuter train traveling about 60mph (to try to clear the track for the Acela) when a kid dropped a rock off an overpass.

The safety glass windshield wrapped around the softball-sized rock like christmas paper, and struck the engineer directly in the face. His head hit the window of the door behind him loudly, and as the train slowed from his hand leaving the throttle, he slumped to the floor, leaving a smear of blood down the window.

I was in the second seat on the left side, and I leapt to my feet to go to his assistance. At exactly the same time, a man in the second seat on the right side did exactly the same thing, and the sound of our heads colliding in the middle of the aisle was like two ripe watermelons dropping on concrete. Stunned nearly unconscious, we both fell back into our seats, while the conductor rushed past to the aid of the engineer. Some days it just doesn’t pay to gnaw through the straps in the morning.

BUT the nice ending of this - the rock picked up so much forward velocity in the puncturing of the window that it did not hit the engineer’s face at 60mph, so his head was not reduced to paste, and we were told that he eventually made a full recovery.

Not clickin the heart icon because that is truly effen awful. Glad the driver recovered, but that is horrid. I hope that kid was caught.