In before “Why no white history month, huh?” 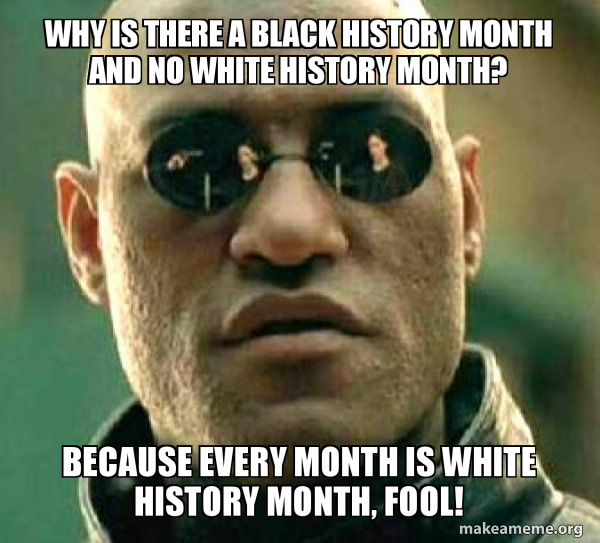 According to DeSantis’s spokesperson Bryan Griffin, the curriculum "“leaves large, ambiguous gaps that can be filled with additional ideological material, which we will not allow.”

In other words “we can’t actually find anything remotely objectionable in the curriculum itself so we are depending on our most bigoted citizens to just imagine something really scary.”

In further news a politician who abuses and exploits the beliefs of their constituents including the idea of hell really hopes hell doesn’t exist.

Did DeSantis just make it legally mandatory to study African Americans as a part of American history generally; rather than an intrinsically distinct xeno-class?

If this fascist is going to deny education to young people in the entire state (the better to preserve his party’s low-information voter base), it’s not surprising that he’d add some gratuitous extra pain for Black people (because his party’s voter base is racist).

True fact: DeSantis’ favorite politician killed himself in a bunker at the end of World War II.

but if the course went into great detail in presenting ideological material (my guess is this is code for “racism”), it would not be allowed either.

He’s using the same playbook Arizona Republicans used in 2010. The racist af Arizona legislature banned Mexican-American Studies in Tucson, though the Federal courts overturned the law as unconstitutional in 2017. Tom Horne who is sadly once again the racist af Superintendant of Schools will probably try to ban it again, but will have a harder time because we have Democrats for both governor and AG.

Republicans: education is EXTREMELY dangerous and must be monitored to prevent impressionable young minds from indoctrination. Don’t even get me started on drag queens and LGBTQ culture! Protect our children!

Also Republicans: guns are not a problem, especially not in schools. In fact what we really need is MORE guns in schools! An armed faculty is a polite faculty.

I’d love to see the College Board push back on this, and strip all of Florida of its AP courses. There’s a good argument to be made that the integrity of national curricula is compromised when low-level politicians can pick things out they don’t like. Then let the wealthy contributors whose sons and daughters can’t take AP calc and get into an Ivy take DeSantis to task.

It’s a neat idea, but it would require the CB putting principle first, so not likely.

strip all of Florida of its AP courses.

I see the intent of the proposal, but the main effect would be to further harm students who are already being saddled with the burden of being educated in Florida. That would also be highly unlikely to affect those wealthy contributors as their children are already going to private schools and are thereby insulated from that kind of thing.

As one pundit put it on MSNBC, all of DeSantis’ rallying against anything having to do with African-Americans in education is actually CRT in action.

My take: thus proving CRT this marks it as a field worth studying in schools and academics.

Oh irony, how art thou?

It’s amazing how petty all these bigoted fuckwits are.

the integrity of national curricula

They do not care about such things. They will happily tear down national curricula in order to impose their chosen ideology onto all young people in their state. That would, honestly, just play into what Desantis is trying to do here.

but it would require the CB putting principle first, so not likely.

Hey, it’s even sugar-free, thank you! 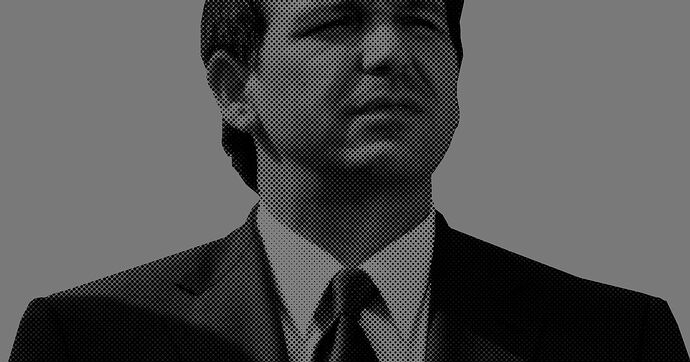 You’d think the state would be able to explicate its reasons.

I emailed the Florida Department of Education to ask, “Why is this inexplicable? If it is inexplicable, how do you know that it is contrary to Florida law?” I have not immediately received a response and do not expect to. It may be unrealistic to expect grammatical coherence in an official letter from the state of Florida, but I would like to remind readers that this is an education agency.

In the meantime, DeSantis has banned his students from choosing to take Advanced Placement African American history, for reasons his own officials say defy any explanation.

Aside from kidnapping refugees from another state to send them off to yet another state, does Desantis actually do anything? Or does he just stop other people from doing things?

He’s got plenty of catnip for the GQP base, but I have never seen him do anything that would win him votes beyond that.