I don’t know Photoshop, but I’m thinking layers of video…

On the facebook site, the poster says that the disappearance (and, I’m guessing, this doubling of the image) is an artifact of the facebook uploading, and that it’s not in the original video. My vote is that it’s a skinny kid goofing around in her driveway, possibly a prank on the poster.
ETA: Maybe even one of her own kids. You can see the shadow of a door opening at the beginning, as though the “creature” is coming out of the house.

A hoax or not but the X-Files theme song needs to be added to the video.

Yeah, but played on a grinder organ.

Consistent with @mr_raccoon’s suggestion of a Pepper’s Ghost illusion. The polystyrene/polycarbonate reflecting surface will have two reflecting surfaces: the front, main surface and a fainter, secondary surface from the back of the material. The distance between the two “Dobbys” is dependent on the thickness of the material and, I think, the distance to the camera? Or maybe the difference between the distance to reflector/reflector to camera. Crap. Gotta dig up my optics book…

Except a Pepper’s ghost illusion wouldn’t cast shadows, or reflect in the windows of both the car and the house (and even the finish of the car) The brief double image is clearly a video artifact - a PGI would not instantaneously disappear within a single frame. I’m about 90% sure it’s just a kid in her driveway goofing off.

Looks like a skinny kid in pigtails goofing around in front of a security camera with the infrared cranked to me.

As for the disappearance at the end of the first two instances, that looks like a crossfade into the next repeat. They don’t happen at the same time, the second instance is slightly later.

And the ghost image at around 8 or 9 seconds supports the idea of a crossfade. A brief flash of the kid appears at the very beginning of the video, exactly where the ghost appears. That’s what shows up as a ghost image, as it crossfades into the second instance. If you don’t see the flash at the very beginning, let the video play to the end and stop. Then hit Replay.

If they have the technical know how and equipment to pull that off, they likely have the know-how to use After Effects, which would achieve the same effect in a much more straightforward way, and account for the shadow and so on.

I’d say aliens, except for the little chicken dance -

If this is real, then why doesn’t it show the creature walking off camera? It’s very suspicious that the footage stops while there is clearly more action to be seen. 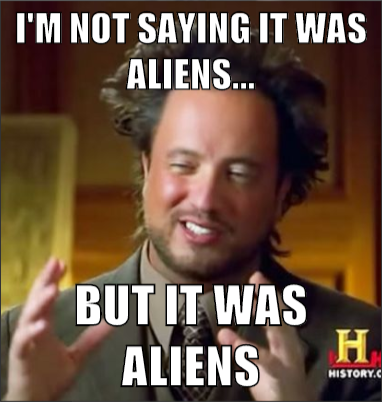 It is interesting they mention it not showing up in the other two cameras. It might seem superfluous to mention that in her post, but as it was on Facebook it would be read by friends who might be aware she has two more cameras on the drive and ask about what they show. The other two cameras need to be discounted because it is one thing to fake it from one POV, but to do so consistently from three is several orders of magnitude more complex. 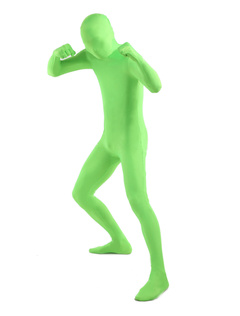 I have one of these at home, its pronounced “9-yr old”

Agreed - a pale, possibly nude, 9-ish year old kid. I noticed the beginning of the Orange Justice emote before breaking off to half-Floss before the kid disappeared.

The elf moves but all traffic in right top corner are frozen in time. Dobby is a magic elf!