For all of your sedition tracking needs

Good to see that supporters of their law and order President will get to examine said law and order in such close detail, it’s what they would have wanted.

How long until trump pardons them all?

Really digging Matthew Bledsoe’s PMURT hat. Wondering why we haven’t all been calling him that for the last five years…

He only has a few days left 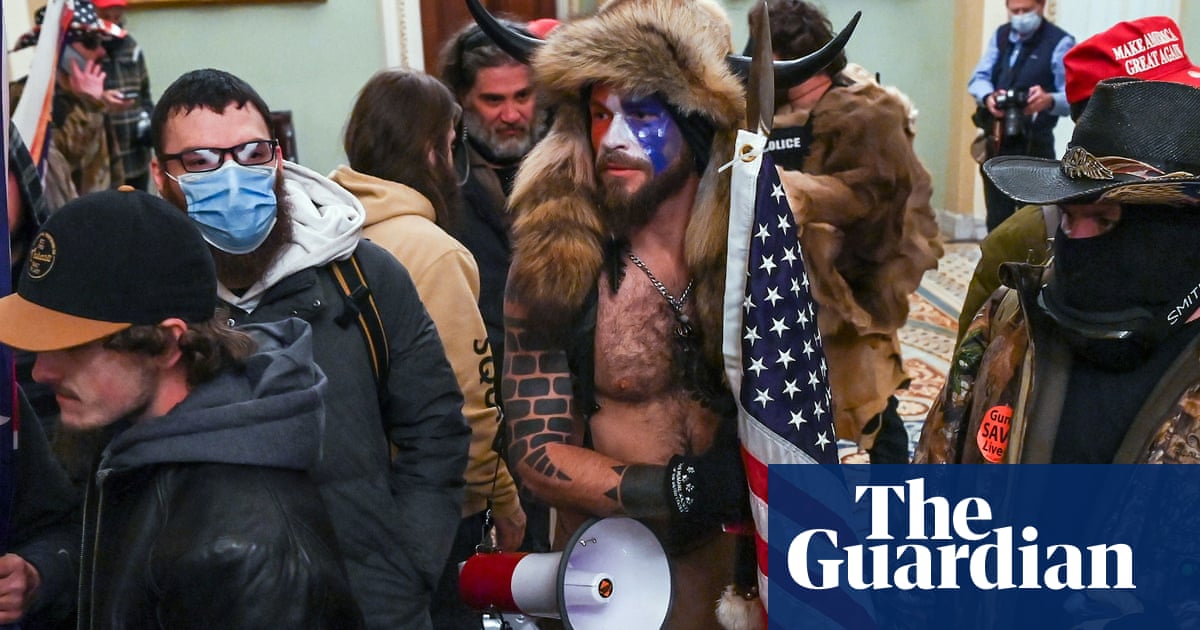 'I’m facing a prison sentence': US Capitol rioters plead with Trump for pardons

Arrested Trump supporters say they were ‘listening’ to the president

I immediately thought he would, but at this point I’m not so sure (and various reporting on his “state of mind” seems to endorse that belief). It would almost be a confession on his part. Better to totally distance himself. Based on his past experience, throwing everyone under the bus seems to be the default.

In fact, as I say that it occurs to me that everyone he did pardon in relation to his various criminal acts were those who rode obstruction into their own charges and gave up little to nothing by way of actionable information. These idiots have already served their purpose and there’s no benefit to be had in exonerating them as opposed to, say Roger Stone. Stone still has a lot of life to criminal around with donnie in his sunset years.

He doesn’t care about them. They’re just props, not people. And if he listens to what’s left of his legal team has probably already told them that if he pardons them they can be forced to testify without Fifth Amendment protections.

It promises sedition. Fine. Give me the plots to murder, kidnap. and bomb…

I have a feeling the list of seditionists who will need to be identified is going to be substantially longer in the next few days.

How long until trump pardons them all?

I suspect he won’t, as someone will have told him pardoning these people increases his own legal exposure. That’s worth a lot more to him than making sure he doesn’t lose any supporters, especially if those supporters can’t do anything for him. (And given how he’s continually screwed over his supporters without losing their support, I bet he’s feeling pretty bulletproof in that regard.)

Yeah, there was some definite quid-pro-quo going on there; Trump directly benefited by pardoning them. He gave them a task and rewarded them for succeeding at it (keeping him out of legal trouble). He gave these seditionists a job and they failed at it - congress and Pence went untouched. I can’t imagine he’s feeling particularly charitable, really.

Give me the plots to murder, kidnap. and bomb…

I wonder if the more serious charges are waiting for cases to be built water-tight - or for Trump to leave office.

And there’s also this. I don’t see these terrorists getting any pardons.

Analysis | No, Trump can’t pardon himself or other insurrectionists....

Congress can affirm what "except in cases of impeachment" means.

Not that it would stop Trump from trying it, but it’s reassuring to think it wouldn’t actually work if he did.

I’ve been greatly enjoying reading the affidavits and charges of each seditionist as they are arrested.

A sitting president cannot pardon crimes related to his own impeachment.

He’s in quite a bind, with the Impeachment and all.

It really is almost unknowable how his immense narcissism will guide him in this decision. Obviously, he wants to pardon them all. But he’s never had qualms about cutting someone off, if that’s in his best interest. Plus, his attorneys are probably plenty busy with the pardon for himself and his own family’s pardons. I can’t wait to see how this ends.

Probably the most pathetic insurrection in history, perpetrated by the dumbest, softest, most pampered and complacent „revolutionaries“ the world has ever seen. I sure would like to be a fly on the wall in some of their households over the coming weeks and months.

For when we are finally able to attend Halloween parties again, I’m going to cosplay as a Cletus Revolutionary ™. All camo clothing, down to and including my watchband, a tactical belt to contain my bearspray, a military camo backpack with a hundred straps, a Gadsden flag, perhaps a pitchfork, and a MAGA hat to top it all off. Oh, and a Q belt buckle to bring it all together.

Well, he’s got less than 100 hours left to do so. My guess is he deserts them, since they are low class losers and he prefers seditionists who don’t get captured.

I’m sure he’s got at least one more speech to go wherein he’ll throw in some vague, empty pledge that could be interpreted by them as a blessing, if only to keep the rubes baited.

Until I see “convicted” next to their names I will not be completely satisfied. But travelling from out of state for endless court proceedings is an ok consolation prize. Progressive protestors have had to deal with that headache, so good, “now you know.”