Originally published at: Fox News invents a fake Trans Joker controversy to have a melt down over | Boing Boing

Following close on heels of the M&M “controversy”, this makes me think that at the moment Rupert is running low on material with which to outrage and scare all those old people. 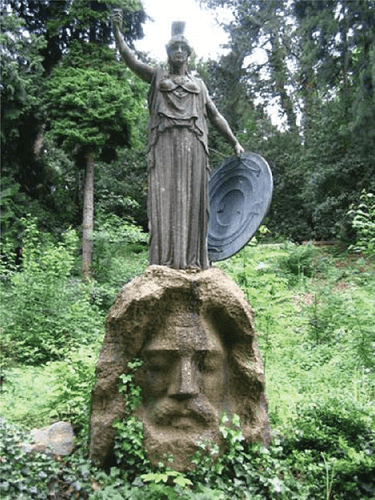 eta: Quick! Someone tell Fox that Zeus is Woke!

With the GOP taking control of the house of reps, the Pelosi/congress scare mongering they normally do no longer pushes the agenda. That leaves many empty hours to fill

PUSHING THEIR CHOICES ON CHILDREN

… of course, this phrase can mean anything

It’s the standard fascist trial balloon, where they see who they can push into the closet this week

Outrage is their bread and butter.

How much ya wanna bet they have several employees dedicated to looking for anything that can be willfully misinterpreted to fit their angry narrative?

I always wonder about this with talk shows. Some poor sucker has to watch endless hours of Fox News to come up with bits for Colbert et al. And I’m sure that 90% of the segments they flag don’t even get jokes written for them. I could not do that.

IIRC, they have a service that records clips and sorts/filters on keywords from the closed captioning.

Even if this was a depiction of the Joker as a trans person then wouldn’t it be depicting LGBTQ people in a negative light since Joker is a villain?

I don’t recall anyone accusing the James Bond franchise of going woke when a mincing Blofeld sent a pair of gay henchmen to take out 007.

Libsoftiktok has entered the chat!

Have those people ever read any Silver Age Joker comics? 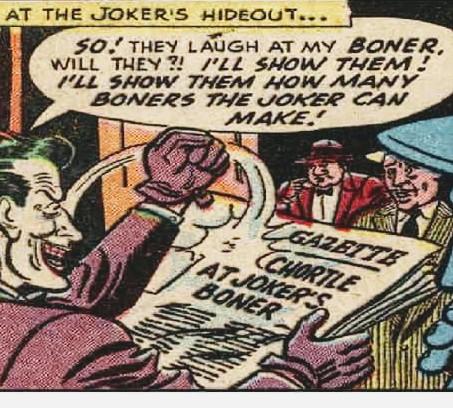 And then there was that time the Joker tricked people in Gotham into tanning their balls. Oh wait, that was the Swan.

I’d point out that there are several trans characters in the DC Universe, but they’re well portrayed and not really good for creating controversy. “Yes, this is a character that exists … and … well, they exist.”

Similarly there is a gay couple among the villains in Mad Max 2. It must have been meant to disgust the audience at the time—and the antagonists are horrible people for other reasons—but today their relationship humanizes them on the screen 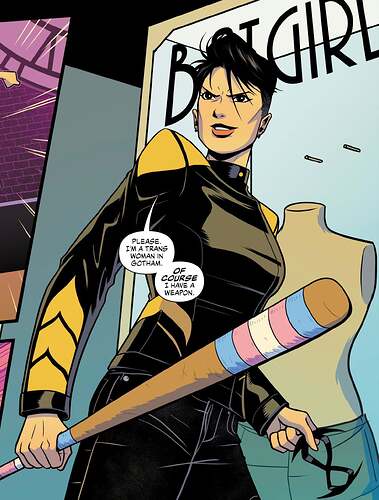 Boy oh boy, they are really reaching. Just when I think they’ve hit rock bottom, it turns out, yet again, that there is no bottom. (except maybe Tucker Carlson)

Following close on heels of the M&M “controversy”

Even Tucker Carlson is getting fed up with this shit, and that man is a moral toilet.

How about a whole comic book about the child of Hermes and Aphrodite, who was named Hermaphrodit-… er, uh, never mind.

wouldn’t it be depicting LGBTQ people in a negative light since Joker is a villain?

The folks at Fox News still haven’t figured out that the mass-murdering psychopath is the bad guy. They kind of idolize him.

Alysia was actually the first one to come to mind, although there have been others. (Wanda in Sandman: A Game of You, for instance, although she died so perhaps they’d approve of that.)

I’m surprised they never latched on to the fact that the Joker is a man wearing makeup.

, it turns out, yet again, that there is no bottom. (except maybe Tucker Carlson)

I don’t think Cucker Tarlson has got what it takes to be a bottom, certainly not the power-bottom he thinks he is. How could anybody even try to top that ass? any perceived puns are purely unintentional s/

Even Tucker Carlson is getting fed up with this shit, and that man is a moral toilet
So that explains why his cheeks are always so flushed?!