Fox then and now: watch their extreme about-face on border conditions

Originally published at: Fox then and now: watch their extreme about-face on border conditions | Boing Boing

Wait, what year is this? How long have I had this same nightmare? 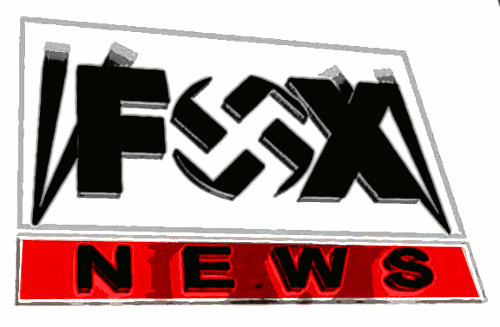 “We have always been at war with Eurasia.”

Even if this is in bad faith and an inherited problem, I hope that the Biden administration does do more to fix this problem as they move forward. Only been in power for a few months so I find it pretty laughable that it’s their fault, but two years from now I hope we don’t look back and say ‘oh okay cool nothing changed.’

Note that none of them said: “We had four years to fix this hot mess, and did nothing.”

I find none of this surprising from Fux & Fools. Nothing is too hypocritical for his deep fried base either. The part that truly gets to me are the semi-sane people who cling to the repugnant party because they are from way back when the Repugs were socially and fiscally conservative but not rabid hate mongers. Although I’ve never voted republican I used to know some that I could respectfully disagree with. The tipping point seemed to be newt gingrich and his vile ilk. I’m sure those of you who are better versed in the history of political parties and their policies can point to pre-newt tools that signaled the current insane haters. As a kid from a small rural area almost all of my friends had republican parents. These included the Mayor, the States Attorney, Physicians and all of them were aware of my families Democratic roots. I spent nights at their homes, their kids spent time with us. Their fathers cared about me, asked about my plans for school, offered suggestions and were pleasant with my folks. This kind of republican voters still exist but I can’t imagine how they do it. How can they have decent human values and still support any of the current crop of republicans. Some of this shit is just too bizarre to grasp.

Not defending Fox, but CNN and MSNBC have done this but in the other direction, either outright ignoring it, or pretty much doing the same thing Fox did for Trump.

The reality is NOTHING at the border has changed, it’s the same shit situation it was before , and shame on anyone who doesn’t (and didn’t) call it out all along. Kids don’t belong in cages ripped away from their parents period, and it shouldn’t matter who the president is for networks to scream about that.

Not defending Fox, but …

… but it sure comes across as a defense of fox news. like with fox it is twisted in a knot to avoid saying which president enacted those horrible policies with a side of whataboutism

Oh Trump absolutely is responsible for this. No doubt. And I’m not doing whataboutism. I’m saying Biden hasn’t stopped it, and in fact seemingly increased it, and it needs to stop.

Remember a few months into a certain presidency which Faux News really seemed to have a problem with for some unidentifiable reason (hint: it was racism) when the inherited financial situation was all the fault of the black guy?

It’s not about what’s actually happening. It’s about manufacturing something (outrage, a feeling of persecution, etc…) to control their audience.

The Both Sides argument, really?

Not defending Fox, but CNN and MSNBC have done this but in the other direction, either outright ignoring it, or pretty much doing the same thing Fox did for Trump.

I don’t think anyone denies that everyone has a bias, but you need to back up your claim that both sides are just as bad. I mean, some flip is expected, but the level that Faux does it brings it to a whole new level.

In other words, you seem to be comparing pulling a knife and slashing at fellow passengers to the normal nudging and shoving. Technically the same, but only at very low res.

Possibly, but it’s more of "Even though I have an executive disfunction disorder, I don’t need a loop of the latest news every fifteen minutes, complete with replay and possibly biased analysis about said event.

9/11 was the crippling blow for me, and the Columbia breaking on on re-entry was the nail in that particular coffin.

I’m not saying both sides are just as bad. I’m saying that before the election there were multiple stories on cnn and msnbcs front page about kids in cages, and now there hasn’t been a story on eithers for weeks as far as i can tell. I actually personally thought the practice was ended because of that only to be reminded by npr that nope, it was not only not ended but intentionally continued.

I definitely agree that fox is the worst at this hypocrisy, and they’re so far away from the others that they might as well write the book on lying. I just wish the news sources I trust would have told me this was still going on

Yeah, I don’t want you to think I’m attacking. It’s all about what the point was, which was that even though some partisan POV is to be expected, the level Fox is taking it to is breathtaking.

My news view is skewed by my expat status, so I get more from European sources. They have been pointing out that the situation hasn’t been improving as fast as people hoped, and some suggesting the Biden administration has been letting bad press about the detention facilities leak to discourage refugees. So far no stories of “gee, things are much better!” as much as “hey, things haven’t changed as much as the new guy promised!” with a caveat of “maybe he hasn’t gotten around to it yet?”

Not defending either as I dgaf about them and think that every major journalism house needs a top-to-bottom reexamination.

However, that reporting was because the border situation under trump was not business as usual like the current one is (which is still deplorable and needs immediate and drastic action). The reporting we saw over the past four years was because there was an explicit policy change to enact the cruelest possible measures as a deterrent to not just hopeful immigrants, but refugees of humanitarian crises. The issues at the border predates any living president and hasn’t really changed a whole lot, but the outrage was about intentionally inhumane policies and enforcement directives.

outrage was about intentionally inhumane policies and enforcement directives.

I just want to keep that outrage going because the current administration hasn’t changed the policies.

Agreed. No one is off the hook.