Stroking the clitoris? What’s wrong with a kiss boy?

Fillod’s 3D clit has come in the nick of time.

#ISeeWhatYouDidThere (Yes, there. Right there.)

Kissing the clitoris? I suppose that if the woman has already consented to having it stroked it’s probably OK, but ask just to make sure. 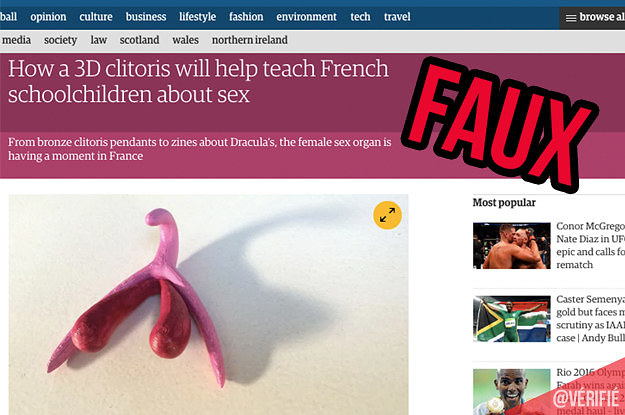 tldr. because she thought the sex-ed in France is awful, a scientist created a 3D-model free to download (by teachers or anyone else).
And now she’s also complaining that the Guardian (and other US medias) reinforced French stereotypes.

The clitoral marches are a bit odd. They get bigger as they go on, then pull back before reaching the destination.

You can, sadly, only satisfy half the adult population at the time. But that’s still much better than the average political party manages.

It will go so well with my Nick Cave doll!

because she thought the sex-ed in France is awful

As someone from the Midwestern US:

That does not look like any clitoris I ever met. This probably proves I am a tool of the Patriarchy.

As someone from the Midwestern US:

HA! This line can be repeated for just about anyone getting sex-education in 'Merica.

I’m getting a “War of the Worlds” vibe from that thing.

Well, how many sex-ed classes did you take in France? Maybe they aren’t that great.

While room for improvement, as someone from the midwest, my sex ed classes were servicable.

Well, how many sex-ed classes did you take in France?

The same number as I had in the Midwest: zero.

my sex ed classes were servicable

Really? How do you know? Do you have a basis for comparison?

(Only being slightly snarky, it’s an important question for anyone receiving any kind of education.)

Well, I had a kid, so I got it right at least once.